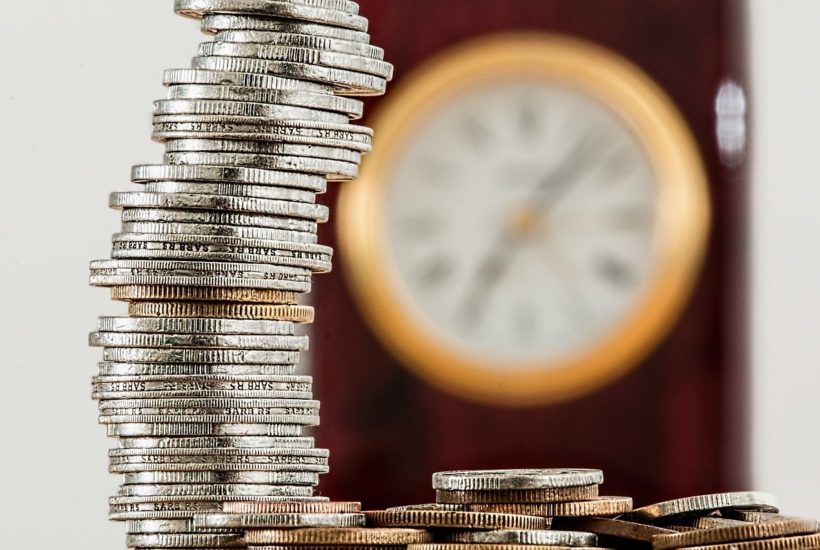 Initial Jobless claims totaled 900,000 for the week ending January 16th, after shedding 965,000 in the week prior. These numbers are over four times greater than they were a year ago. I find this to be not only sad but also remarkable in that we are still losing close to one million jobs per week a year after the Wuhan virus first broke out. More signs of economic stress were found in the December Retail Sales report. Sales dropped 0.7% last month, and the data for November was revised down to show a decline of 1.4%, instead of the 1.1% previously reported. Figures such as these illustrate just how fragile the economy still is, which will automatically put upward pressure on the level of outstanding debt. And, gives the new Administration impetus to pass more and bigger fiscal stimulus packages. That’s really bad news for any of us left that still care about debt and deficits.

The US budget deficit is up 60.7% in only the first three months of the budget year. The amount of annual red ink so far in fiscal 2021 was a record-breaking $572.9 billion, which is $216.3 billion higher than the same October-December period a year ago. Remarkably, we are living in the good old days of fiscal rectitude when compared to what lies ahead.

President Obama took a full eight years to add $9 trillion to the outstanding debt load. The MAGA President accomplished this baleful deed in only four.  Now, Joe Biden indicates his opening salvo for spending will be a $1.9 trillion COVID relief package, which will quickly be followed up by another two-trillion-dollar economic spending deal. It took over two hundred years’ worth of US history to accumulate $1 trillion in National debt. We did 4x that amount in the past 12 months alone, with the promise of trillions more in debt already on the way. Safe to say, there is no home for the party of fiscal and monetary conservatives any longer. Libertarians have become ostracized pariahs. The Tea Party went extinct moments after its birth.

This brings us to the Vice-Chair of the Fed, Richard Clarida, who said on an interview with CNBC recently that the Fed won’t raise interest rates until there exists a 2% rate of inflation for an entire year. Not only this, but former Vice-Chair Alan Blinder said in a recent Bloomberg interview that there would be “smooth cooperation between the Treasury and Fed.” Aren’t you relieved? So much for the separation between the Treasury and Fed. Treasury Secretary Janet Yellen will work well with the current holder of her former position (Fed Chair Powell) to ensure the purchasing power of your savings will get destroyed at an even faster pace than it is already.

SEE ALSO  How long does this bull market have to live?

Our Nation’s debt to GDP ratio has now climbed above 130%. More importantly, that debt has surged to equal 800% of our entire federal annual revenue. We have basically become an insolvent nation with annual deficits that mimic a banana republic. They are adding 15% of GDP per year to the whole insolvent dung heap. This record amount of debt will soon be held in the context of rapidly rising inflation due to the Fed’s monetization of direct government payments to the private sector. All this will be taking place at the same time the market will become concerned that the indiscriminate buyer of $120 billion of debt each month (the Fed) must someday soon begin removing its bid for these bonds. Perhaps, this will occur not so much due to any fear of inflation on the part of the Fed—central banks are now completely enamored with the idea of higher inflation—but rather because of the bond market’s reaction to inflation. Spiking yields will lead to a stampede of front-runners to try and sell ahead of the Fed and crashing bond prices.

The problem here is that each Fed-induced boom/bust cycle has served to addict the economy and market to lower and lower interest rates. The historical average Fed Funds Rate (FFR) has been about 5.5%. However, it only took a 5.25% FFR in June of 2006 to collapse the real estate market and the entire global economy. The FFR was still 25 bps below average, but that was too high to sustain the housing bubble and its related debt. Likewise, in December 2018, the FFR was inched back to just 2.5%. Nevertheless, that lower rate was enough to crash the REPO and stock market–pushing the Fed once again into retreat on its rate hiking cycle. This was true even though that rate was far less than half its average.

The simple truth was, asset-price valuations had soared to a level that only made sense in an environment of ultra-low interest rates. It’s the same for debt, which had climbed to a level that was untenable without near-zero servicing costs.

Today, the level of debt and asset prices have broken all previous records and valuation metrics. Therefore, it makes sense to assume that the level of interest rates necessary to topple the market and economy is much lower than the previous high-water mark of 2.5%. The Total market to GDP at the end of 2018 was “just” 123%. Today it sits at a perilously close to 200%. Similarly, Total Non-financial Debt was 260% at the end of 2018. This ratio now stands at 310%. This combination of record debt, which sits on top of a historic equity bubble, ensures that the Fed’s next foray into normalizing interest rates won’t last very long before the entire artificial edifice comes crashing down once again. This is especially true given the fact that the current rate of QE ($120 billion per month) is 50% greater than it has ever been before.

The fact is, Mr. Powell and his cohort of counterfeiters will never be able to normalize interest rates—not even remotely close. Forget about raising rates; they most likely will not even be able to exit QE this time around without cratering the markets. The only saving grace for investors will be to eschew the deep state of Wall Street’s mantra of passively holding a diversified portfolio of stocks and bonds. Rather, they must actively manage these cycles between inflation and deflation. This has become especially imperative because each progressive boom/bust cycle is becoming more destabilizing and pernicious.