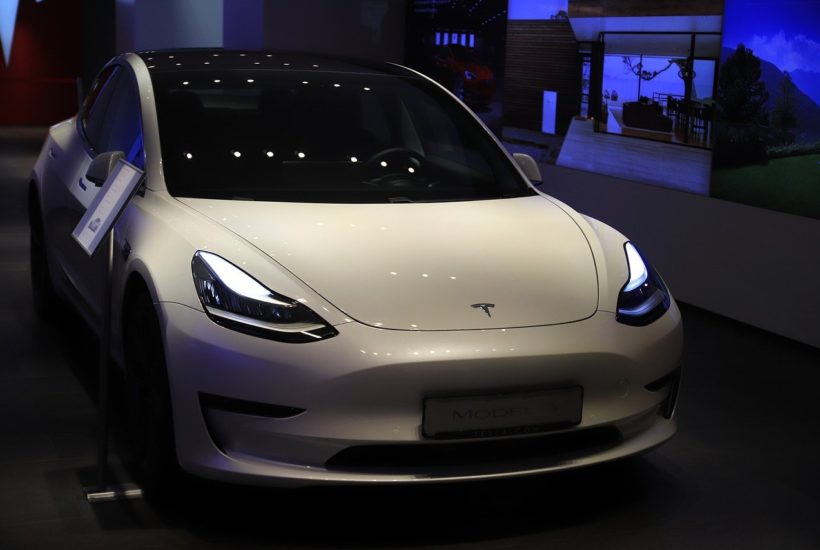 Billionaire philanthropist Bill Gates faced off with Tesla CEO Elon Musk on the merits of electric semi-trucks last year, and now one expert sides with Musk. Canaccord Genuity recently hosted a call with Tim Denoyer of ACT Research, who highlighted findings from his firm’s recent publication on electrification of the commercial vehicle market.

Recent regulations calling for lower carbon footprints and increased nitrogen oxides limitations and zero emissions on commercial vehicles will drive the push toward battery and fuel cell EVs in the trucking industry. ACT found that the total cost of ownership remains the primary driver of decisions in the industry.

Canaccord Genuity analyst Jed Dorsheimer noted that increased regulation on commercial vehicles is continuing a megatrend in energy and transportation. California rolled out new regulations for zero-emission commercial vehicles by 2024, and those regulations are expected to be rolled out nationwide by 2027. California has also increased restrictions on nitrogen oxide levels in emissions, which Dorsheimer said is “tightening the noose on diesel ICE transportation.”

Looking at total cost of ownership

ACT Research added that electrification would vary across different class and duty cycles. The firm believes buses, yard trucks and mid-heavy-duty trucks like those used for last-mile deliveries have the most advantageous cost of ownership today. It also expects battery electric vehicles to dominate trucking classes 4-8 because of continued reductions in battery costs and scaling.

Denoyer also found that battery electric vehicles’ total cost of ownership is in line with or below trucks running on diesel with internal combustion engines for most class 4-8 applications currently and accelerating. He discovered that BEVs have a better cost of ownership than fuel cell EVs across all truck classes, with a significant advantage in class 4.

Another benefit of BEVs over fuel cell EVs is the fact that it’s getting cheaper to produce batteries for electric vehicles, why hydrogen is comparatively expensive. Dorsheimer noted that Tesla, Volkswagen and other automakers claim to have reduced their battery costs by more than 50% with their latest Lithium-ion technology.

If such savings are realized by the broader battery supplier market, it will significantly impact the most expensive component in commercial electric vehicles. It will also drive down upfront costs, a significant contributor to the total cost of ownership. Dorsheimer expects battery technologies coming after 2025 to mature from prototypes to commercially relevant. He predicts that solid-state battery technology will bring major changes in energy density, which will allow for larger cargo loads for the same range or more range with the same cargo load.

The analyst added that solid-state batteries are safe because they remove the volatile liquid electrolyte, reducing cost further and unlocking weight savings at the pack level. He added that this is particularly important for commercial EVs because of the large amount of energy needed to haul heavy cargo at highway speeds.

Dorsheimer also pointed out that different classes and use cases will require a segmented rollout for charging and refueling infrastructure. For example, class 6 and 7 medium-duty commercial vehicles that dock every night or buses with steady stops and prolonged idle time don’t require as much of an infrastructure upgrade for commercial EVs as other trucks.

He pointed out that heavy-duty class 7 and 8 trucks have extended daily range across multiple geographies. They also haul heavy loads at fast speeds that will drain the battery and require more extensive and expensive charging infrastructure.

Several stocks offer opportunities to invest in the electrification of the commercial vehicle fleet. Tesla is perhaps the most obvious with its all-electric Semi. The automaker announced just this week that it had received an order for 10 electric semis and two Megachargers. The truck has been delayed several times, but it seems that it could be entering production soon, and Tesla has been picking up orders in the meantime.

Tesla should benefit from a number of government incentive programs aimed at helping accelerate the electrification of heavy-duty trucks. The Mobile Source Air Pollution Reduction Review Committee awarded MHX Leasing $1.9 million to deploy the new Tesla trucks and $560,000 to deploy two overhead electric cranes. The deal also includes two Megachargers, which are the automaker’s charging infrastructure for its semi.

Another way to play the electrification of the commercial fleet is through Volkswagen, which has become so serious about its shift to electric vehicles that it is changing its name to Voltswagen. The German automaker had been planning to build electric trucks and buses by next year, although it’s unclear whether that plan is still on track.

Additionally, Volvo unveiled its electric semi-truck with a 150-mile range in December ahead of a planned rollout this year. Aside from automakers, XLFleet touts itself as the leader in connected fleet electrification solutions. Canaccord Genuity rates the company as a buy with a $30 price target.

It’s still the early days of commercial fleet electrification, so there is still plenty of time to invest. Electric vehicles have been a popular theme among investors over the last year or two, so you’ll have to pick and choose which stocks to buy. Some would argue that names like Tesla are overvalued, although others, like ARK Invest, say there is still lots of room to run on the company’s stock. Wherever you invest, there will probably be plenty of winners to go around.

(Featured image by valentin b_90 via Pixabay)