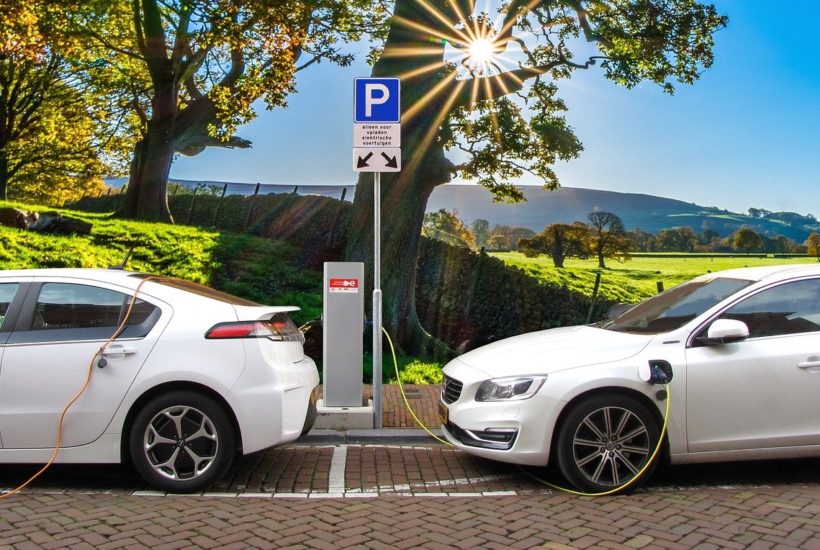 Tesla will join the S&P 500 next month, replacing a yet-to-be-announced company. That has whetted the appetite of electric vehicle enthusiasts everywhere, and the search for the next Tesla is now shifting into high gear. Here are some lesser-known EV stocks for those who think they can spot the next Tesla.

Unfortunately, the valuations on many of these companies have been popping, so it’s hard to know which one will dominate when their EVs start rolling off their assembly lines.

Of all the stocks on this list, Nikola might be the one investors are most likely to have heard about. It should also be noted that it isn’t a pure electric vehicle play because the company’s hydrogen-powered trucks are its flagships. However, that hasn’t kept Nikola from capturing EV fans’ imagination. The company still hasn’t sold any vehicles.

Shares of Nikola jumped on Wednesday amid rumors that the company had finally sealed the deal with General Motors to make its Badger pickup truck. The deal has been up in the air since a short seller’s claim that Nikola is nothing but a fraud, and it’s been unclear whether GM would consummate the deal.

There has been no official announcement about the deal between Nikola and GM. A spokesperson for GM told the Detroit Free Press that the rumor about the deal being complete started when “apparently, someone saw something on GM.com that linked to (the) original press release.” That release has been on the site for weeks, however.

Shares of Lordstown Motors started jumping on Nov. 16, and they continued to climb in the days that followed. Like most of the other lesser known EV stocks on this list, Lordstown stock has been jumping even though the company doesn’t have any revenue yet. The shares have almost doubled since the beginning of the month.

Lordstown is on track to start producing its all-electric Endurance pickup truck in the second half of next year as it works to bring an old GM plant online. The company said it has received approximately 50,000 preorders for the truck, which is aimed at commercial buyers instead of consumers. Those preorders are nonbinding, so they could still be canceled. The average size of the order is 500 trucks, Lordstown officials said in a press release.

For those obsessed with EV stocks, Workhorse Group might seem like a big opportunity because it has tumbled 30% since September. On the other hand, the reason the stock is down is because the company had a difficult third quarter. It’s been dealing with production delays at its battery supplier and a COVID-19 outbreak.

Unlike several of the EV companies on this list, Workhorse actually has revenue, as it reported $565,000 in revenue for the third quarter, up from $4,000 in the year-ago quarter. The revenue result beat the consensus by more than 40%. Unfortunately, Workhorse was only able to produce seven vans during the third quarter due to issues with its battery supplier.

SEE ALSO  The disruption caused by the coronavirus outbreak is transitory

One of the biggest talking points for Workhorse Group is the U.S. Postal Service contract to replace the agency’s aging fleet. The contract is worth $6 billion, and Workhorse is a finalize to secure it. Those who also like Lordstown might want to consider Workhorse as well because it has a 10% stake in Lordstown. Investors might see the third-quarter selloff as an opportunity to pick up Workhorse shares at a discount.

Chinese EV maker Nio reported its third-quarter earnings results this week, beating the consensus on revenue and reporting record vehicle deliveries for the quarter. The company posted $666.6 million in revenue, compared to the consensus estimate of $655.28 million. Nio continues to narrow its losses, posting 14 cents per share in losses for the third quarter, which was better than the 17 cents per share in losses analysts had been looking for.

The company also plans to add two sedans starting next year, although it hasn’t shared many details about them yet. Despite the strong earnings report, Nio stock has been rather weak, which could pose an opportunity for EV stock fans. However, the shares have surged recently, so it’s not like there hasn’t been any action.

On the bearish side, Citron Research targeted Nio in a recent short seller report. The firm said it’s time for investors to rotate out of the stock, enjoy their profits and “look for the next disruptive technology.”

XPeng is another Chinese EV maker, and its American Depository Receipt shares can be bought on the New York Stock Exchange. The company reported strong earnings results this month, sending its shares into a steep rally of more than 30% in a single trading day. JPMorgan analyst Nick Lai continues to rate XPeng at Overweight and boosted his price target from $43 to $50 per share.

He said the company’s commentary on its earnings call indicates that demand trends are strong. Lai believes XPeng is following the right strategy by developing its own autonomous driving solutions, which he said differentiates it from its peers.

He is still optimistic about the stock even though it has increased a lot since the initial public offering. Lai expects XPeng to benefit from the strong smart EV trends in China. He expects to see the company’s share of the EV market in China increase from 1% last year to more than 8% by 2025.

What makes Li Auto different from other EV makers is its target market. The company is targeting rural areas in China with large SUVs and trucks that serve as workhorses for farms or construction. Due to the lack of charging infrastructure in rural areas, the company is making vehicles with extended range.

Li Auto has already been delivering vehicles, so it isn’t pre-revenue like some of the other companies on this list, although it isn’t profitable yet. In the third quarter, the company cut its loss from $51 million to $47 million and boosted its revenue to $369.8 million, which beat the consensus of $348 million. Li Auto delivered 12,000 vehicles during the quarter.

One of the newer additions to the public markets is Fisker. This is actually the company’s second attempt at producing electric vehicles as its first one ended in bankruptcy. The first time around, Fisker did not go public, so it may be that the simple lack of capital prevented its success.

Like several EV companies, Fisker went public through a merger with a special purpose acquisition company, or SPAC. The company aims to be an asset-light company, which required it to find a manufacturer to build its cars. Fisker later announced a deal with Magna International to produce its Ocean SUV at its plant in Europe. In exchange, Magna will receive warrants worth 6% of Fisker’s equity.

The company aims to deliver 50,000 Ocean SUVs in 2023 and 150,000 the following year. Fisker still hasn’t produced a single vehicle, let alone sold one, so any bet on its stock now is purely speculative.

These are just a few of the lesser known EV stocks that investors have gotten excited about. Many of the stocks on this list have surged due to excitement around the EV space, but it’s anyone’s guess which or even how many of these electric vehicle companies will be successful.

(Featured image by Joenomias via Pixabay)