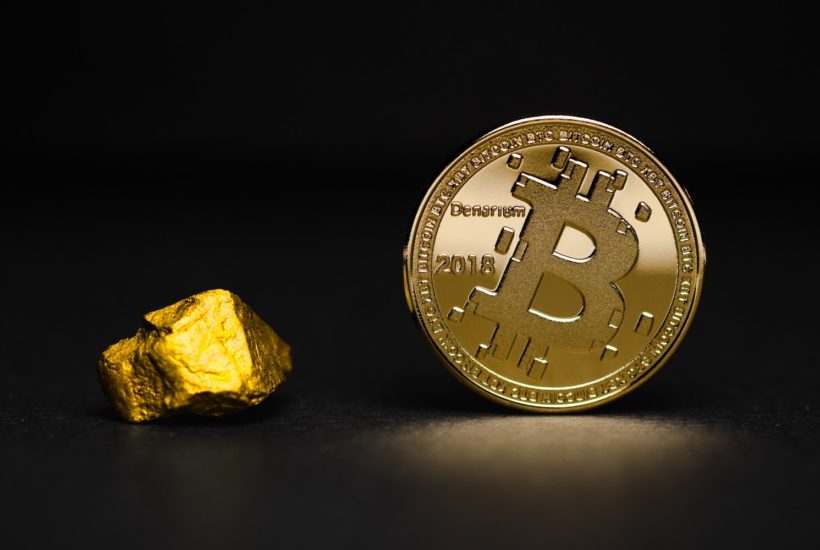 The heart of the Bitcoin network beats in the form of blocks created every 10 minutes on average. This has been the case for 10 years – successfully and without interruptions. The conclusion could be that Bitcoin is one of the most stable and secure networks of our time. During this time countless other networks had to struggle with problems, there were dozens of hacks on Exchanges, Bitcoin remained untouched.

By downloading the Born2Invest finance news application you will get unlimited access to all content on your device. Business subscribers benefit from additional advantages such as access to news in the cryptocurrency and financial sectors.

In this article let us devote ourselves to a – quite daring – thesis of the respected economist Nouriel Roubini. He has already described Bitcoin in the past as the “mother of all scams” and argued, among other things, that Bitcoin is unsafe. What exactly did he mean by this and how uncertain is BTC actually?

Bitcoin and its biggest security problem

Let’s start with the question of who exactly Nouriel Roubini is and his ‘relationship’ to Bitcoin. Roubini is a world-renowned economist and is often referred to as Doctor Doom. In addition to his work for the US Treasury and the International Monetary Fund (IMF), it was Roubini’s largely precise forecasts of the economic situation that made him famous.

In particular, Roubini predicted the bursting of the real estate bubble in the USA or the vehement national debt of Greece and its effects on the entire Eurozone. Even in our current times, Dr. Doom continues to warn of a major imminent economic collapse.

Roubini made a statement about Bitcoin at the end of 2018 and did not say a single good word. BTC is in his opinion the “mother of all scams.” Furthermore, Roubini used terms like “crypto intoxication” and called the bursting of the “Bitcoin bubble” at the end of 2017 a “crypto-bloodbath”. In his opinion, the entire crypto market and its success was due to “a few people with zero financial knowledge.”

Private keys as a security problem for BTC

While proponents of BTC would argue that Bitcoin is particularly secure precisely because of its asymmetric encryption methods, Roubini saw the exact opposite. His reasoning may sound absurd – but let’s listen to it. In the above-mentioned conversation with Arthur Hayes, the economist Roubini said the following: “If some stranger holds a gun to my temple and takes me to an ATM, he can only steal a few hundred or, at worst, thousands of dollars from me. Bitcoin, on the other hand, is completely unsafe. Instead of a clever financial system, it’s a system from the stone age.”

What’s Roubini driving at? – The answer is obvious: Bitcoin gives each individual the sovereignty, but also the full responsibility for his or her credit balance and wallet. The key to this credit balance is the Private Key. Any criminal who manages to obtain a person’s Private Keys immediately gains direct and full control over his assets.

Due to the irreversibility of the transactions in the Bitcoin blockchain, there is no possibility of recovering the BTC once it has been stolen. Roubini argues here that there are, after all, protective mechanisms in banks that would completely lack Bitcoin.

Be your own Bank: Chance or risk of BTC?

Just a few days ago, it was reported about an Irish drug dealer who will probably have to write off his 6000 Bitcoin, amounting to $57 million (€53 million), forever. Because the private keys, which he had stored in a rented house, were stolen. And from this moment on the full power of “No Keys – No BTC” takes effect.

There was a similar case in the Netherlands, where robbers dressed as police officers forced a Bitcoin trader to hand over his private keys using violence. There have also been similar incidents in India and Norway, where the perpetrators used torture to gain access to the victims’ private keys.

Let us start with the Lessons Learned: Bitcoin is a pseudonym. It is not easy for attackers to find out who is behind an address. Let’s get to the “but”: Nevertheless, there are enough people who boast about their Bitcoin assets with great pride. So our first lesson learned is: Be modest and never give away your fortune in BTC. Don’t share with anyone your address where your assets are located.

The second lesson learned is that diversification wins. Spread your assets across multiple wallets. If the worst comes to the worst, you can protect yourself better and only lose a portion. Let’s get back to Roubini. Roubini is wrong with his statements.

The biggest safety problem of BTC is probably the human factor. However, Bitcoin is by no means less secure than a bank account – on the contrary: if you take good care of your Private Keys and follow the rules just mentioned, you are your own boss and don’t have to worry about your BTC being seized or a similar disaster happening.