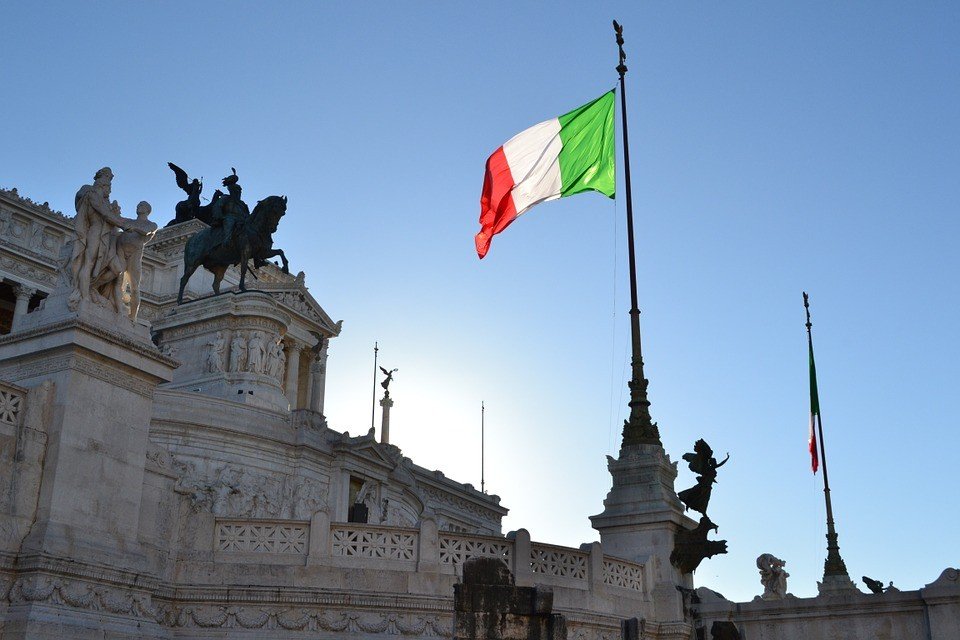 Over the years I’ve spent much time talking about Italy as the next ticking time bomb for Europe and the global banking system.

Its government debt is the third highest in the world at 132 percent of GDP, coming only after Japan and Greece.

Its private debt is 23 percent of the Eurozone versus Greece’s 3 percent.

But here’s the bigger issue: Italy’s bad loans are 40 percent of the Eurozone.

So, you can see how the euro and Eurozone can’t afford to bail out Italy. This has been obvious from the beginning. We’ve been saying so for years.

Italy’s already bankrupt. It’s just that no one has announced it yet.

Its banks keep propping up zombie companies with just enough credit for them to meet their debt obligations.

In other words: lend them just enough to pay you back and stay current on their debt obligations, but not enough to grow or get into more trouble.

It’s a form of denial. Nothing more than false hope that the economy will magically get better down the road.

The paradox in Italy is that the banks can’t get healthier without economic growth—and the economy can’t grow without healthy banks to lend money.

Now that the government’s divided, and the rising populist parties are calling for higher spending and even breaking away from the euro, the stock market and Italy’s bond market are falling.

The markets are finally starting to get serious about Italy and the imbalances in the entire euro system. Only Mario Draghi’s incessant stimulus, years after the U.S. tapered, has kept Italy’s 10-year bonds well below the much more solvent U.S. Treasury’s. (We aren’t pretty either, just the best house in a bad neighborhood.) 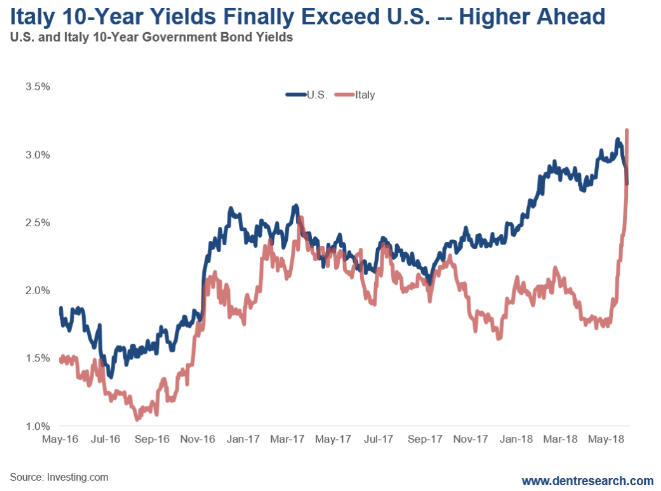 Personally, I think it’s about time.

Italy’s yields spiked strongly on Tuesday, up to as high as 3.18 percent, while the U.S. 10-year fell sharply, down to as low as 2.97 percent from recent highs of 3.11 percent. But, more importantly, look at the most recent massive spike in Italy’s yields.

Italy’s bad debts had climbed to 14 percent of loans as of 2014, and now they are near 20 percent. Meanwhile, 10 percent is technically bankrupt.

Italy is the next Greece, and it’s too big to fail or bail out. Within the next six to 18 months, the euro and Eurozone will be imploding in some fashion: one of many coming to the global economy.

And it couldn’t have happened to a nicer group of central bankers!