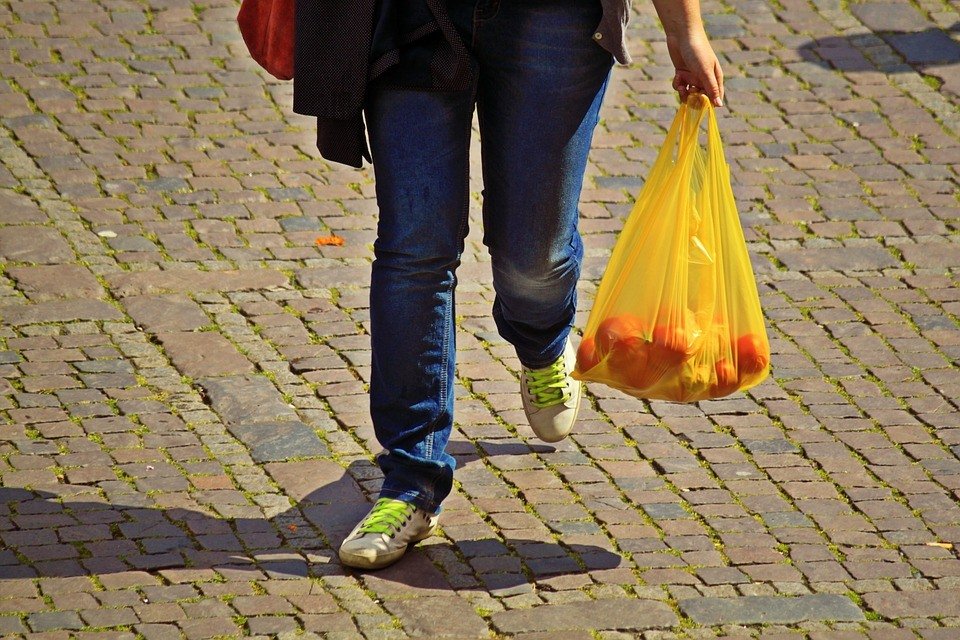 As convenient as they can be in terms of use, plastic bags are one of the most lethal enemies of the environment. Animals choke on plastic, and they don’t break down in landfills, oceans, and what’s worse, the manufacturing of plastic adds to the world’s demand for oil, as demonstrated by China’s ban. Plastics are also not easy to recycle. In the United States, for instance, 90 percent of plastic bags are not recycled. That is a huge thing, considering that we are now living in an era where sustainable living is considered a primary choice. 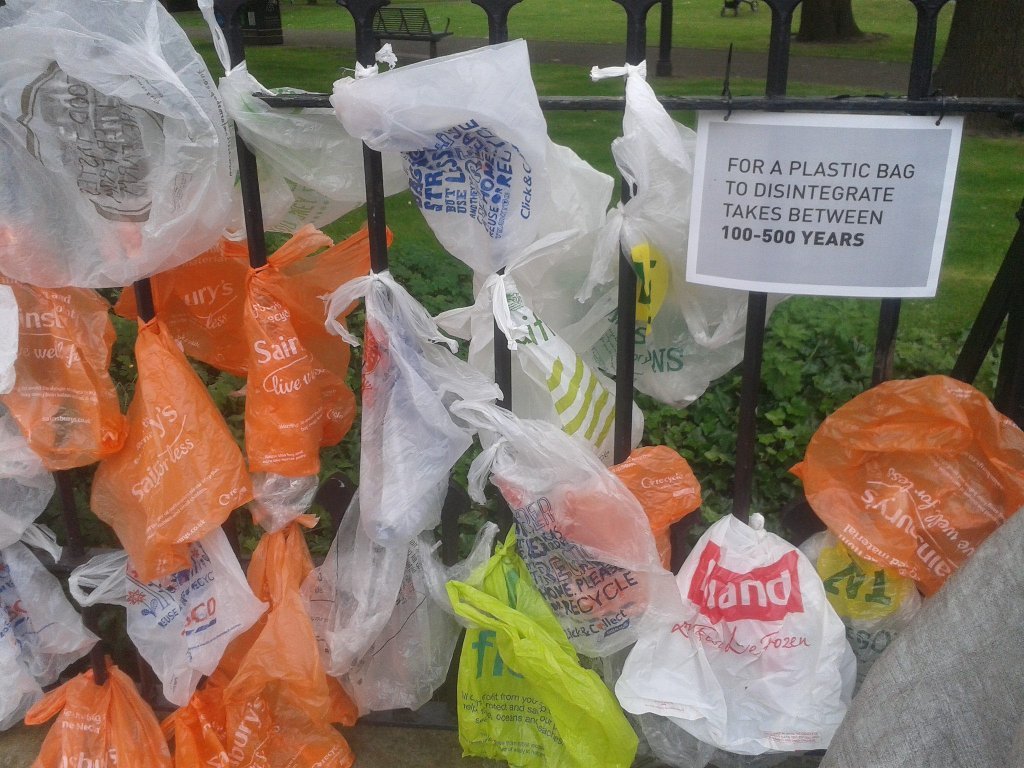 Plastic bags deteriorate after as much as 500 years. (Photo by Duncan Hull via Flickr. CC BY 2.0)

Each year, an estimated 500 billion to 1 trillion plastic bags are used globally, and the United States accounts for 380 billion bags. Unfortunately, the U.S. government is moving slow when it comes to implementing a ban on the usage of plastic bags, and it is deemed to put a huge toll on the future. Citing a study, Salon.com reported that revealed inks and colorants used on some bags contain lead. In the study, it was further revealed that Americans throw away 100 billion plastic bags (equivalent to 12 million barrels of oil) after the bags have been used to transport medicine from the drugstore, or some goods from the supermarket. 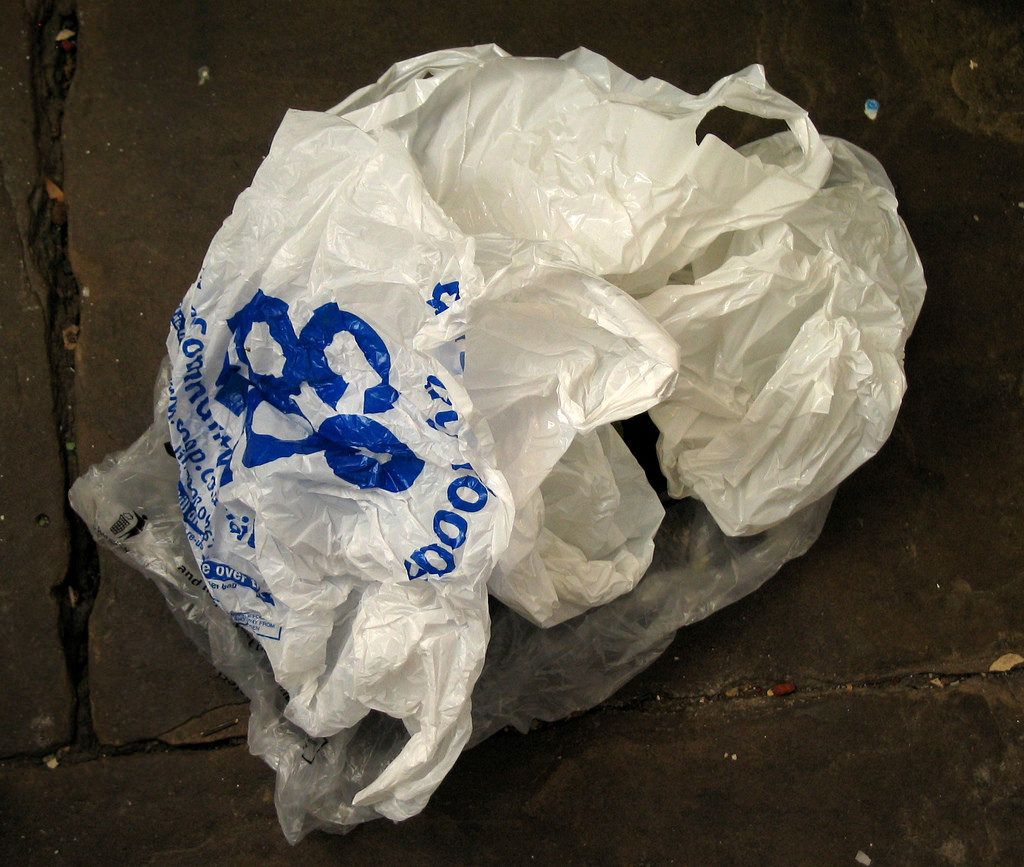 In the other side of the world, progress is starting to be seen. Tripura, a state in Northern India, has imposed an absolute ban on the manufacture, import, storage, sale and use of plastic bags. The announcement, made on July 14, is to put a statewide consciousness on the harmful effects of plastics on the environment. (Photo by How can I recycle this via Flickr. CC BY 2.0)

According to Tripura State Pollution Control Board (TSPCB) chairman Amitava Debroy, the new law was filed under the Environment (Protection) Act, 1986, and the Plastics Waste (Management and Handling) Rules, 2011. The public has been notified on Monday, which includes a warning on imposing a fine of Rs100 to Rs1,000 to those who violate the new law. Repetitive violation will impose a hefty fine of Rs1 lakh (Rs100,000) or 5 years maximum prison time, or both. Industries or institutions that will violate the ban will be served closure notices and electricity cuts.

“The government has been observing that the plastic bags are littered around and pose a detrimental effect on the environment and flowing of water through the drains and canals. The plastic bags also block gutters and sewers, resulting in unhygienic environment and health-related problems beside water logging in the city, especially during monsoon”, said TSPCB chairman Debroy in a report by Gulf News India.

This is a big move for such a big state in India, and it should inspire the entire United States to follow suit. As of the moment, plastic has only been banned in Portland and in select stores in San Francisco. The development has a long way to go from just being prohibited from select stores, which is why there is a huge need for residents and institutions to take initiative on keeping the sewers clean. Aside from completely shunning plastic bags, one way of promoting awareness while cleaning the system at the same time is by practicing bioremediation in small and big institutions. Bioremediation is a wastewater system-cleaning technique that uses microorganisms to repel contaminants in the water, reducing odor and turning pollutants into water and carbon dioxide. Ecosciences (OCTQB :ECEZ), a green company in New York, promotes this practice through its line of bioremediation tablets, one of which is “Tank-EZE Wastewater Tablets.” These tablets, which have aerobic microorganisms break down wastes, can be used in septic tank systems and wastewater systems regularly. This could be the nation’s answer to a cleaner future with fast results.