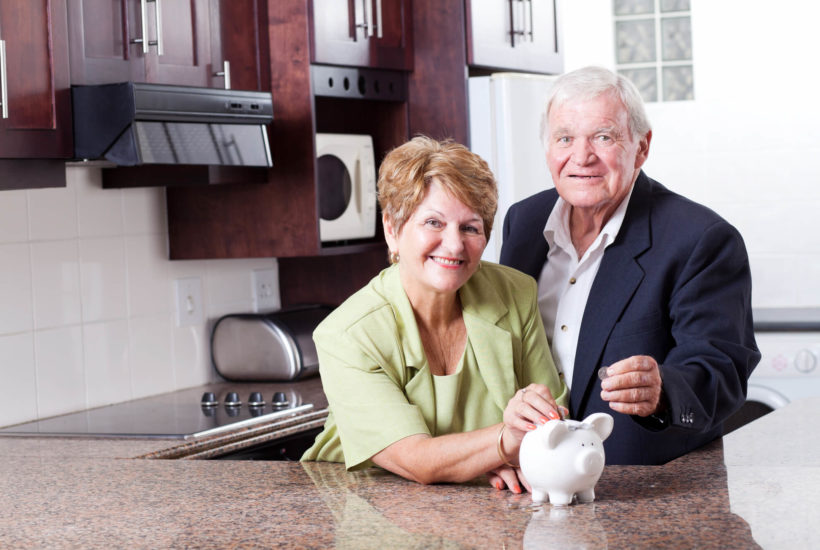 How much is enough? When can I retire? Millions of baby boomers, even generations following them with visions of early retirement, are all wondering these same questions. The longing for an answer, a definitive finish line, has prompted many large financial institutions to market a “number”. Reach this number and you’ll be set. Anyone wise and patient enough to run some stochastic analysis will quickly realize there is no perfect “number”. A financially successful retirement is dependent upon hundreds of variables, some within our control and others beyond our management. Nevertheless, a frame of reference can at least offer a starting point.

That leads us to the magic question, “How long will $1 million last in retirement?” The easiest do-it-yourself solution to translate to a spendable asset is to take your nest egg and divide by retirement time horizon, i.e. $1 million over a 20-year retirement will offer $50,000 of annual income, assuming a linear paydown with no other influencing factors. Such a retiree will then probably posit that their funds are invested and not just cash under the mattress. This segues into another common solution of interest-only distributions, an attempt to preserve principle. Assuming the retiree receives a net return of 4% every year in retirement and peels this off as income, he or she receives $40,000 of annual income. But why not combine the interest with the original linear paydown you ask? If Mr. and Mrs. Retiree were to do so they’d now enjoy $70,752 annually and die right on time after year 20 with zero dollars remaining.

The figure, one million, has long held an aura about it. To some, $1 million is still a sexy fortune that cures all worries. Others may confess that $1 million just isn’t what it used to be. This concern introduces the first wealth eroding factor, often considered the silent killer: inflation. In 1913, when the federal income tax was permanently enacted, $1 million would be equivalent to a staggering $25.8 million in 2019! In 1945, when World War II ended, $1million would equal $14.2 million today. In 1981, when the first millennial was born, $1million would spend like $2.8 million today. Hopefully, you’re getting the idea. If you consider an average retirement from 65 years old – 85 years old that means $1 million at the start will feel like $744,000 at the end, assuming 3% inflation devaluing your dollar.

The above spenddown scenario offers a nice visual, albeit in a laboratory-like environment. It would be foolish to ignore one of the most notable certainties in life and harshest wealth-eroding factors: taxes. While $1 million may look the same on the cover letter of any statement, all accounts are not created equal. For instance, a Roth IRA totaling $1 million can offer the same mathematical outcome referenced above. If over the age of 59.5 and distributing from a Roth IRA held for over 5 years, there is no tax consequence. However, if Mr. and Mrs. Retiree were to apply the same strategies to their nonqualified joint brokerage account, their take-home annual income could be reduced to $28,000 in the interest-only approach and a variable net income in the combo plan starting at $59,601 increasing to $70,752 in their last year as more tax-free basis is returned (assuming a 30% total effective tax rate from state and federal). Lastly, if our sample clients were employing the same distributions from their Traditional IRA getting hit with income tax throughout, they’d realize $28,000 or $38,924, respectively.

SEE ALSO  6 signs that your business is expanding

So far, we’ve addressed two major wealth-eroding factors in isolation, we’ll do so with the last key variable, the markets. When John Pierpont Morgan (if you don’t know who that is just use the first two initials) was asked what he expected the stock market to do, he famously answered, “It will fluctuate.” These fluctuations can wreak havoc on a nest egg or buoy your funds to a golden retirement. This introduces a concept known as the sequence of returns. If Mr. Retiree and Mrs. Retiree were to average the same rate of return on their portfolio’s during retirement, but Mr. Retiree experiences bear markets in the early years of distribution, whereas Mrs. Retiree experiences bull markets during the same years, his money risks depletion far earlier than hers. This is where averages can be somewhat misleading, note the classic example of an investor with $1 million losing 50% in year 1 and gaining 50% in year 2, the portfolio average annual return is 0%, however, there is $250,000 missing. This is where distributions can make an investment more fragile.

So how long will $1 million last in retirement? I don’t know, you don’t know, nor does anyone else. We’ve explored three popular wealth-eroding factors in isolation, and the reader may notice each exercise repeatedly mentioned assumptions. If we were to combine these three variables the assumptions only become more exaggerated. Other issues that affect the longevity of $1 million include housing costs, food, insurance, transportation, vacation, legacy goals, dependents, location, additional income or financial resources, long-term care, and the ultimate risk/reward multiplier- life expectancy.

Proactive financial planning that addresses each of these concerns can provide risk mitigation and a potentially longer duration for $1 million.