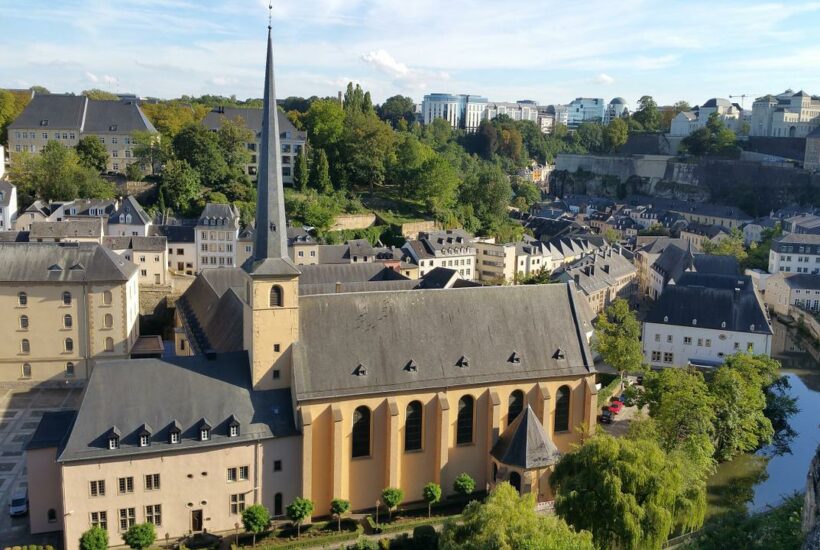 Luxembourg is the latest European country to show signs of progression when it comes to its legislation regarding the legalization of recreational cannabis. The legislation is curious because it is based less on a commercial aspect, but with a particular focus on crime prevention. The project itself assumes to be “implementing, right now, a different approach to recreational cannabis” and has the purpose of fighting crimes related to cannabis trafficking horizontally.

And the project, which was a stated goal of the coalition that makes up the government, is now moving forward formally, after last Friday’s approval by the Council of State. The final legislation will still need to be published in Luxembourg’s Official Journal, which should happen next week.

Read more about the legalization of cannabis in Luxembourg and find the most important cannabis news of the day with the Hemp.im mobile app.

This draft law stems from a meeting in October 2021 between the Ministers of Internal Security, Justice, Health, National Education, Children and Youth, and Foreign and European Affairs. The Ministries presented at a joint press conference a coordinated package of 27 measures concerning the problem of drug-related crime, of which the legalization of cannabis is included.

It is precisely with a risk-reduction and crime-prevention approach that this measure makes the personal consumption of cannabis completely free provided it is limited to the private sphere. The cultivation of up to 4 cannabis plants at home per household community, exclusively from seeds, will be authorized.

Penalties and sanctions relating to the transportation and possession of cannabis will be decriminalized, with a maximum of 3 grams per person, notwithstanding the fact that consumption on public roads will remain prohibited and the “almost” zero tolerance of driving under the influence of cannabis (a limit of 1ng/ml of THC in blood has been established).

In order to make the coming into force of the legislation a more expedient process, the government will also authorize the trade in cannabis seeds in the country, explaining that it would be inconsistent to legally allow the possession of four cannabis plants in the home, and keep the acquisition and possession of seeds, necessary for the cultivation of these plants, illegal.

Legal in the private sphere, decriminalized in the public sphere

The Luxembourg legal framework is especially interesting because it is close to the Portuguese model in its approach to the consumption and possession of cannabis on public roads, and the same can be said for offenses such as minor trafficking when the quantities are less than those established in the legislation (which in Portugal is 25 grams of weed, and in Luxembourg is limited to 3 grams).

The decriminalization foreseen for offenses of consumption, possession, and transport in public, as well as for acquisition, when the quantity in question is less than or equal to 3 grams, in the absence of evidence of sale or trafficking and/or other aggravating circumstances, will be replaced by a basic criminal fine of between 25 euros and 500 euros. However, there is the possibility of issuing a taxed warning of €145, if, and only if, the 3-gram limit is not exceeded, which when paid, suspends the criminal fine. However, this payment automatically constitutes waiving the 3 grams or less of cannabis, which must be handed over immediately to the police officer who issued the paid warning and which are then destroyed.

In amounts above the 3 gram limit, the offender is equated with a drug dealer. A warning is excluded, and the police officer must draw up an ordinary police report to be transmitted to the Public Prosecutor’s Office, and heavier criminal penalties may then be ordered, in accordance with the common law of criminal procedure.

Regarding minors, regardless of the amount of cannabis involved, the possibility of issuing a taxed warning is excluded, as in all other matters that provide for taxed warnings (e.g. and a minor does not have the legal capacity to compromise his rights.) The police, therefore, draw up, in any case, an occurrence report to be sent to the public prosecutor’s office and the common law procedures for the protection of minors apply.

In view of the elements of the case, the juvenile court judge will take appropriate diversionary measures, such as therapy or the obligation to follow the “Choice” program. The regulation deliberately places a greater emphasis on the protection of juveniles than on the prosecution of juveniles. With regard to consumption in the presence of minors or together with one or more minors, respectively at school, these are aggravating circumstances that are and will continue to be criminally punishable.

(Featured image by waldomiguez via Pixabay)