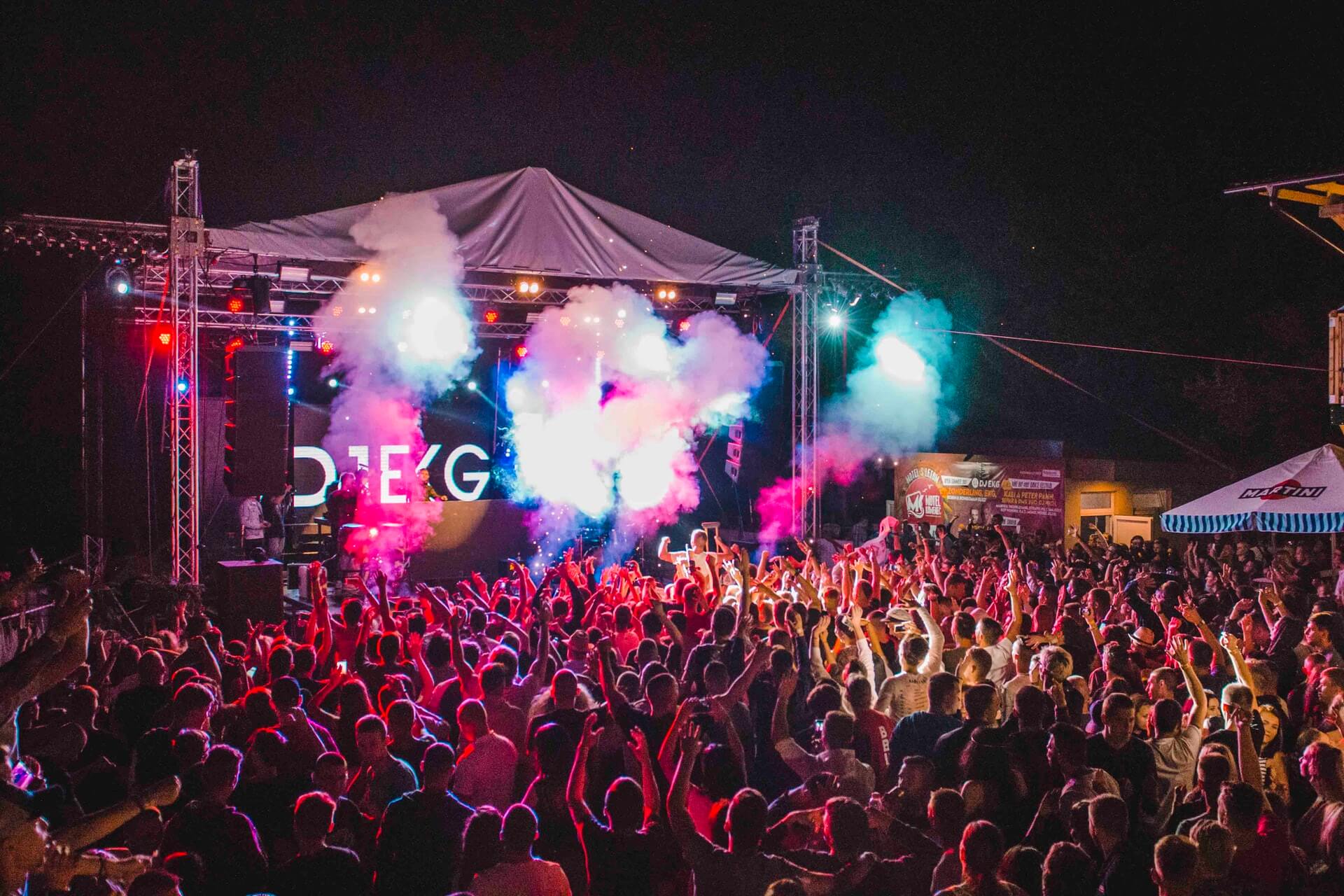 The festival season has arrived, and the news feed is littered with pictures of beautiful girls strategically sprawled out on grassy fields in front of stages and boys in muscle tanks with arms draped around a mass of bandana-wearing men, with the caption “Imagine if I never met the broskis.” Flower crowns seem to be blossoming through all the festival fairies’ hairs, and scarves are now a unisex accessory, acceptable in the 100-degree heat as long as they’re covering half your face in at least one photo.

Yes, we all love to hate festival culture, but how can your business capitalize on it? After attending my fair share of festivals, here are some of the most creative marketing strategies that have graced the music scene.

Sponsoring a stage is a given. Most of the time, the stage will be creatively named after the company, and your brand will be all over it—good for unconscious branding as well as photo ops.

But a stage can be pricey and may have restrictions based on practicality. An alternative is sponsoring a lounge. By creating your own lounge, you have complete control over the ambiance, the music, the drinks, everything. Marketing and branding expert Omar Johnson originally did this with the Beats Lounge at the 2012 Olympics. Beats made it exclusive for Olympic athletes, so the Olympic Village was cleared out because the athletes preferred the lounge.

By creating a haven or escape from the crowds, you associate your brand with exclusivity and privacy. And if you spring for AC (or in Snow Globe’s case, heating), maybe even luxuriousness.

This is easy and impactful. I still have the Coors light popsocket that was handed to me in passing at Bottlerock and the 11th Hour Coffee Roasting sticker that came with my drink at Lightning in a Bottle. Do I particularly like these brands? No, but the merch was free, not horrible to look at, and useful.

SEE ALSO  Red Eléctrica increases its profit by 4.9% in March to 181 million

Everybody loves free stuff. And while you may find most of your hand-outs in the nearest trash can, anything that makes the ride home with the festival goers is free publicity. The trick is in numbers. Make you sure you have a lot of swag to account for the amount that gets trashed.

Once again, exclusivity makes us feel special. Festies pay big bucks for the experience of the festival, and when people think they’re getting something others can’t, they justify their spending. 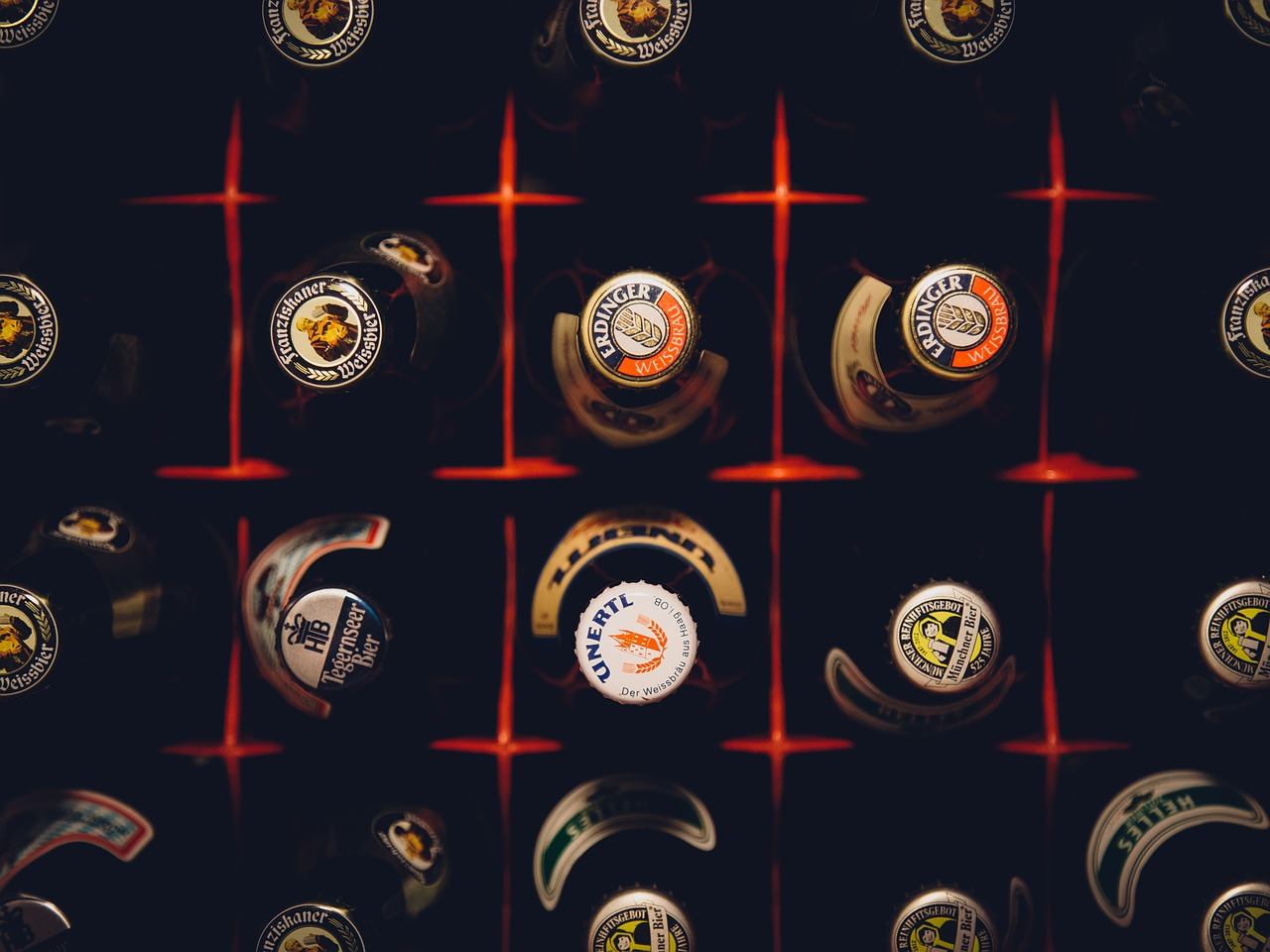 Beer flavors available only for and during the event can make the festival experience more special. (Source)

New Belgium Brewing created a beer called Lightning in a Bottle sold exclusively at the Lightning in a Bottle festival. California Candy offered Frosé to beat the heat at this year’s Bottlerock Festival. I tried both of these solely for the nuance of it… Call me corny, but who would pass up a once-in-a-lifetime chance to try a rosé slushie?

Send an influencer with your gear

The most accessible way to utilize the festival season is partnering with an influencer who is attending the festivals and sending them loaded up with your products. They’ll post on social media and reach their following, as well as take some quality photos for you to use in advertising later on.

When an influencer rocks your brand at a festival, the brand becomes relevant and cool for an incremental fee. According to marketing expert Johnson, staying young and hip is crucial. He believes the best age demographic to target is between 18 and 25 because everyone younger wishes they were adults, and everyone older can’t stop trying to relive the glory days.

Coachella is the best place to do this because of its international reach and popularity. In fact, there’s an influencers’ festival called REVOLVE right outside of Coachella. The influencers make an appearance at the dusty, crowded, and sweaty event; take their branded pictures with your product in front of the Ferris wheel; blow them up on social media to their millions of followers; and then return to their poolside, catered event.

This year at Bottlerock, Kaiser Permanente made itself a necessity by providing sunscreen dispensing stations and fans that plug into your iPhone. In the 90-degree heat, it was the most popular girl at the party. The brand even made it fun and slightly sexy with a huge sign that read “Apply sunscreen on yourself. Apply sunscreen on a friend. Apply sunscreen generously and often.”

Not to mention it provided a charging station to bring all the millennials to the yard.

Alternatively, HotHands, a supplier of hand warmer packets, found its niche at Tahoe’s New Years Eve festival called Snow Globe, where it provided all of the literally freezing festival-goers with glove warmers.

Photo backdrops are a great way to get your brand on a whole bunch of people’s posts. Take Sofia Blanc de Blanc at Bottlerock for example. The company created a beach-themed backdrop with the brand’s name drawn elegantly in various places for people to pose in front of and offered them props like lollipops, mustaches, flower crowns, and huge lips. Nowadays, everyone loves a chance to photograph themselves, and if you make it that easy for them, they will flock.