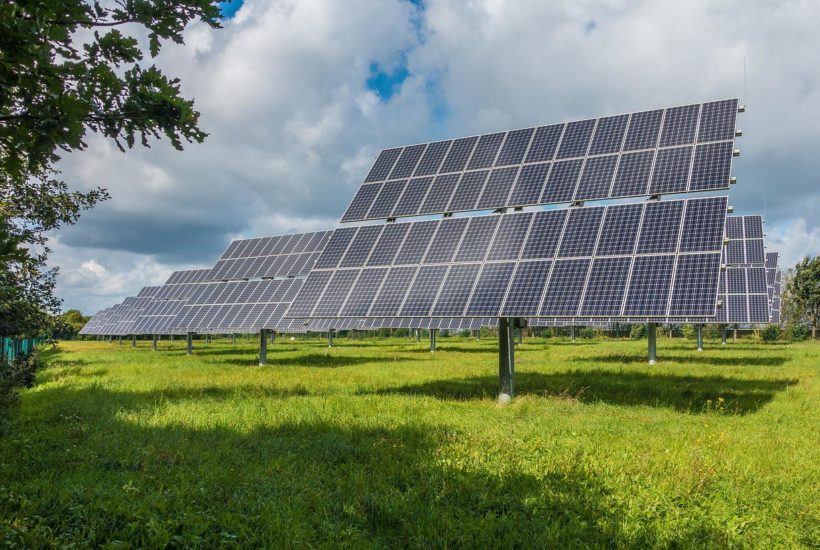 The soaring price of electricity is boosting sales of solar panels for self-consumption in recent months. Two large companies such as Leroy Merlin and MediaMarkt have doubled deliveries of this type of photovoltaic devices at the start of 2022, marked by a soaring energy bill that has been aggravated by the war in Ukraine.

“At Leroy Merlin, we are observing a progression of sales that is double that in 2021,” sources of the French group specializing in construction and DIY said.

And another of the giants of the sector that commercializes these facilities coincides in the growth experienced since the beginning of the year. “In the last three months we have noticed an increase in sales of self-consumption solar panels in almost double compared to the same period last year,” the German multinational explained.

The rise in sales has been particularly pronounced since the beginning of the year, although it only deepens a trend that started in 2018 with the elimination of the so-called ‘sun tax’. “Both in 2020 and 2021 the sales figure increased by 50% compared to previous years,” abound from Leroy Merlin on sales of photovoltaic solar panels.

Read more on the subject and find the latest business news with the Born2Invest mobile app.

The fever for solar panels has settled in Spain

Without going any further, last year 1,203 MW of new photovoltaic power were installed in self-consumption facilities, according to data from the Spanish Photovoltaic Union. This is 101.84% more than in 2020, when 596 MW were commissioned.

And this power will be much greater in a few years. Or so intends the Government, which aims to reach 9 gigawatts (GW) of installed power in 2030, reaching 14GW if this technology is accepted by much of the Spanish population. According to the figures of the employers’ association, most of the new power installed last year was in the industrial sector (41%), in the residential sector (32%), and in the commercial sector (26%).

Among the large supermarkets, Ikea is another multinational that has opted to sell solar panels for energy self-consumption. It does so in collaboration with the company Contigo Energía. In addition, the investment arm of the Ingka Group has signed an agreement with Enerparc for the promotion and development of five photovoltaic solar parks in Spain with a total investment of 100 million and 140 MW installed. This will produce around 260 GWh per year, equivalent to the electricity consumption of 65,000 Spanish households, according to the company.

In addition to chains such as Leroy Merlin, MediaMarkt, and Ikea, other companies outside the energy sector have also entered the business. This is the case of Telefónica, which announced an alliance with Repsol to market and install solar panels on Spanish roofs through a new company with capital stock split 50/50.

The take-off of the sale of self-consumption panels is largely due to the new legislation in force in Spain. The Executive of Pedro Sánchez, in the midst of the escalation of electricity prices, has rolled out a red carpet to communities of neighbors and private homes so that they can use this technology, which is called to lead the ecological transition.

Last year (June and December) the Council of Ministers approved two packages of measures and aid to promote self-consumption. Thus, the Government of PSOE and Unidas Podemos is going to irrigate the population with more than 1,320 million euros in the coming quarters in the six programs that will be launched.

The 660 million initially budgeted will be increased, as the initial amounts assigned to each autonomous community are executed, to reach the total program of 1.32 billion; the autonomous communities and cities will have to commit 80% of the initial budget during the first year or they will have to reimburse half of the amount not committed within 15 months of the approval of the Royal Decree.

The Executive also recently created the Self-consumption Roadmap, which aims to provide greater control over energy costs by being able to know their production and consumption at all times. For example, the Government allows installations to be connected at low voltage, something that was not possible before.

In addition to other technical measures included in the document, the government wants the installations to be much less costly than they have been up to now. For this reason, the Ministry of Ecological Transition is promoting cost reductions of up to 40%. In addition, it left in the hands of municipalities and communities the possibility of tax exemptions. Thus, in cities such as Madrid, Barcelona and Alicante, photovoltaic installations are subsidized with a 50% discount on IBI for three years.

In the IRPF there are also aids and taxpayers who install solar panels or other renewable energies in their homes “will be able to deduct from 20% to 60% of the investment”, according to the Ministry of Ecological Transition.

(Featured image by mrganso via Pixabay)