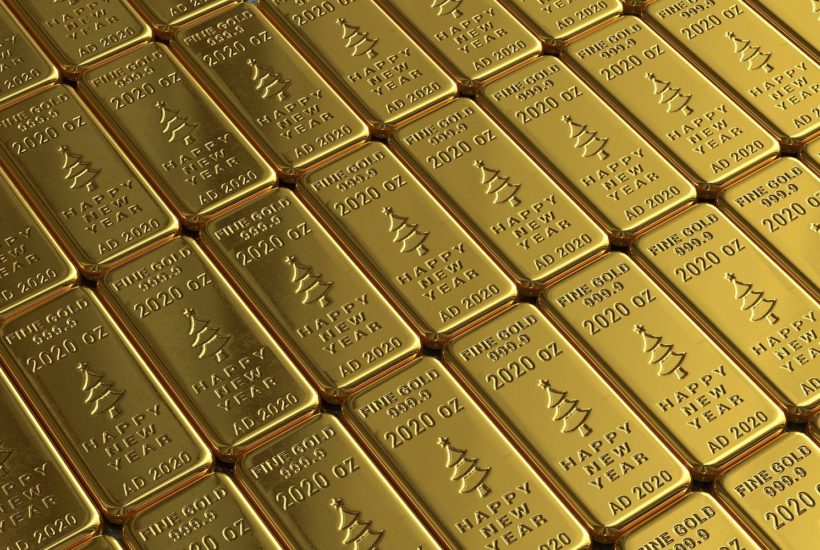 Some “slightly better than expected” data over the last month has hit the pause button on gold’s record-breaking bull run. The economy is open for business again and, apparently, unemployment is falling. But this is all temporary. Beneath the surface of the emerging data, the picture doesn’t look so pretty. Wise firms like Rockridge Resources Ltd. (TSX.V: ROCK) know this and are plowing full steam ahead, going long on gold.

This has earned them a spot on the latest edition of the Laurentian Bank Securities Equity Research Mining Watchlist. What’s got the bank’s analysts particularly excited is Rockridge’s latest diamond drill program at their flagship Raney Gold Project. With high-grade gold already identified at the site, the coming months will see a whole range of exciting results being released by Rockridge as they test the extent of it.

What this is doing is creating the perfect storm of buying opportunity, and investors should be paying close attention to this rising star. With gold’s next bull run fast approaching and Rockridge having just announced that they’re kicking off the follow up to their successful spring drilling program, now’s the time to be watching this hot junior minor.

Rockridge has just announced the commencement of its next drilling program at the high-grade Raney Gold Project. This program is the extension of their spring exploration, undertaken out at this flagship prospective gold site.

All throughout the 2,000-meter spring program, Rockridge consistently hit high-grade intercepts, including a highlight of 28g/t gold over 6 meters at a shallow depth of 95 meters.

Located Southwest of Timmins in Ontario, Canada, the site is in a politically stable and mining-friendly jurisdiction. With paved road access and the infrastructure to support a full-blown mining operation already in place, the location of this site couldn’t be any more ideal.

With the current drilling program, Rockridge is now looking to test the strike and down-plunge extent of the high-grade structure already identified. This will be completed as an extension of the earlier program, drilling out to at least eleven holes and a minimum of 3000 meters.

The site has a lot more untapped potential for the future as well.

The broad structural corridor that hosts the intercepted mineralization is up to 125 metres wide and extends well beyond the area already tested by drilling. Rockridge have already identified a notable disruption in airborne magnetic data in line with the projected structural corridor, approximately 2 km west of the current drilling.

Rockridge also has an option to earn a 100% interest in the site, and they expect to have this completed by the end of the current drilling program. The future is looking very bright indeed.

The timing of this follow-up exploration also coincides perfectly with the current “good” news of economic recovery. With gold prices currently taking a short hiatus while the economy throws a few misleading signs of a recovery, investors have the perfect opportunity to get in early before things start heating up.

The reality is, any hesitation holding gold prices back at the moment is being driven by false hope in the economy. While recent numbers have been “slightly better than expected,” believing that they’re pointing to any sort of real improvement is foolish. All that’s changed is that we now think we’re falling into a 99-meter deep hole instead of a 100-meter one. In either case, we’re still in for a rough landing.

The recent unemployment data is prime amongst this misleading data, and a quick look at what’s happening behind the scenes reveals a grim picture.

One widely cited figure in the economic recovery story is Initial Jobless Claims. This captures the number of new claims for unemployment insurance. Currently flattening out at 884k, this is beating earlier analyst expectations by approximately 60-70k.

The problem with this for recovery hopefuls is that back in March, right before COVID-19 struck, it was holding steady at 211k. That means this figure is now leveling out over 400% above pre-COVID levels. That’s not good.

Further, a deep dive into unemployment data reveals an even shakier foundation for any argument that economic recovery is taking place.

Economists warn 8.4% unemployment rate is a sham—likely to be over 11%

The widely reported 8.4% US unemployment rate is highly misleading. Many economists estimate that the real figure is over 11%, citing concerns over the US Bureau of Labor Statistics’ (LBS) data collection methods. But even with methodological questions put aside, it’s still hard to paint a bright picture of recovery with the data as-is.

What does this tell you about how much underemployment the LBS is counting in their employment figures?

But what makes it worse is that by the LBS’s own admission, they have not counted the “5.2 million persons not in the labor force in August [who] were prevented from looking for work due to the pandemic.” Why? Because, “To be counted as unemployed, by definition, individuals must either be actively looking for work or on temporary layoff.”

Their figures. Their words.

So, not only is the data for an apparent recovery in unemployment questionable but what’s driving it is increasing underemployment. It’s also being propped up by the BLS choosing not to count those who are being “prevented from looking for work due to the pandemic” as unemployed.

And let’s not forget. Even this “great” 8.4% unemployment figure is still too high. Not such a pretty picture now, is it?

But still, what’s this got to do with the price of gold?

According to research published in The International Journal of Business and Finance Research, there’s a tight correlation between unemployment and the price of gold. When unemployment is high, gold prices start going up.

At first, this seems bizarre. But there is a logical explanation which hints at just how high gold prices are going.

You can’t have one without the other: employment, inflation and the Fed

At its core, the correlation between employment and the price of gold lies in the Fed’s dual mandate. Simply put, the Fed’s core responsibilities are employment and inflation, and its tools of the trade are “printing money” and interest rates.

In a nutshell, if unemployment rates get too high, expansionary monetary policy is the Fed’s solution. They inject more money into the economy, and more jobs necessarily follow. Of course, the necessary side effect of this is that inflation goes up, too. More dollar bills chasing the same number of goods = higher prices for those goods.

Of course, this then has a knock-on effect influencing the price of gold. Don’t believe it?

A lesson from the past: stagflation of the 1970s

The stagflation of the 1970s is the perfect example of what inflation does to gold prices. During the decade, an average 6.8% inflation rate pushed the price of gold up 2,260%, from $35/ounce in 1970, all the way up to $700/ounce by 1980. Adjusted for current U.S. CPI, this pushed gold prices even higher than today’s “record” prices, hitting an adjusted price of almost $2,500/ounce.

Oh, and the current 1.7% inflation rate is much higher than you think

Adding to the woes coming up for the U.S. economy is the story hiding behind the current 1.7% inflation rate. Currently, this is being cited as a good thing—the Fed has a 2% target, so apparently we’re looking okay.

However, the shock of COVID-19 has thrown the usual balance of things way out of whack. For the old measure of CPI to be useful, we can’t stifle a population’s ability to spend its money as it wishes. If we just shut down entire industries for months at a time, the figure gets skewed.

The proof of it lies in essential components of the CPI, like apparel and airfares, which are still in dramatic deflationary territory: -5.9% and -23.9% respectively. Yes, at first, this makes sense. Retail and travel are suffering at the moment.

But what doesn’t make sense is that inflation is looking healthy despite the fact the economy has been pumped full of stimulus bucks. Interest rates are at historical lows, the Fed has blown out its balance sheet by over $3 trillion, and the Treasury Department has pumped a similar figure into the economy as well.

What the Buffett Indicator can tell us

The recovery of the stock market has been spectacular, and this is a problem. A clear sign of the excess cash flying around right now is seen in the current state of the famous “Buffett Indicator.” For the uninitiated, the Buffett indicator measures the ratio between GDP and the combined market cap of the stock market. For many years, it’s been a reliable indicator of impending turmoil.

So why is it so high right now?

Well, while other things have suffered, COVID-19 has caused an explosion in retail investing. With fistfuls of stimulus bucks and nowhere else to spend them, American consumers have been throwing their dollars at the markets. Just look at the price of Tesla, Nikola, and other brand-name stocks to see where all the money has been going.

With something so valueless as a meaningless stock split now enough to whip star-struck Tesla investors into a feeding frenzy, this is starting to look a lot like inflation, just not as we previously measured it.

But how does this add up for Rockridge Resources?

Ok, so inflationary stock prices are bad, yes. But let’s not forget that there’s a reason that the S&P500 is mockingly called the S&P5. The bigger a stock’s market cap, the more significant its influence on an index is.

Essentially, stocks that hopeful investors have been frothing over—Apple, Microsoft, Alphabet, etc.—dominate and are the reason for the market’s over-inflated valuation.

What this means is that there’s still a some very overlooked bargains to be bought and, with investors yet to catch on to this company’s already stellar results, Rockridge is one.

Gold is going up, and Rockridge is going along for the ride

The fact is, gold prices are only going to take off again. Further expansionary monetary policy is inevitable, and this will only drive up inflation and, inevitably, interest in gold.

How much could it go up? Well, let’s just say that Bill Dudley, a senior research scholar at Princeton University’s Center for Economic Policy Studies, is estimating the Fed’s balance sheet is going to balloon to $10 trillion by the end of this year. That’s far beyond any level previously thought to be reasonable.

And all of this is going to provide the perfect backdrop for Rockridge’s continued interception of high-grade gold mineralization at the Raney Gold Project.

(Featured image by flaart via Pixabay)