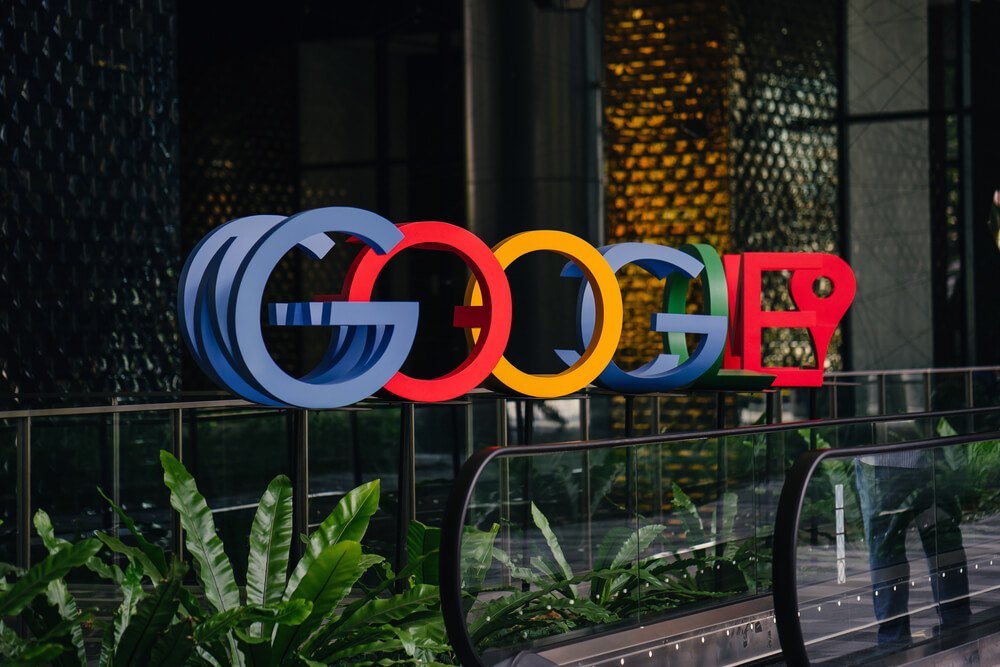 On Jan. 11, lawyers for long-time Alphabet shareholder James Martin confirmed their client’s filing of a lawsuit against the company’s board of directors. The lawsuit stemmed from an accusation that they chose to be silent and intentionally hid the sexual misconducts of former Google higher-ups, Android creator Andy Rubin and former head of Google search Amit Singhal.

The lawsuit alleged that after board members—comprised of co-founders Larry Page and Sergey Brin, venture capitalist John Doerr, investor Ram Shriram, and Alphabet Chief Legal Officer David Drummond—found credible proof of Rubin’s sexual harassment, they approved his $90 million exit package and allowed him a quiet exit from the company in 2014.

The board members had purportedly acted similarly when Singhal resigned from the company in 2015 after another employee disclosed his aggressive sexual advances. The board members found the claims credible but allowed Singhal to quietly resign and also paid him the unknown amount for his exit package.

In contrast, regular employees who were accused of sexual harassment were immediately fired or if allowed to resign were normally given stingy exit packages, according to an in-depth report on Rubin’s case run by The New York Times in October of last year.

Now, Francis Bottini, one of the lawyers for Martin, told CNN Business he is expecting more shareholders to file similar cases against Google’s parent company.

Bottini said they have minutes of the meetings among Alphabet board members that revealed they have in-depth knowledge about the harassment. Hence, their suit accused them of “knowingly facilitated sexual harassment,” deliberately covering it up, and approving multimillion severance packages for the accused.

Martin’s camp said the manner by which the board members handled the case resulted in economic loss for the company. As a shareholder, Martin demand for recovery over the damages and for Rubin and Singhal to pay back the entire amount paid to them when they resigned from Alphabet.

Ultimately, Martin wants Alphabet to undergo radical corporate shake-up that will include replacement of at least three of its existing board members and for Alphabet to revise its policies on how it handles and discloses sexual harassment cases.

Andy Rubin net worth and wealth generated from Alphabet

The exhaustive report published by The New York Times detailed multiple sexual harassment done by many of Google’s top executives. Rubin’s case, however, was of particular interest due to the multimillion exit pay approved by the board members and because of their intended silence about the controversy. Furthermore, Rubin’s wealth seemed to be unaffected even after the controversy.

In 2005, Alphabet acquired Android for $50 million and Rubin joined the company afterward. His software contributed to the majority of Alphabet’s success that even with the knowledge of his misdeeds, Page never let this contribution went unnoticed when Rubin left in 2014.

“I want to wish Andy all the best with what’s next. With Android he created something truly remarkable — with billion-plus happy users,” Page said of Rubin’s departure. The company holds his brilliance in high standards so much so that Alphabet continued to invest millions of dollars in his startups even after he left Alphabet.

By 2018, Rubin’s wealth continued to grow. This was revealed when his ex-wife filed for divorce and her filings stated that Rubin’s net worth was about $350 million, up from $10 million in 2009. The New York Times estimated that his wealth grew 35 times in less than 10 years. His association with Google was seen as the major contributor to his money. 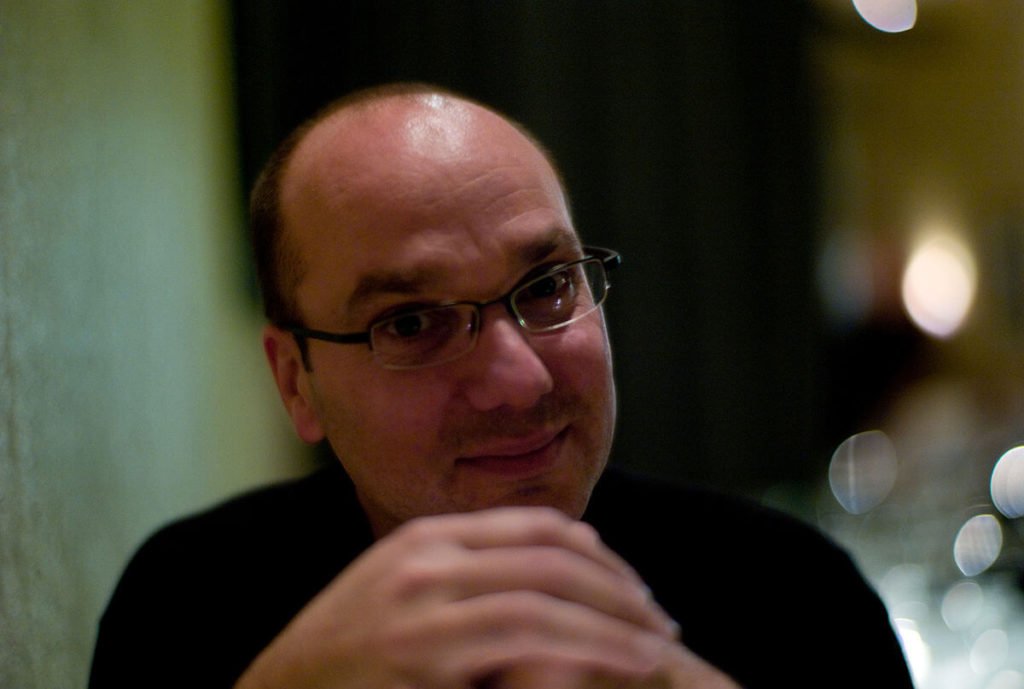 Android creator Andy Rubin joined Alphabet in 2005 after the company acquired Android for $50 million. (Photo by Joi via Wikimedia Commons. CC BY 2.0.)

Aside from salaries and the exit pay Rubin received from Alphabet, the board also awarded him with $150 million worth of stock grant. Surprisingly or unsurprisingly, this was awarded in September 2014, a few weeks into investigations about his sexual abuse. Sources who spoke with The New York Times said the stock grant was “an unusually generous sum, even by Google’s standards.”

At the time when Alphabet recognized that allegations against Rubin were true, the $150 million stock grant gave him significant leverage to haggle about his exit pay which later decided to be $90 million.

From 2011 to 2013, Google was reportedly giving Rubin a yearly salary of about $20 million, including bonus and stock-based compensation. At one point, the company secured him a loan of $14 million to buy a beach property in Japan. Over the next two years, Google separately rewarded him $40 million and $70 million in stock-based bonus.

For those who are curious, the sexual harassment filed against Rubin involved a lady whom he started dating in 2012. The lady had also been working for Android at the time. Interestingly, Rubin was already with his wife since 2011.

Rubin and the woman continued dating for a year. In 2013, the woman wanted to break up with him but was scared that it will cost her her career.

In the same year, however, Rubin asked her to meet with him at a hotel where he forced her to give him oral sex. This was the last draw for the woman, and she ultimately ended the relationship with Rubin. Investigations on the controversy followed a year after.

Fast forward to 2018, on his ex-wife’s divorce case against him, she revealed that Rubin had multiple relations with women whom he claimed “ownership” by paying hundreds of dollars to them. She found this out through an email which Rubin sent to one of his women.

“You will be happy being taken care of. Being owned is kinda like you are my property, and I can loan you to other people,” Rubin wrote in an email.

Similar information was allegedly written in one of the shareholder’s lawsuits against Alphabet at present.

“While at Google, Rubin is also alleged to have engaged in human sex trafficking — paying hundreds of thousands of dollars to women to be, in Rubin’s own words, ‘owned’ by him,” the lawsuit reads as quoted by Bloomberg.

After the explosive report from The New York Times, a multitude of Google employees staged worldwide walkouts in November 2018. They protest against the company’s handling of sexual abuse charges, pay inequality and its policy on private arbitration.

Google had since disseminated an email within employees, which was signed by Pichai, saying the company had fired 48 people for sexual harassment for the last two years and these people were let go without exit pays.

On Jan. 15, however, Google employees launched a social media campaign where they share on hourly basis facts about forced arbitration, stories of sexual assault survivors, and views of experts on the matter. Apparently, Google has not changed any of its policy on the issues even after promising to do so.

“The change yielded a win in the headlines, but provided no meaningful gains for worker equity … nor any actual change in employee contracts or future offer letters. Google is still sending out offer letters with the old arbitration policy,” the employees wrote in a public letter.

The Google employees said they would want their movement to create a ripple of change not just within Google but all tech companies where the issues were widespread.

“Ending forced arbitration is the gateway change needed to transparently address inequity in the workplace,” the employees wrote.