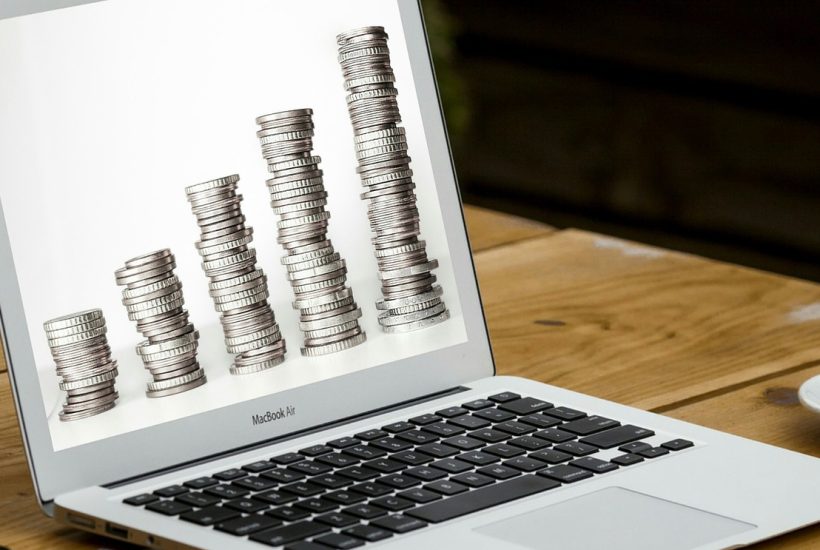 Spanish banking group Sabadell has received non-binding bids for its payments division from Italian publicly traded paytech Nexi, France’s Worldline, and U.S.-based Fiserv. Reuters writes this, pointing out that the deal would be worth up to €400 million and that Sabadell, flanked by advisor Barclays, is expected to select a short list of potential investors by early October.

That the division was up for sale had been known since last February, when the rumor was reported by Bloomberg. The info memo on the deal would be sent only to industry players such as PayPal, Fidelity National Information Services (FIS), and Network International, while private equity funds would be excluded.

The deal is expected to close in December, and at the end of the sale, there is an obligation for the buyer to sign a long-term partnership with the Spanish bank, which at the end of June had recorded a turnover of credit card transactions in Spain of more than €10 billion and a turnover of POS transactions at merchants of more than €21.6 billion, in both cases an all-time record.

Nexi is particularly aggressive on the m&a front these months

Last June, the company reached an agreement with BPER, on the strategic partnership in payment cards. In fact, the two groups signed the contract for the transfer to Nexi Payments of merchant acquiring (the business of charging customers’ cards and crediting merchants’ accounts) and POS management of BPER and Banco di Sardegna.

At the same time, Nexi will acquire 100 percent of Numera Sistemi e Informatica from Banco di Sardegna, subject to the carve-out (spinoff) from Numera itself of activities not related to POS management and support. Also in the merchant acquiring field, in August last year, Nexi signed a strategic partnership with Alpha Services and Holdings, the parent company of the Greek bank Alpha Bank, through which the Greek bank promotes and distributes solutions developed by Nexi to its customers.

Even earlier, in December 2019, Nexi had bought the merchant acquiring business of Intesa Sanpaolo, which had sold the related business unit for €1 billion in exchange for its purchase of a 9.9 percent stake in Nexi itself from Mercury UK, the holding company that groups the holdings of the private equity funds Advent International, Bain Capital, and Clessidra, which, prior to the paytech’s listing on PIazza Affari, were its key shareholders.

As a reminder, following the merger of Danish Nets into Nexi on July 1st, 2021, with the reinvestment in Nexi by Nets’ shareholder funds (Hellmann & Friedman, GIC, Bain Capital, and Advent International), Intesa Sanpaolo’s and Mercury UK’s stakes had then been reduced to 6.359 percent and 11.884 percent, respectively, while Hellmann&Friedman, with the H&F VIII fund, had remained with the highest stake (25.115 percent).

The shareholding then evolved further to coincide with the merger with SIA, which was given the green light by Agcm in October 2021. SIA’s main shareholder was in fact CDP Equity, with 82.8 percent flanked by Poste Italiane with 17.2 percent. Following the merger, effective from the beginning of 2022 (see press release here), Nexi’s shareholder base today still sees Hellmann & Friedman in first place with 19.9 percent, followed by CDP Equity with 13.6 percent and Mercury UK with 9.4 percent.

At the same time, Nexi is conducting a strategic portfolio review to better focus on its core business. The sale to Euronext Securities Milan (the former Monte Titoli) of the technology platform that currently manages the operations of MTS, Euronext’s main fixed income securities market, should be read in this context. The deal, announced in mid-June, involves a purchase price of about €57 million. Also in mid-June, Nexi also announced the sale to AnaCap Financial Partners of its Norwegian subsidiary EDIGard AS, a billing management solutions company that entered the group through Nets.

Nexi ended the first half of the year with €1.52 billion in revenues (+8.7%) and Ebitda of an impressive €702.4 million (+19.1%), against net financial debt of €5.16 billion and leverage to Ebitda of 3.4 times, down from end-December 2021. Capital expenditures rose to 218 million. In Italy, acquiring transaction volumes saw double-digit growth compared to last year, reaching +18 percent in June, with foreigners’ cards returning to pre-Covid levels while 2022 guidance was confirmed, with revenue growth forecast between 7 percent and 9 percent.

Also in recent days is the announcement of the collaboration between Nexi and Microsoft, with the Italian company chosen by the U.S. multinational founded by Bill Gates as one of the leading providers of digital payments for e-commerce in Italy, Denmark, Sweden, and Norway. Nexi and Microsoft will also work together to incorporate Nexi’s payment solutions into Microsoft Cloud services and solutions.

Despite its strong financial results and m&a activity, however, Nexi’s stock remains underwhelming, at around €8.75 on Euronext Milan, slightly more than the €8.4 at which it listed in 2019. However, precisely as a result of the m&a activity, Nexi has changed a lot in the meantime, and in fact, if you look at the valuation implied by the stock market prices, you can see how attractive the group has become at these prices.

SEE ALSO  Thailand to offer a cannabis tour for tourists

At the end of June Credit Suisse in a meaty report entitled “If The Future of Money is Digital… then FinTech is the Future” had calculated that as of June 24 Nexi had an EV of 11.3 times ebitda (i.e., €19.2 billion, for an equity value of €10.8 billion) down from 11.7 times at the beginning of June, when the 24 listed paytech companies in the world recorded an average multiple of 17 times and a median of 11 times, but especially down from 21 times at the time of listing and from about 26 times in September 2021.

For this reason, although the mid-August flare-up in paytech prices in the Milan Stock Exchange fizzled out in a matter of days, all the reasons that led the market to seriously believe in the possibility of an incoming bid by large international investors, be they private equity funds or fintech giants, remain true.