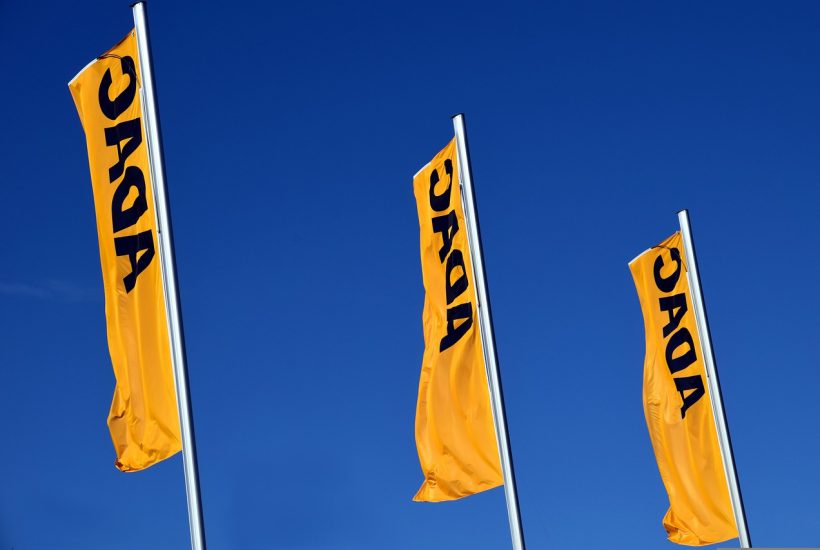 Solarisbank has landed its first really big mandate in its seventh year of existence. As Finanz-Szene learned from several people familiar with the matter, the Berlin-based “banking as a service” fintech company will be the new co-branding partner for ADAC’s credit card portfolio.

The automobile club had re-tendered the mandate, estimated at around 1.3 million cards, after falling out with its long-time issuing partner – Landesbank Berlin – last year. In addition to Solarisbank, Hanseatic Bank in particular had recently made intensive efforts to win the contract. In the end, however, the decision was made in favor of the Berlin fintech company, say sources.

For Solarisbank, the deal could have an almost transformative significance

One insider estimates that the co-branding business has brought Landesbank Berlin revenues of up to €300 million in strong years. Now, this amount cannot be transferred one-to-one to Solaris, because: the LBB partnership with Amazon was also included in the presumed figure of around 300 million, the co-branding is likely to be past its prime, and ADAC presumably imposes tougher conditions on Solarisbank than on LBB.

In addition: In the co-branding business, the issuing bank always has to contend with high income as well as high expenses. And yet, if you consider that Solarisbank generated total revenues of just €101 million in the past fiscal year (a good half of which was contributed by Contis, the British bank acquired last summer), then you get at least a rough idea that the Berlin “Banking as a Service” a unicorn is likely to enter new dimensions in terms of revenues with the ADAC deal (what will be left over is, of course, a completely different question).

The decision of the automobile club in favor of Solarisbank has a considerable symbolic significance for the industry beyond the two companies. Not so long ago, co-branding was still the domain of traditional banks; in addition to the market leader LBB, DKB (as a partner of Lufthansa and BMW) and Commerzbank (as an issuer for the credit cards of TUI, Tchibo, and Deutsche Bahn) were also involved. However, as Finanz-Szene reported exclusively at the beginning of September, Coba will soon discontinue its partnership with Deutsche Bahn (see here), which leaves Commerzbank with only two major partners and means that a withdrawal cannot be ruled out in the long term.

SEE ALSO  Fitch forecasts a 2.1% drop in ratings and recession in Sub-Saharan Africa

Landesbank Berlin, in turn, has already announced precisely this. This means that Amazon is also likely to be looking for a new partner at the moment. Should Solarisbank also win this pitch, the newcomer would have become the new top dog in the German market within a very short time.

According to information from Finanz-Szene and Finance Forward, several banks were originally interested in the ADAC mandate. However, after Barclays (the former Barclaycard) made the conscious decision not to expand into the co-branding business and classic providers such as Commerzbank or DKB preferred to stay on the sidelines, everything in recent months has come down to a duel between Hanseatic Bank and Solarisbank. The obvious choice would actually have been Hanseatic, say market experts. After all, the Hamburg-based bank has immense experience in the card and credit business. “ADAC could have done little wrong with this partner,” said one insider.

And Solaris? Solaris has made a name for itself as a banking partner of several up-and-coming front-end fintech companies such as Trade Republic, Penta, and Vivid Money. However, its usual “account & card” model was based on issuing debit cards; the fintech is rather inexperienced in dealing with credit cards (and the associated credit risks). “A decision for Hanseatic Bank would have been a decision for credit expertise – whereas a decision for Solarisbank is a decision for technology and innovation,” the insider said. He expects ADAC to add new features to its card portfolio soon. “A fintech as a partner should actually be made for that.”

An exciting, but hardly answerable question is: Did Solarisbank win the ADAC pitch primarily on competence – or rather on price? On the one hand, the signal that the Berliners are sending to the market with their new customer could hardly be more impressive. On the other hand, ADAC will not give itself away as a cash cow. Other banks (and ultimately also LBB) have already had to feel that companies with strong customer bases, such as the automobile club or Amazon, tend to dictate the conditions to their co-branding partners rather than the other way around.

What’s more: since the capping of interchange in 2015, the days of very easy-to-earn margins in the credit card business are passé. Moreover (see here): As Finanz-Szene recently reported exclusively, the number of credit cards issued in this country fell by 2.1 million last year to just 38.4 million. A costly battle for market share is looming.

SEE ALSO  Best travel insurance apps to use this summer

And another aspect to consider: A large partner like ADAC is likely to pose enormous challenges for the still startup. For example, according to our information, Landesbank Berlin is said to have employed around 250 people in the card business alone. By contrast, Solarisbank (again, including Contis) currently employs a total of just around 700 people – most of whom are likely to have enough to do even without the new flagship partner.

Against this background, the most recent statements by Solarisbank CEO Roland Folz become even more explosive. Folz told Bloomberg: “If partner companies are not profitable enough or too risky for us, this can ultimately also mean that we terminate business relationships. At the very least, the position of small Solarisbank partners such as Tomorrow or Finom is unlikely to have improved as a result of the ADAC coup.

(Featured image by ulleo via Pixabay)