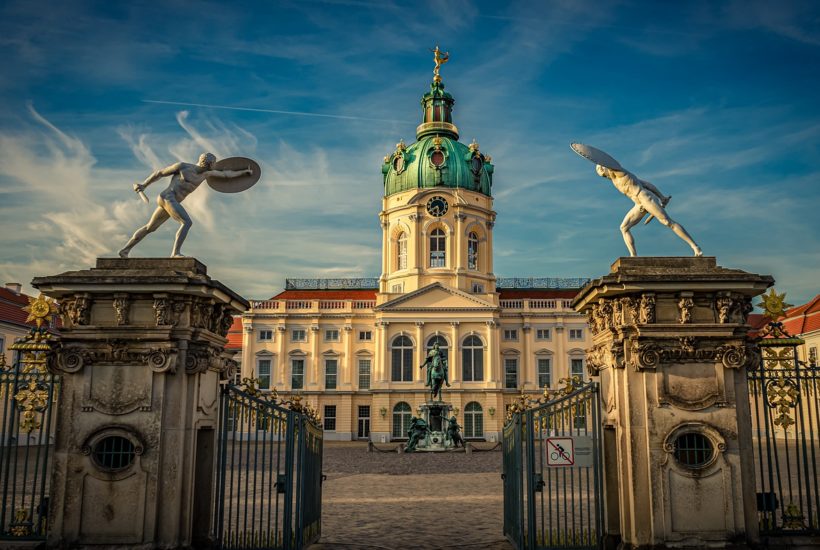 What do we really know about our fintech? To be honest: not much. Because as communicative as they are, if it fits them into the stuff, as closed they give themselves (understandably enough) if it really goes to the preserves.

In the concrete case, Finanz-Szene.de had, however, the luck to encounter a whole set of high-exciting documents – of the merger contract over annual reports up to current lists of partners. On this basis, it was possible for us to trace the “fintech deal of the year” in detail.

For a long time, Figo was one of the most respected German B2B fintechs. This was due to his long-time CEO André Bajorat, who as a blogger, podcaster and lobbyist spread far beyond the community. At that time, Deutsche Börse invested 6.8 million euros in the Hamburg-based interface specialist. The post-money valuation at that time (as can be extrapolated on the basis of the consolidated financial statements of the stock exchange) was 36 million euros. Almost spectacular for B2B conditions at the time.

Finreach was one of the showcase start-ups from the fintech forge Finleap in Berlin. Finreach’s early success was due in part to the Payment Accounts Act. This came into force in autumn 2016 and required banks to make it easier for customers willing to migrate to switch to another institution.

At the beginning of this year, Finanz-Szene.de reported exclusively that Finreach and Figo will merge under the roof of Finleap. In the summer it then became known that this union was only the beginning of far-reaching rebuilding measures with Finleap.

As part of the measures described, Finreach has entered far-reaching business figures in the commercial register in recent weeks. We assume that this is due to regulatory requirements.

Let’s start with the income statement (all amounts in TEUR)

1. Although Finreach did not start until 2015, it generated seven-digit sales revenues in the following year. This is more than remarkable, especially in view of the manageable expense involved at the same time. It looks as if the Berliners had not only focused on the right product with the account change but also had the “execution” under control.

2. Nonetheless, revenues in 2017 (34%) and 2018 (36%) grew at a rather leisurely pace. By way of comparison, Solarisbank (which also belongs to Finleap and relies on B2B) quadrupled its turnover in 2018, starting from a comparable level.

Unlike Finreach, we have no income statement for Figo. However, we assume (without knowing it) that the revenues have moved and are moving in similar dimensions to Finreach. Nevertheless, there is an important difference between the two start-ups: While Finreach for a long time relied heavily on its core product “account change”, API-Fintech Figo invested significantly more in new initiatives beyond its traditional interface services. As a result, the people of Hamburg were on the move with more imagination, but also with more risks.

Finanz-Szene.de had always interpreted the deal in such a way that Figo would be taken over by Finleap and then merged with Finreach under the Finleap roof (to become the new Finleap Connect). De facto, according to our research, this is indeed the case. De jure, however, the deal seems more complex to us.

Because only Figo has the valuable “PSD2 license” (correctly expressed, it is a Bafin license as account information and payment trigger service), Finreach had to be merged with Figo first – not vice versa. Strictly speaking, the new Finleap Connect is the old Figo. But that doesn’t change the fact that the driving force behind the merger is not the Figo shareholders (like Deutsche Börse), but the Finleap behind Finreach. According to everything our research shows, Finleap (largely) bears the financial burden of the deal on its own – while Deutsche Börse, for example, seems to have made itself a rather slim foot.

How much money will Finleap spend on the actual acquisition of Figo and his vision of “Finleap Connect”?

As can be seen from the appendix to Finreach’s 2018 financial statements, Finleap provided a good 700,000 euros of capital in the same year. This was followed in March by an “additional payment to the capital reserve” in the amount of EUR 3.7 million.

At the same time, the “conversion of the shareholder’s convertible loan” – i.e. Finleaps – in the amount of EUR 3.2 million was resolved. The EUR 3.2 million is probably the largest portion of the “liabilities to shareholders”, which had been accounted for at just under EUR 3.4 million at the end of 2018.)

Finally, a further capital increase of EUR 2.8 million was resolved in March 2019, which should be implemented in the course of this year or has already been implemented. All in all, including the loan swap, Finleap has already invested a good EUR 10 million in the deal.

The extent to which the Figo shareholders may have been involved in the deal cannot be determined with absolute certainty from the documents available to us. We would assume that the EUR 2 million convertible loans from 2018 have been swapped in the meantime, but that the former shareholders have not provided any further amounts worth mentioning. Rather, we would consider it plausible that Finleap has also filled the capital cushions a little at Figo.

If you break down the “fintech deal of the year” into its individual parts, you get stuck:

Of course, this does not change the fact that the merger has created a major B2B fintech player with plenty of know-how and potential.

In any case, it is clear that the new “Finleap Connect” based on the Finreach/Figo merger is de facto a pure Finleap event. Deutsche Börse, on the other hand, has noticeably reduced its ambitions.