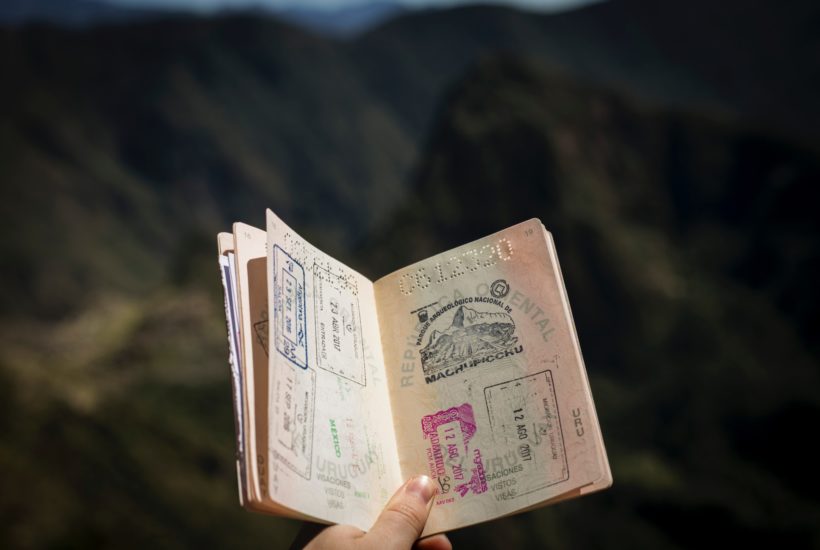 “We have already made a strategic decision to remove the barriers that have impeded the free movement of our people within the continent by introducing the issuance of visas at the point of entry into Nigeria to all people holding an African passport from January 2020.” This was stated on Wednesday, December 11, by President Muhammadu Buhari at the Aswan Forum for “Sustainable Peace and Development in Africa,” held in Egypt.

The Born2Invest mobile app delivers breaking news and trusted, in-depth reporting from the world. Get the latest economic news, business breakdowns, and many other interesting topics so you can stay informed.

The news delivered is of great importance, given the administrative burden of entering Nigeria for African nationals outside the Economic Community of West African States (ECOWAS) region. Indeed, those who belong to this area (350 million people) can already travel to Nigeria without a visa, however, at this point, visitors from many African countries located outside this region must apply for visas in their home countries, which are issued upon arrival.

As surprising as it may seem, the announcement comes against the backdrop of the continued closure of Nigeria’s land borders with all its neighbors which has affected trade and the free movement of people within the ECOWAS.

President Buhari is regularly accused of being a “protectionist” but, according to him, this measure was only taken to curb the smuggling of products such as gasoline and rice. Ultimately, the decision was made in order to boost local production, particularly in the food sector.

A country torn between opening up and closing down

While the Nigerian immigration services official website already indicates that the visa can be obtained locally by African visitors, many citizens remain skeptical about this announcement. The majority of Africans remain unaware of the easing travel restrictions on the continent, despite this being a key objective of the African Union. Up to this point in 2019, Africans did not need a visa to travel to a quarter of other African countries, compared to 20% in 2016, according to the Visa Opening Index for Africa.

Currently, Nigeria is ranked 30th on the African Visa Opening Index. For general Internet users, the president’s remark is not a contradiction. Usman started the approach as “Borders closed, visas open,” in a tweet on the topic.

Other opposing internet users claim that the decision reeks of hypocrisy and shun the idea stating that “of the utmost importance. Tell him to open the closed borders if he is a pan-African as he is trying to pass himself off.” Another may argue or remind that land borders are not closed to the movement of populations, especially those coming from the ECOWAS zone.

“The essence of border closure is to stop smuggling. Anyone can still import items through Nigeria’s ports and airports,” Usman stated on Twitter in an attempt to clarify and calm the views of the situation down. The pressure to solve this problem of free movement between borders is enormous. Last year, the richest man in Africa, Aliko Dangote, made a complaint that he needed 38 visas to travel to the continent with his Nigerian passport. But the situation in Nigeria is not an isolated case.

South Africa, for example, has also shown interest in this idea and plans to create a new border management authority in 2020, in an attempt to curb the entry of undocumented migrants into the country. And this is a commitment that the ruling ANC made in the last general election when the country experienced a new wave of attacks against nationals of other African countries.