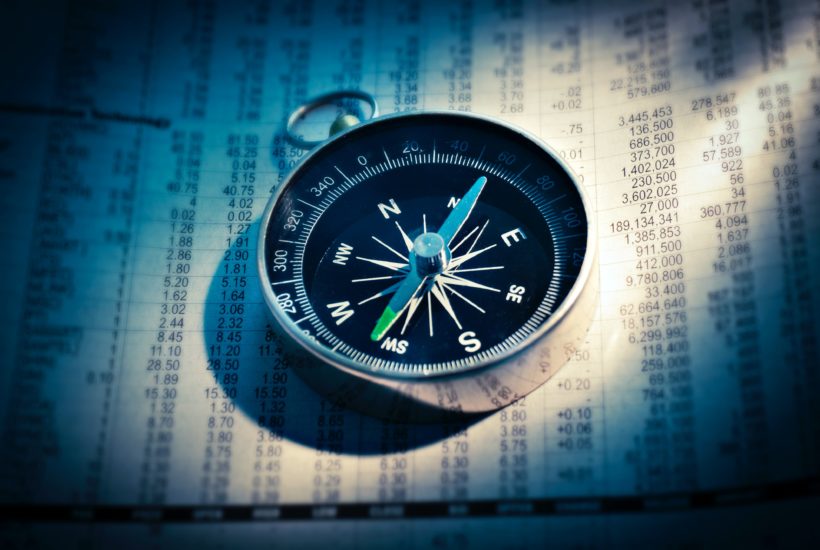 The overvaluation of stocks relative to the economy has placed them in such rarefied space that the market is subject to dramatic and sudden air pockets. Our Inflation Deflation and Economic Cycle model is built to identify both cyclical and secular bear markets and protect and profit from them.

However, what it cannot do, nor can anyone else, is anticipating every short-term selloff in stocks. While the IDEC strategy protects and profits from bear markets, it also tends to soften the blow from short-term selloffs and prevents us from panicking at the bottom of every brief correction. This was the case in the latest plunge that started on September 3rd and lasted just three brutal days.

Having said that, I am very concerned about the market right now and heading into the election. The reasons are as follows: While it is true that the Fed is indeed stuck at the 0% bound for many years, it is also true that its balance sheet has stopped increasing at the multiple trillion-dollar torrid pace seen earlier this year. In fact, it has not only just plateaued; it has actually begun to shrink. The balance sheet has decreased by $100 billion in the past 3 months.

Another reason for caution is the upcoming vote this November 3rd. There is a good chance it could be marked by election-related chaos such as this nation has ever seen before. The normal peaceful transfer of power, which has been a hallmark of this country, is in huge jeopardy this time around because both parties could claim election malfeasance. In either case, the election seems to be a dead heat, and this nation appears to be moving closer and closer to civil unrest on both social and economic fronts. The surging wealth gap is primarily to blame for this, and the Fed is primarily responsible for its creation and expansion.

In addition, the massive fiscal cliff that I have been warning about has arrived. The $3 trillion that was borrowed by the government and printed by the Fed has been exhausted. No further Paycheck Protection Program grants/loans have been approved, and those that have been disseminated have been spent. There are no more $1,000 checks per adult and $500 checks per child in helicopter money arriving any longer. The CARES ACT enhanced unemployment funds are dry. And, the Lost Wages Assistance program authorized by President Trump using FEMA dollars, which paid a $300-a-week federal supplement to unemployment benefits, will end by mid-September.

SEE ALSO  The coronavirus has caused a rise in cannabis prices

Wall Street has one hope to propel the bubble higher; it is clinging to the much-anticipated and greatly-hyped vaccine that is supposed to arrive (conveniently) on November 1st. Of course, a vaccine would be wonderful news for the world. However, it does not at all mean the Coronavirus will cease to be an issue immediately before election day. In contrast, the vaccine will herald at the beginning of the long process of hopefully eradicating the virus from humans. And it will also mark the start of when some very tough questions begin to get answered. For example: How effective is the vaccine, and how safe will it be? We received a wakeup call on that front on Tuesday, when AstraZeneca’s vaccine trial was halted due to safety concerns. Other concerns revolve around how fast a vaccine will get distributed to the general public–the initial FDA approval will only be for Emergency Use Authorization. And, what percent of people end up taking a vaccine that was developed at hyper-warp speed? Nobody knows the exact answers to those questions at this time, but what is known for sure is that the pandemic will be an issue well into the first half of 2021–at the very least.

What will also be an issue are the scars left behind…scars that Wall Street is completely blind to. Mainly, there are the growth and productivity-killing aspects associated with an economy that must now lug around an additional $3.3 trillion in National debt and a $3 trillion run-rate of new business debt. Keep in mind the level of business debt was already at a record relative to the economy before the pandemic surfaced. And now it has vastly increased the number of zombie corporations alive, whose current business model is to feed off of the Fed’s free money to satisfy debt service needs. And most regrettably, there is the number of people who have become permanently unemployed due to COVID-19. According to the August NFP report, the permanently-unemployed rolls soared by 534,000 to reach 3.4 million — the highest level since 2013. This figure has jumped by a cumulative 2.1 million people since February. As of August 11th, there are about 155,000 total business closures reported on Yelp since March 1st. About 91,000 of the closures are permanent. These are the businesses that have closed entirely, but countless more are suffering from revenue and earnings shocks, which is causing them to lay off employees at the rate of about 1 million per week.

SEE ALSO  How will the global economy change by 2050?

The Predictive components of our IDEC Model are signalling the economy is heading into the macroeconomic conditions of disinflation and recession. This should be the case for a while unless and until we get another massive fiscal package from D.C. The market-driven components are also starting to confirm the economy’s direction is going south. However, it is too early to get net-short until the high-frequency components give us a similar signal. We will continue to try and proactively protect your assets, instead of getting passively slaughtered like the rest of Wall Street is set up to suffer once again.