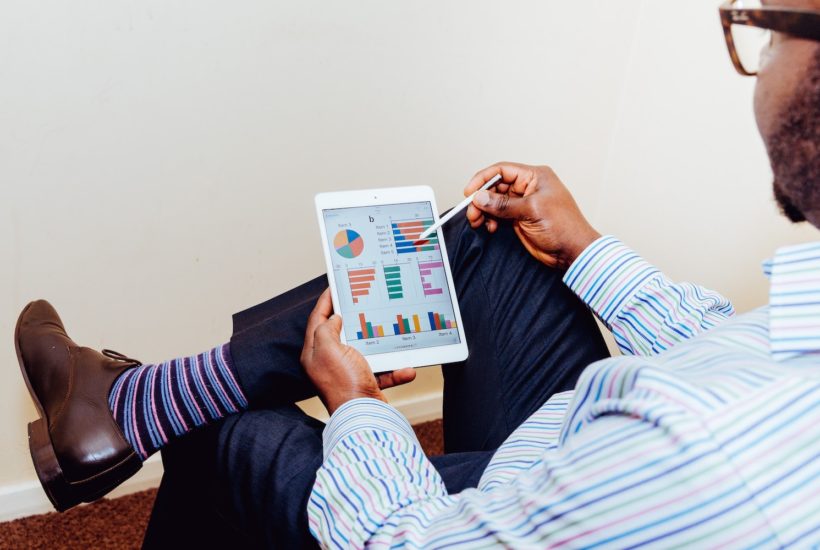 More than 2,700 finance professionals from 75 different countries attended the 5th edition of the Paris Fintech Forum at the Palais Brongniard.

This was an opportunity for the players in the financial sector to take stock of recent innovations, and for the Secretary of State for Digital Technology, Cédric O, to reaffirm the support of the public authorities for this flourishing sector.

For more insight, details, and daily updates, download our Born2Invest mobile application to check and stay up to date with the latest business news in fintech.

Only a few days after the World Economic Forum in Davos, Switzerland, the fintech elite met in the French capital to discuss not the global economy, but the microcosm of the innovative finance sector.

Online neo banks, apps for expenditure or investment management and new digital payment systems are flourishing. These are welcome innovations at a time when only 19% of French people are satisfied with their banking services, according to a national survey conducted in January by Moneway.

The overall development of the fintech sector

Fintech (a contraction of “finance” and “technology”) refers to a new financial industry composed of companies that deploy new technologies, mostly digital, to improve financial services activities. Combining data and mobile technology with innovative models, these companies want to serve the new financial needs of users.

This sector is booming in markets around the world. Fintech is going global and the Asia-Pacific, notably, China continues to dominate the world rankings with Ant Financial (China), Grab (Singapore) and JD Digits (China) on the podium. The Indian companies Paytm and Ola and the American companies Compass and Opendoor are also on the rise.

Many new online banks are developing, such as the French Qonto, new digital payment systems, with giants such as Apple pay or Facebook’s Libra, and small ones on the rise, such as the French Lydia, for expense management, accounting, investment, and credit granting. On the French side, the ecosystem has come together within the non-profit association France Fintech created in June 2015 on the initiative of entrepreneurs. Its mission is to promote the excellence of the sector in France and abroad and to represent French fintechs to the public authorities, the regulator and the ecosystem.

The message seems to have been well received by the Government as the fifth edition of the Paris Forum Fintech took place under the high patronage of the President of the Republic and was visited by the Secretary of State for Digital Technology. In 2018, 350 French fintechs were identified by the association, 234 of which carry out a regulated activity under different statutes (ACPR and Banque de France). In full bloom, the latter raised $755 million (€699 million) in 2019, and already $156 million (€144.5 million) in January 2020, according to the association.

Even better, 4 French fintechs – Dether, Lunchr, Moonshot-Internet, Spendesk – are among the top 100 fintechs of 2019 according to auditing giant KPMG. They succeed Leetchi (2016), Alan, iBanFirst, Lydia, Payfit, Qonto (2017), +Simple and Shift (2018) among the players referenced in the “Emerging 50” ranking.

Views from the inside

During a round table discussion, five foreign speakers came to share their experiences and visions of the launches and developments of Fintech start-ups, particularly in Europe and the United States. Although they did not entirely agree on the details, a consensus seemed to emerge on the sector’s good economic situation. For example, Tom Stafford, managing partner of DST Global (an investment fund based in Hong Kong), expects 8 to 12 fintech giants, such as Paypal, to emerge in less than ten years.

Emmalyn Shaw, managing partner of Flourish Ventures (an American investment fund), confirms this point of view but believes that only two or three international players will have a monopoly, probably Chinese, American or British. For the moment, only three fintechs have joined the club of the hundred billion dollar turnover.

Speakers wondered whether digital payment will develop as quickly and as strongly as social networks, such as Facebook and Twitter in their early days, but we’re not all convinced. For example, for the moment, the Apple pay service is “not a real success”, especially in France, where it is used very little. On the other hand, they seem certain that we are experiencing a major transition in the banking sector, especially in developed and emerging countries as well as in Europe and South America.

Norris Koppel, CEO of Monese (a British company offering current accounts and money transfer services), believes that once a fintech start-up reaches a considerable size, it is bound to have many offers from major banking groups and has no choice but to agree to be taken over. Some players are therefore anticipating an M&A boom, i.e. an explosion of mergers and acquisitions in the fintech market. Giants such as Mastercard will therefore not belong in reacting strongly.

Invited to take part in a conference on banking regulation and security in an open world, Frédéric Oudéa, CEO of Société Générale, explained that “new technologies represent a very important revolution for banks” that enables them to “deliver better service to customers” and to “rethink and redesign all their functions.” For him, the protection of personal data and cybersecurity are at the heart of this new banking approach.

The major French bank has therefore rethought its customer relations and thought about new business models that are better suited to this ecosystem in the midst of turmoil and new competition. Faced with the arrival of large platforms and neo banks, this classic player has optimistically decided to develop in line with new technologies and to form new partnerships. For example, it has bought the start-up Treezor, the Lumo crowdlending platform, and entered into a commercial agreement with Amazon.

For Jose Manuel Campa, Chairman of the European Banking Authority, “innovation is not new to finance.” This expert, who has always seen the sector evolve in line with new technologies and new banking practices, also emphasizes the security and responsibility of the players involved, as well as that of the supervisory bodies of this major sector. Several areas are very important in this dynamic of change according to him, such as the fragmentation of the sector and cybersecurity. “The key component is trust,” which necessarily involves the transparency of the process and its total security.

SEE ALSO  The many benefits of corporate social responsibility

Among the 320 speakers at the two-day conference, four European experts came to discuss the need to invest and create fintech giants capable of competing with the Americans and Chinese. For Eric Lombard, Director of Caisse des Dépôts, it is a kind of mystery that there is still no European giant in this area, because the investment capacity and talent are “enormous,” especially in recent years when the major funds have been developing. He thus conveys the message that the European market is open and easily accessible, “more so than the US market, which has 15 regulators.”

Gilles Grapinet, CEO of Worldline (a major French company for online BtoB payments) denounced the fragmentation of the banking sector, which has more than 600,000 players in Europe. This expert sees start-ups as future partners and is convinced that banks are still indispensable players in the sector. “It is necessary to work in an ecosystem,” he said. French groups are investing heavily. La Banque Postale, for example, has joined forces with KissKissBankBank, a French collaborative financing start-up founded in 2010 on the Kickstarter model.

According to them, fintech’s future lies in the development of instant payment and the application of the PSD2 (Payment Service Directive, a European directive adopted on 13 November 2007 on payment services in the internal market). The latter is salutary for Gilles Grapinet, for whom “sometimes being late is an advantage.” He thus believes that Europe can create a very good banking product by taking an example of what works well today and avoiding the pitfalls suffered by certain Chinese and American start-ups.

First published in Affiches PARISIENNES, a third-party contributor translated and adapted the article from the original. In case of discrepancy, the original will prevail.