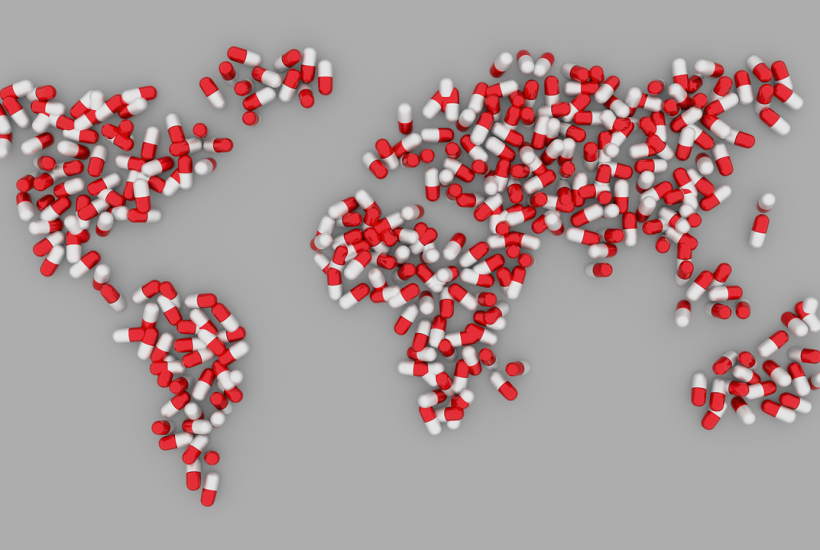 The pharmaceutical industry sets ground. Some 16.9% of the world’s countries have pharmaceuticals among their five most exported non-agricultural materials by value transacted in 2021, according to data from the World Trade Organization’s (WTO) Trade Profiles 2022 report.

Specifically, 35 of the 195 countries around the globe have a mainstay of their economy in the sale of medicines for therapeutic or prophylactic purposes, presented in doses for retail sale. Among them, nine countries also combine the sale of pharmaceuticals with the sale of blood products.

Ireland is the country with the greatest exposure to the pharmaceutical industry in its exports; specifically, 25% of its foreign sales are of plasma derivatives, while 12% of its exports are of drugs for retail sale.

The country’s pharmaceutical sector is made up of national companies and up to 120 foreign companies. In total, the sector employs 24,500 people directly, according to data from the Irish Pharmaceutical Healthcare Association. Giants such as Pfizer, Lilly, AbbVie and Novartis have production plants in the country.

Read more about the pharmaceutical companies with our companion app. Born2Invest is a digital media website covering the biotech industry, among others. Our companion app allows you to get your daily dose of financial news from industries like banking, cannabis, and innovation in biotechnology.

Spanish company Grifols is also present in Ireland. The listed company, which specializes in plasma derivatives, announced last October the start-up of a new plant in Dublin to produce albumin. All in all, the country is the EU member that is most dependent on the European Union’s pharmaceutical industry. For the 27 economies as a whole, pharmaceuticals are the second most exported product, behind only car engines.

SEE ALSO  Banca IFIS aims for a dividend yield of 7%

Beyond the 27, the pharmaceutical industry maintains its relevance in Switzerland and ranks as the country’s second most exported non-agricultural product, followed by blood products, both of which account for 30% of the country’s export value. The European country owes 5.4% of its Gross Domestic Product (GDP) to industry and, together with the United States, they are the largest business hubs in the world.

Medicines are also among Belgium’s most exported products, accounting for 13% of its exports, while plasma derivatives account for another 7%. The country has production plants of countries such as AstraZeneca, AbbVie, GSK, Novartis, Pfizer, Merck, Roche, and Sanofi, among others.

Another European country with a high dependence on the industry is Denmark, where more than 15% of its exports are pharmaceuticals, the first product sold abroad by the Danish economy. In addition, 3% of the country’s exports are blood products for medical purposes.

For Spain, pharmaceuticals are the country’s third most exported product, while blood products are in fifth position. Although below other neighboring countries such as Greece, where drugs account for 10% of exports, France, with 5.7%, and Italy, with 5%.

Beyond Europe, the pharmaceutical industry is among the mainstays of smaller economies such as Barbados, Cyprus, Costa Rica, Guyana, Malta, Sao Tome, and Principe.

(Featured image by jniittymaa0 via Pixabay)