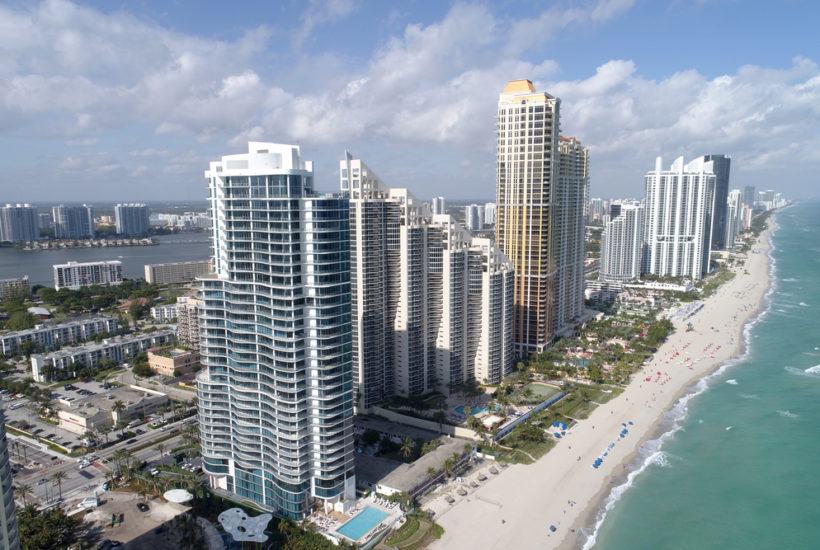 Employment numbers came out last week and showed unemployment at a 50-year low. Average hourly earnings are up 3.2 percent over the past year. Add in the equity markets at record highs, GDP at 3.2 percent in the first quarter, and 10-year bonds at 2.5 percent, and you might be forgiven for thinking we’re in economic growth nirvana.

But this is no fairy tale. There’s no Goldilocks story where everything is “just right.”

We haven’t achieved some beautiful equilibrium where growth is free and everyone gets rich. We’ve simply transferred wealth to those who could buy real estate or intangible assets after the financial crisis, and now we’ll have to claw it back from them to pay for everything from social services to infrastructure.

There’s no free lunch. It’s been more like an all-you-can-eat buffet and we’ll pay at the end.

If you’re not seeing this gathering storm, you’re not paying attention.

Neighborhoods south of mine are still recovering from Hurricane Harvey, almost two years later. Hurricane Michael flattened Tyndall Air Force Base near Panama City, Florida. Neither area can get to disaster funds at the moment. As the Wall Street Journal reported over the weekend, they’re hobbled by the same thing: Puerto Rico.

The Commonwealth spent its way to bankruptcy, only to be hit by Hurricane Maria, but then squandered recovery funds, and now the Feds aren’t dispensing any recovery dollars. As for the bankruptcy, the committee overseeing Puerto Rico’s finances just declared two bond issues from five years ago invalid. If you own the bonds, you’ll get a letter demanding you return all interest received. But you won’t get your investment back: it’s a one-way street. Detroit did the same thing in 2014.

This exact situation is coming to a town or state near you, especially if you live in Chicago.

Houston, just north of me, is grappling with new legislation to give firefighters a raise to reach parity with police officers, but the city can’t raise taxes without a vote. That leaves the mayor with one option: fire a bunch of firefighters. That’s always popular.

Many cities and states are strapped, and even those that appear flush (looking at you, California) have pension liabilities that will swamp their finances in the years to come.

So far, the federal government has been able to skate by borrowing more. They’ve done it for more than a decade, to the point where we’ve named the ability to borrow however much for however long “Modern Monetary Theory.”

But there’s nothing modern about a debt binge without thinking the consequences apply to you. It’s a phenomenon as old as money itself.

The bill will come due

First, at vulnerable cities, then states, and then finally at the national level. Interest rates will creep higher, driving up debt service payments, squeezing already tight finances. Before then we’ll most likely give away more seemingly free stuff, like health care and education, which will only make matters worse.

When politicians look for a way to pay, they’ll find those of us who either deliberately chose, or were simply lucky enough, to buy real estate and intangible assets, and then hold on as the Federal Reserve cranked up the printing presses and drove monstrous inflation in those two areas.

We’ve been borrowing for mortgages at sub-five percent for a decade, and companies issue debt to buy back stock. It’s been a good ride.

The target on your back

But pay attention to the changing winds among Democratic presidential hopefuls. They’re saying things that would have been laughable just four years ago, and absurd during the 2000s.

Pick any pithy response to socialism that you want. I like, “It’s a system that makes everyone equal by taking from the rich until everyone is equally poor.” None of them will sway someone who can’t scrape together $500 for an emergency, which happens to be 40 percent of adults.

SEE ALSO  The gig economy has matured — when will the business world catch up?

I’m planning for a future marked by higher taxes at every level, and it’s already starting. My little town just increased the sales tax to the state maximum of 8.25 percent, trying to avoid higher property taxes.

It will work for a year, maybe two. But then property taxes will go up as well. We have roads to fix, pensions to pay.

It’s one of the reasons I’m selling my home

I also see the fabulous ride in equities ending as economic growth slows down. But it will happen just as municipalities must deal with the reality of busted finances. They’ll demand more.

We should still have relatively full employment as Boomers retire, but they’ll take the bulk of financial assets with them, so taxing authorities will follow the money, implementing levies that seek out wealth.

I’m not sure, but I’m not waiting around to find out.

I’ll earn what I can while the markets reward risk takers, but I’m keeping a close watch. It will be best to have a smaller footprint when that happens. It will make you a smaller (tax) target.