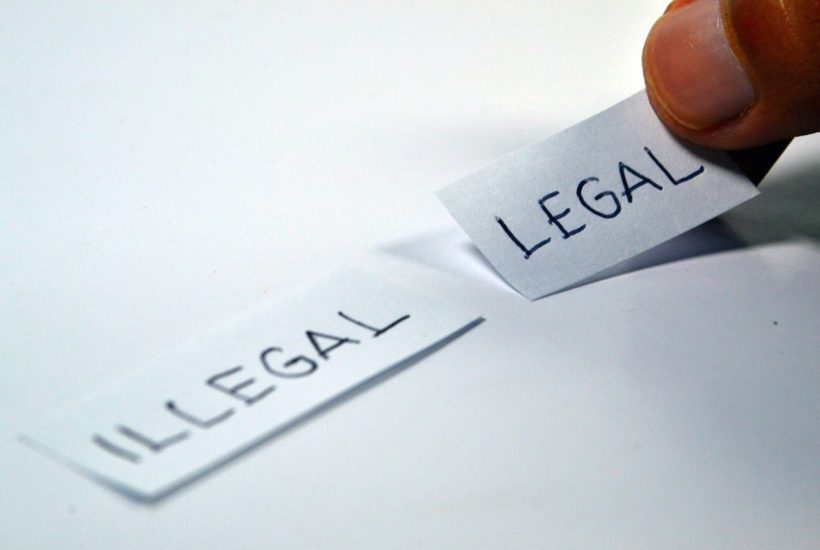 The Federal Law for the Legalization of Cannabis was approved on March 10th in the Chamber of Deputies and, with it, the General Health Law and the Federal Criminal Code were also reformed to put an end to more than 100 years of prohibitionism in Mexico. The Senate still has to approve the ruling for it to enter into force, however, this institution is analyzing requesting a fourth extension to postpone the discussion until September, since the deadline for the issue to be resolved is April 30th.

This possibility has not been well received by civil organizations. Mariana Sevilla, from México Regula, said that “a fourth extension no longer makes any sense because it has already been discussed for two years in the Senate, and [for] one [ordinary] period in the Chamber of Deputies”. And it clarifies that, despite the fact that the ruling continues to criminalize simple possession and the grammage allows the authorities to continue violating human rights, among other points that have been criticized by civil society, “a perfectible regulation is preferable to a perpetual prohibition”.

That is a slogan adopted by the entire #RegulaciónporlaPaz coalition, but also by Plantón 420 at national and local level, who are also asking the Supreme Court of Justice of the Nation (SCJN) to guarantee compliance with the ruling issued in response to the appeals filed by organizations such as the Mexican Society for Responsible and Tolerant Self-consumption (SMART) or the RIA Institute to be able to use cannabis for recreational purposes, which created jurisprudence and resulted in the obligation of Congress to regulate the issue of consumption.

Read more about the legalization of cannabis in Mexico and find the latest cannabis news from around the world with the Hemp.im mobile app.

On the other hand, the activist added that if the discussion of the ruling is postponed until September, it will be up to a reconfigured Chamber of Deputies to give continuity to the issue, since by that time the legislators elected on June 6th will be in their seats, which will change the conditions in an unfavorable way, and “the opportunity to contribute to the improvement of [the situation in Mexico], as a consequence of the war on drugs, [could] be lost”.

Martha Tagle Martínez, who has promoted the issue in the Chamber of Deputies, agreed, and added, in an interview with LADO B, that, at least in this legislature, “we do not see the will to legislate.”

The legislator added that the Senate cannot “fix” the ruling -since senators have pointed out that it has unconstitutionalities- because for that they will have to start a new process, with a new initiative and delay even more the regulation of cannabis.

And although the Senate blames the Chamber of Deputies, Tagle Martínez stated that “the problem [with the ruling] is of origin: it was bad, with a lot of bureaucracy and over-regulated (…) and now they use the pretext that it is unconstitutional, which the Chamber of Deputies [changed], when in fact what it shows is that they do not want to [discuss it]”.

Among the changes made by the Chamber of Deputies to the ruling, which the Senate approved on November 19th, are the elimination of the proposal to create a regulatory institute and, instead, to empower the National Commission of Addictions (Conadic) to carry out that task; to demand a mandatory registration for an adult person to obtain a consumption license, and the benefit to the industry with integral licenses was increased, removing some of the benefits in favor of peasant communities, for example.

From extension to extension, the rights of cannabis users are affected

It was Senator Ricardo Monreal (Morena), president of the Government and Political Coordination Board (Jugocopo), who revealed two weeks ago the possibility of requesting the fourth extension, since the Senate has until April 30 as deadline, by SCJN mandate, to discuss the ruling.

The first extension was requested by the Senate in October 2019, since the SCJN notified them in February of that year that they had to regulate cannabis consumption before October. Afterwards, the Senate asked for another extension and the SCJN granted it until April 30, 2020; then came the pandemic and, although they had already approved a preliminary draft, they asked for another extension that expired on December 15 of that year. It was the Chamber of Deputies who asked for a third extension, before the previous one expired, and this is the one that ends on April 30.

The lack of political will to discuss the ruling means that cannabis users “continue to be detained, criminalized (…) While [the] legislators [do not comply with the SCJN’s deadline], [the] users are struggling,” said Martha Tagle.

In this case, it is women who are most affected by the lack of regulation, since during 2018 the number of women charged for the crime of narcomenudeo (simple possession in the case of 82.7 percent of cases) increased 216% compared to 2016, this because “women begin to use public space as cannabis users and for that very reason suffer more violence from the state,” said Mariana Sevilla, something that is crossed by issues of social class and where one lives.

Likewise, not legislating and continuing to postpone the entry into force of the ruling perpetuates “the culture of the “torzon”, in which police extort consumers, accuses Sevilla, and indicates that regulation has to happen “not only because it is a right but also because we have to learn as a society not to stigmatize users”, and that will only be achieved when the regulation law enters into force.

The government is going against its own drug policy proposal

Mexico Regula regrets that the majority of the Chamber of Deputies and the Senate, which said they were in favor of change and transformation, do not have the commitment to change the drug policy in the country, as they promised in their campaigns. It is worth remembering that this issue is included in AMLO’s National Work Plan 2019-2024, where it is specified that “the only real possibility to reduce drug consumption levels lies in lifting prohibition”.

However, during the three years that the discussion of this issue has been going on, Marina Sevilla highlighted that, instead of opening rights to more people and making them broader, they have been restricted with each modification and to the detriment of cannabis users, and accuses that with each process in both chambers the industry went from having a very limited format in principle to a much more open one, so that rather than ensuring rights it seeks to create a market.

In addition, the panorama also shows that the Senate does not want to comply with the Court’s sentence or conclude this legislative process, which for Mariana Sevilla is not so complex because while the Congress of the Union approves more complex reforms such as the creation of a registry with biometric data so that users can access a telephone line or a new law for the Attorney General’s Office, “in three years they have not been able to regulate [regarding] a plant”.

This contempt on the part of the Senate may have sanctions, explained Congresswoman Martha Tagle, but the SCJN must determine how to sanction the Congress for not complying, “that is why they are considering at the last minute to take out whatever it is or ask for an extension”, and that will only be known until April 30 arrives. It is important to highlight that the Amparo Law, in its article 192, establishes that the SCJN can grant another extension due to the complexity or difficulty of an issue, an argument that Ricardo Monreal cited when he let see the possibility of asking for another term to regulate the recreational use of cannabis.

“We and we are hopeful [that the extension is not requested] until the last day, [we hope] that it can be approved as is and enter into force soon. Until that extension is not set, our demand will be: no more extension, no more time should be requested,” concluded Mariana Sevilla.

(Featured image by Ramdlon via Pixabay)

First published in DABO B, a third-party contributor translated and adapted the article from the original. In case of discrepancy, the original will prevail.