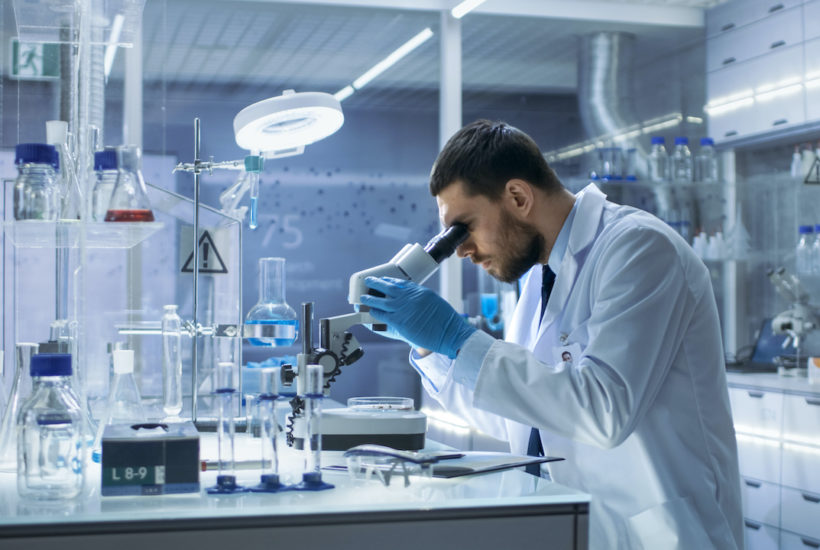 Psychedelics have long flown under the medical radar because of the stigma attached to their use. The laws put in place to restrict and regulate the consumption of drugs like LSD or psilocybin have also slowed the progress of science in investigating their effects on the human body. Nevertheless, innovators like BetterLife Pharma are determined to unlock their potential, by investigating new uses and production methods for the non-hallucinogenic variation, 2-bromo-LSD. Their innovative approach and determination are also paying off in other fights, even against Covid-19.

Substances such as LSD and psilocybin mushrooms that gained notoriety in the 1960s remain under the radar for many people while prohibited or tightly controlled by most governments.

But in the lab, psychedelics have gone mainstream, enjoying a renaissance over the last few decades as researchers explore in their molecules the possibility of answers to a variety of medical questions.

The question researchers with Vancouver, B.C.-based BetterLife Pharma (CNX: BETR) are looking to answer is: can LSD offer relief for people struggling with depression or anxiety — and can it do so without the hallucinations?

Ahmad Doroudian, BetterLife’s CEO, is confident it can with a small, but crucial alteration. BetterLife has developed its own patient-friendly — i.e., no hallucinations — version of LSD known as 2-bromo-LSD (company code: BETR-001) and is aiming to prove its efficacy in the treatment of major depressive disorders.

“If we can get away from the hallucination part of LSD, it would greatly help to open the floodgates to treat a lot more patients than if you need to go to a clinic because you need to be monitored,” says Doroudian, who has more than two decades of specialty pharma experience, as well as a Ph.D. in pharmacokinetics.

“2-bromo-LSD is a compound that has shown some efficacy, a compound that doesn’t have side effects, a large addressable, expanding market, pharmaco-economically feasible and patient-friendly.”

It’s the addition of one bromine atom to LSD that eliminates the hallucinogenic properties of the parent molecule, which retains most of its other neuro-receptor binding properties, meaning the therapeutic potential of LSD remains.

While that combination is nothing new — it was developed by Albert Hoffman, the Swiss chemist who discovered LSD in the 1930s — BetterLife’s approach is different from that of other companies that have worked on 2-bromo-LSD. BetterLife’s researchers have developed a method to create it from scratch, rather than adding bromine to LSD.

This means the company’s proprietary version doesn’t deal with any government-regulated substances, Doroudian says, adding, “Our process doesn’t touch anything scheduled or controlled, so we don’t need any laws to be changed.”

Without regulatory obstacles, he says, the key remaining hurdle is the current approach in some places to use LSD in assisted therapy — where a patient goes to a clinic for professional administration of the drug and subsequent supervision.

“We think that’s going to be limiting in many ways — not just the cost but fear of hallucination and things like that.”

BetterLife Pharma 2-bromo-LSD has been shown to be safe

BetterLife’s approach addresses this limitation and follows up on others’ research that shows 2-bromo-LSD is safe. For instance, in 2010, Harvard researchers working in Germany found the drug to be effective in treating cluster headaches.

Science is the key for Doroudian, who says, “We have a lot of history behind it but not necessarily developed. 2-bromo-LSD is a compound that has shown some efficacy, a compound that doesn’t have side effects, a large addressable, expanding market, pharmaco-economically feasible, and patient-friendly.

“There’s a lot of evidence that this drug is very safe. We are putting a substantial amount of work into looking at all kinds of different parts of safety — toxicology studies and things like that.”

He adds, “Obviously, science trumps everything, so we had to go back and generate the science, which we have done, to bulletproof and put a package before the U.S. Food and Drug Administration and other regulatory agencies.”

Indeed, BetterLife is at the pre-clinical stage of development and is projecting to have its investigational new drug filing done within six months, followed by a phase 1 clinical trial.

And 2-bromo-LSD isn’t the only drug in BetterLife’s development pipeline.

The company is also working on a version of the potent antiviral agent interferon as a treatment for people infected with COVID-19. In fact, its subsidiary Altum Pharmaceuticals Inc. recently completed the phase 1 portion of a trial in COVID-19 patients treated with BetterLife’s proprietary inhaled interferon alpha-2b product (company code: AP-003).

“We think interferon is one of these agents that’s agnostic to what the virus does because it doesn’t hit the virus directly,” Doroudian says. “It gets your immune system to produce specific proteins that stop the virus from replicating.”

The second phase is expected to be completed in two to three months and the CEO says BetterLife aims to get its results before the FDA early in 2022.

Doroudian says he believes both he and the company are well-positioned to get both drugs to market, and he should know. He was the founder and previously the CEO of Merus Labs International, and the CEO of PanGeo, a generic drug manufacturer. As well, BetterLife CFO Moira Ong held the same position at Merus, while COO Hooshmand Sheshbaradaran has more than 30 years of experience as a senior executive in drug development, marketing, and business development.

What Doroudian’s experience tells him is that the time is right, noting 2-bromo-LSD “checked a few boxes” for BetterLife.

That has him bullish about his business, saying he believes BetterLife is undervalued based on the work it has done in either the depression or COVID spaces, and that there is an enormous unmet need, especially around mental health and wellness.

For Doroudian, however, BetterLife’s potential for success comes down to science.

“Nothing is better than when science supports you. So, if you develop that science in a realistic, practical way, business will support you,” he says.

“That’s what really gets me excited. It gives me the energy to talk about it. I get more animated as data comes out. I don’t want to be like Tom Cruise jumping up on a sofa but I am getting there.”