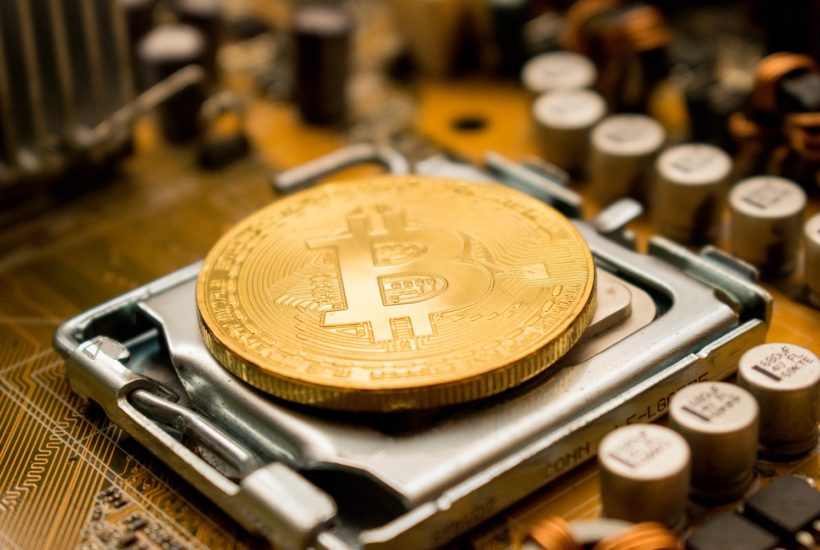 Bitcoin’s production difficulty rate is approaching a historic high, rising 8.45% in one day, April 21st, to 15.96 conventional trillion (T). This change became noticeable when a block of cryptocurrency No. 626976 was found in the Blockchain. The jump in this indicator means a sharp increase in the competition of the miners for mining blocks and receiving Bitcoin as a reward, while the record value of mining complexity is 17.31 conventional trillion (T). This level is expected to be reached by May 5th this year.

Find out how the halving of Bitcoin SV and Bitcoin Cash has led to an increase in the Bitcoin production complexity and discover the most interesting business headlines in the crypto sector with the Born2Invest mobile app.

Why is there an increase in the Bitcoin production complexity

The increase in the Bitcoin production complexity means both the use of more advanced mining equipment and the transition to Bitcoin mining of some of the miners that previously produced Bitcoin SV and Bitcoin Cash. The recent halvings of these altcoins have resulted in a decline in the profitability of their mining, as well as the desire to switch to Bitcoin mining, which will also be halved in the block, and this will happen in about 24 days.

After that, it is possible that some of the Bitcoin SV and Bitcoin Cash miners will return to production and the Bitcoin hash rate will decrease. However, that will only be temporary, as the expected decrease in Bitcoin production difficulties in the mining industry will be followed by new players. In addition to those who will be able to maintain their profitability and continue to produce the oldest cryptocurrency.

The sharp increase in the Bitcoin complexity observed on April 21st was a record since September 2019, which is already quite rare. Miners are now more focused on the fact that Bitcoin’s production may rise significantly after halving.

Meanwhile, often commenting on the situation in the cryptosphere, trader Peter Brandt believes that the main obstacle to the increase in the price of Bitcoin is that it is not a sufficiently common investment asset in the world.

The recently published report “The State of the Cryptographic Market in 2020”, prepared by Genesis Mining, contains the results of a sociological survey among investors in Bitcoin. Based on the report it is clear that almost 50% of respondents believe that the price of Bitcoin will go up in the next three months, while the remaining 50% hold the opposite view.

A halving is also expected for Bitcoin

Analytical group Coinmetrics in its review of the crypto voltaic market drew attention to the fact that on April 8th and 9th, there will be halvings in blocks of crypto voltaic Bitcoin Cash and Bitcoin SV, respectively. All this happened a month before the same event is expected with Bitcoin in the first half of May, tentatively on May 14th. Halving is an automatic event in the life of crypto voltaic people, which happens regularly and leads to another reduction of the award for each new block that “catches” a particular miner.

Halving is a big test for all miners to see how effectively they manage costs. It is a question, first of all, of depth of practical knowledge in the field of financial management, both in the field of cost management and building a scenario analysis of business development in a situation of uncertainty of a number of factors, and creation of a hedge strategy.

SEE ALSO  Is it Profitable to Bet on Sustainable Investments?

The recent decline in Bitcoin production difficulties (16% on March 25th, a record-breaking decline since 2011) due to some players leaving the mining industry, opened up comfortable conditions for the remaining miners, as well as for new participants.