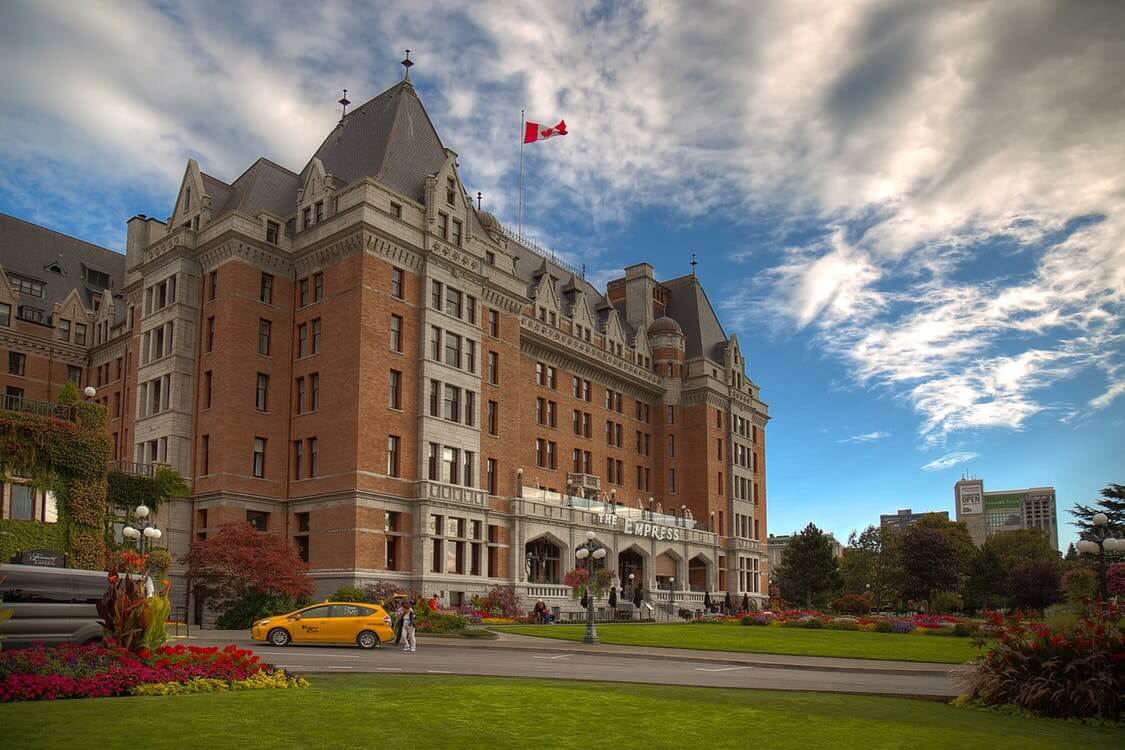 I’ve been seeing a lot in the news lately about Canadian and Australian real estate prices.

Most of what we’re hearing is that there’s little to worry about with our neighbor’s real estate prices shooting to the moon.

There is something to worry about. Something BIG.

But property prices in Canada and Australia hardly paused, and then they continued their march higher.

Canadian home prices are now 84% higher than in the U.S.

And the Aussies’ are even higher. Home prices in Australia are now 107% higher than those in the U.S.

It’s terrifying. Stephen King should turn it into one of his horror stories. It’d be a best-seller.

Look at this chart: 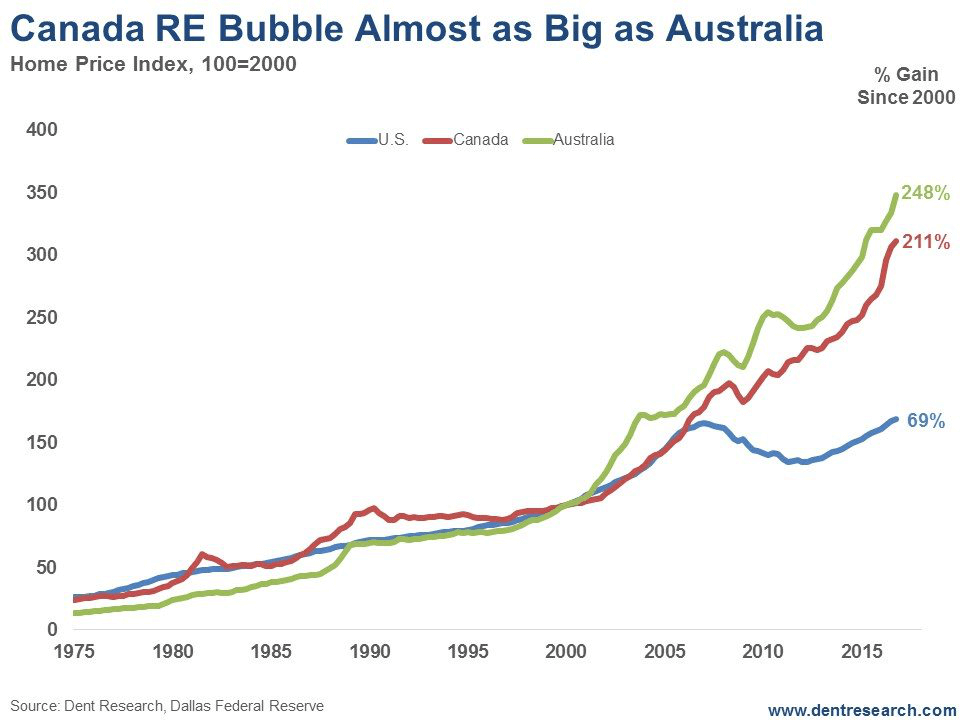 You can see how the trends in prices correlated closely for three decades, since 1975. But from early 2006 forward, the U.S. diverged, trending downward while all other English-speaking countries – including New Zealand, Great Britain, Singapore, and Hong Kong – seemed to dust themselves off and continue on.

Turns out, that was a blessing in disguise for U.S. property owners. It means that in the next larger and more global real estate crash, we’ll suffer less than our counterparts.

Both Canada and Australia’s real estate prices went exponential again after 2012. And to me, that suggests we’re in the final “orgasm” phase of these bubbles.

During my last speaking tour of Australia in late May, mainstream economists were finally admitting their country had a bubble. Now I’m seeing more and more articles about a bubble in Canada, with surging consumer debt.

It’s fuel on the bonfires.

What my bubble model warns

My real estate bubble model calls for a fall 85% of the way back to that bubble origin, on average. That would imply a downside risk of 61% in Australia, 50% in Canada, and 35% in the U.S.

However, because of Australia’s stronger demographic trends, I don’t think its real estate market will suffer such an extreme loss. I suspect it’ll lose closer to 50%, but that’s still a kick to the gonads.

The worst-case scenario would see Australian real estate shed as much as 71%, while Canadian property lost 68%, and U.S. prices declined 41%.

All bubbles ultimately succumb to their own extremes. U.S. real estate burst earlier because of our subprime crisis, a problem not experienced in Canada and Australia. But, as home prices head into the stratosphere, fewer people can afford them, and eventually, it all comes crashing down.

The median price-to-income ratios are highest in Australia, at 7.0. In Canada, they’re 4.7. In the U.S., they’re 3.9 (which is modest, but still high). This means Australians must fork over seven times their income to buy a house.

So, the rubber hits the road when it comes to consumer debt burdens, which are heavily weighted with mortgages.

That’s what will put a limit on this bubble, and it’ll happen sooner rather than later. Just look at debt ratios in these three countries. 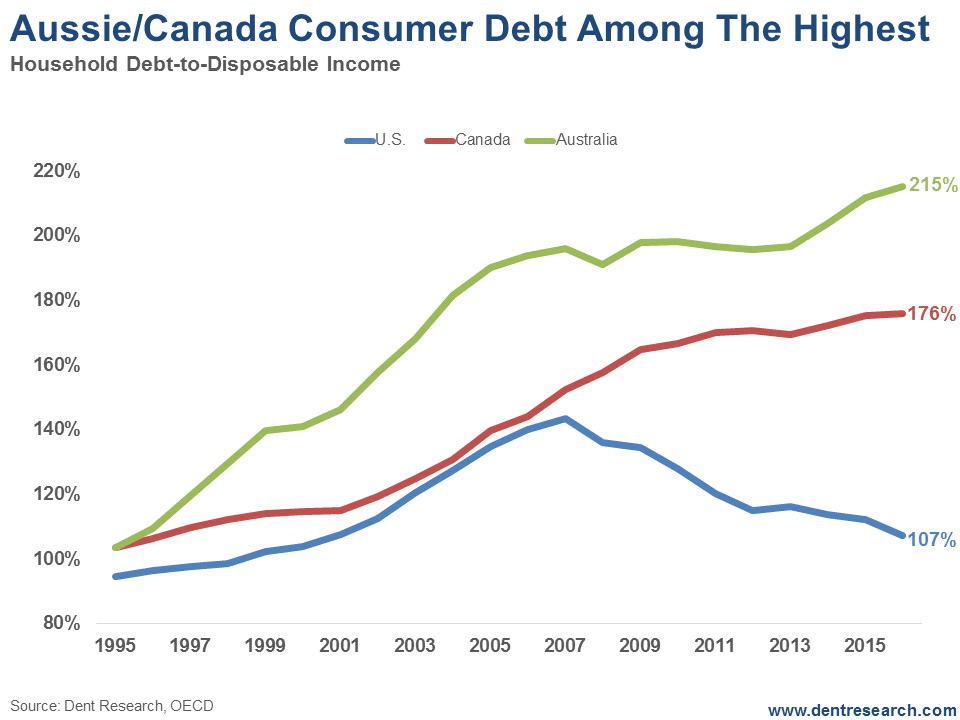 It’s time for a debt deleveraging.

And that goes for businesses and their commercial real estate even more because it almost always gets hit harder than residential property.

It may well be that the Canada bubble bursting triggers ours this time around. But Australia is the wild card due to the intensive foreign Chinese buying there.

Don’t believe these bubbles won’t burst. Instead, be prepared.

For the last few weeks, we’ve highlighted the prevalence of fake financial news. I include in this the stories we’re hearing about Canadian and Australian real estate.