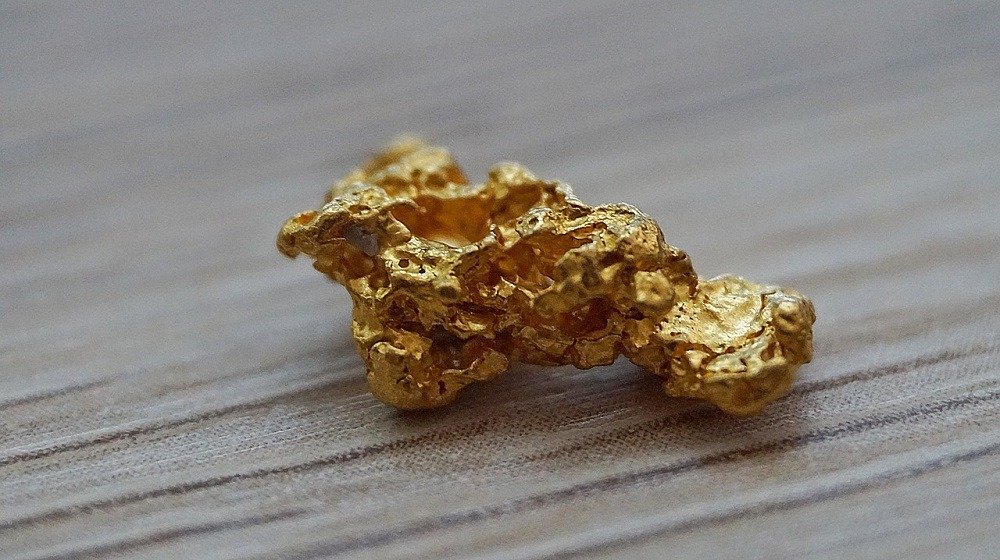 Goldcorp/Value creation in mining has shifted from how well a company moves material, to how well it acts on information to increase efficiency and production.

This shift is highly influenced by the vast amount of data mining companies are able to collect from sensors, equipment monitors and other digital and connected devices. The key to unlocking this value lies in harnessing the capabilities of cognitive computing systems to turn big data into useful insights for future events.

Cognitive computing also referred to as Artificial Intelligence, is now considered an essential tool in helping companies make better business decisions on how to improve processes and outcomes. This is one of the main reasons Goldcorp recently started working with IBM Watson.

Unlike traditional computer systems, which are programmed by people to perform certain tasks, cognitive computing systems have the ability to learn through their interactions with both data and humans. Watson, for example, is able to distinguish between different types of information. It gathers relevant data from different sources, creates hypotheses and continuously checks to identify the most reliable and accurate results.

What country first used silver to coat glass to create a mirror?

Russia adds another big tranche of gold to its reserves/Lawrie Williams:

Russia continues to close the gap on China as being the world’s fifth largest holder of gold in its official reserves. In March figures from the Russian central bank have shown it added some 800,000 ounces – 24.9 tons – to its gold reserves bringing them to around a total of 1,679 tons – now only some 164 tons light of China’s officially reported figure. With China having not added to its gold reserves since October if this pattern continues Russia could surpass China’s official gold reserve figure by the end of the current year.

This is a clip from the CME groups metal report/Erik Norland – CME Group:

The collapse in gold prices after 2011 did eventually slow the increase in mining output, which may have helped to stabilize prices in 2016. That said, mining output is still growing. It rose 1.4% in 2016 versus 2015. More importantly, mining gold remains profitable. At current prices, consultancy GFMS estimates in its 2017 Gold Survey that at $1,280 per ounce, 97% of the world’s mines are cash-flow positive and 94% of the world’s mines are profitable on an all-in sustaining basis. Moreover, with gold at $1,280 per ounce, the world’s mines are earning operating margins of around 50% — much better than a few years ago when the price had fallen to around $1,050 per ounce.

The fact that gold mining remains profitable does not guarantee that mining output will continue to rise. But it does provide a strong incentive for further investment that may result in rising mining output. If gold mining supply continues to rise, it could be quite bearish for the price of gold given other factors; it could augment the downside for gold if the Fed accelerates the pace of tightening, and dampen the upside if the Fed reverses course and eases monetary policy.

As such, gold is the ultimate hedge for setbacks in the Trump agenda. If the administration fails to get its plans enacted, gold prices will likely move higher. If the Administration succeeds, gold prices could retest or break their December lows. Although Trump’s presidency appears to be off to a rocky start, don’t count him out: many past Administrations took months or years to accomplish their main objectives.

Q1 gold demand: down 18% from last year’s exceptional high Global gold demand in Q1 2017 was 1,034.5t. The 18% year­over­year decline suffers from the comparison with Q1 2016, which was the strongest ever the first quarter. Inflows into ETFs of 109.1t, although solid, were nonetheless a fraction of last year’s near ­record inflows. Slower central bank demand also contributed to the weakness. Bar and coin investment, however, was healthy at 289.8t (+9% yoy), while demand firmed slightly in both the jewelry and technology sectors.

Many may think the gold price reflects demand and supply of physical gold. It doesn’t. It primarily reflects marginal supply and demand, speculative activity and the assumptions of the main dealers as to where the market is going. The physical demand and supply of gold are mainly directly contracted between physical buyers and sellers, with the contract price, primarily the London PM price setting, but for a growing number of market professionals, the Shanghai gold Fix is being used by both parties to the contract. In other words, the trading in physical gold, in the case of around 95%+ of such buyers and sellers, does not influence the gold price.

In March exports from Switzerland, in figures reported by the Swiss Customs Administration, show that India, was easily the top recipient, taking 55.6 tons. Hong Kong imported 24.3 tons and the Chinese Mainland 24.0 tons directly. These latter figures confirm that of total Chinese imports around 40-50% flow directly into the Chinese Mainland through other ports of entry than Hong Kong.

Copper is crumbling after stockpiles surge/ZeroHedge:

After reaching one-month highs on Monday, copper futures prices have tumbled to near 3-week lows amid slowing China credit impulse-driven economic signals (PMIs weak) and a surge in LME stockpiles. Additionally, as Bloomberg reports, there are also more signs of slack spot demand: immediate delivery copper’s discount to the three-month contract on the LME has widened 28 percent this week. Bigger inventories and the loosening of the copper price curve are at odds with forecasts that the copper market will move into deficit this year, Leon Westgate, an analyst at Lev met U.K. Ltd., said by phone.

More pressure on the nickel market/BBC:

Lawmakers in the Philippines have removed the environmental secretary, who angered the mining industry by ordering the closure of more than half the country’s existing mines.

Regina Lopez said she was disappointed that “business interests” had “maneuvered the decision”. She had been in the position for 10 months but had not been confirmed. Congressional confirmations in the Philippines often happen months after ministers start work. The decision made by the country’s Commission on Appointments is final. Backed by President Rodrigo Duterte, Ms. Lopez had ordered 22 out of 41 mines to be closed, and banned open-pit mines.

The White House named Keith Noreika as the interim head of the Office of the Comptroller of the Currency, according to two people familiar with the decision, as the administration seeks to roll back sweeping financial regulations adopted under President Barack Obama. Bye-bye, Dodd-Frank, hello jobs!

SEE ALSO  Industrial metals and gold: How high can they go?

Let’s make it a dream team: Edmund C Moy was the 38th Director of the US Mint. He retired in 2011 and ran a fair and ethical Division his entire tenure. Ed, I know you read my letter, come on back. This country needs you and you must be getting bored by now. I haven’t talked to you in a while but please think about it.

It said that a “small number of coins” were affected when they were struck at a rapid rate during production. The Royal Mint is striking 1.5 billion new 12-sided £1 coins, introduced to help crack down on counterfeiting. Out of shape versions of the coin, considered collectors’ items, are appearing on Internet auction sites.

I feel that if the few blemished coins that are being auctioned off are indeed “rare” as people are paying up for them. I don’t see this as a problem but rather an industry standard to have some blemished coins.

If someone could produce a biodegradable food container that was also antibacterial, two problems could be solved at once – environmental responsibility and food safety. “Food packaging is mainly made from various plastics, which are being produced from non-renewable sources and are non-biodegradable. Also, it is not always possible to recycle them because leftover food [in the containers] amounts to almost 50 percent of packaging waste,” said Paulius Pavelas Danilovas, Ph.D. researcher at Kaunas (Lithuania) University of Technology (KTU) Department of Polymer Chemistry and Technology. Danilovas and his research team may have come up with a unique solution by producing food bags made of biodegradable cellulose – found in plants cells – which is imbedded with silver particles. The silver particles will keep food fresher longer, he said, adding that discarded packaging containing leftover food could be used as fertilizer.

A bacteria that re-concentrates gold grains into nuggets is being targeted by researchers for its potential to optimize gold extraction processes from ore, old tailings or recycled electronics. University of Adelaide researchers in South Australia have been investigating the role of microorganisms in gold transformation – a process known as the biogeochemistry cycle of gold – for more than a decade. Their latest research, published in the journal Chemical Geology, has shown for the first time, just how long this biogeochemical cycle takes and they hope to make it even faster in the future. “In the natural environment, primary gold makes its way into soils, sediments, and waterways through biogeochemical weathering and eventually ends up in the ocean. On the way, bacteria can dissolve and re-concentrate gold – this process removes most of the silver and forms gold nuggets,” said Dr. Frank Reith, Australian Research Council Future Fellow in the University of Adelaide’s School of Biological Sciences.

Silvered mirrors have long been a popular domestic application for the metal, with evidence suggesting that communities in China fashioned simple mirrors using silver mercury amalgams to coat metallic objects over fifteen centuries ago.