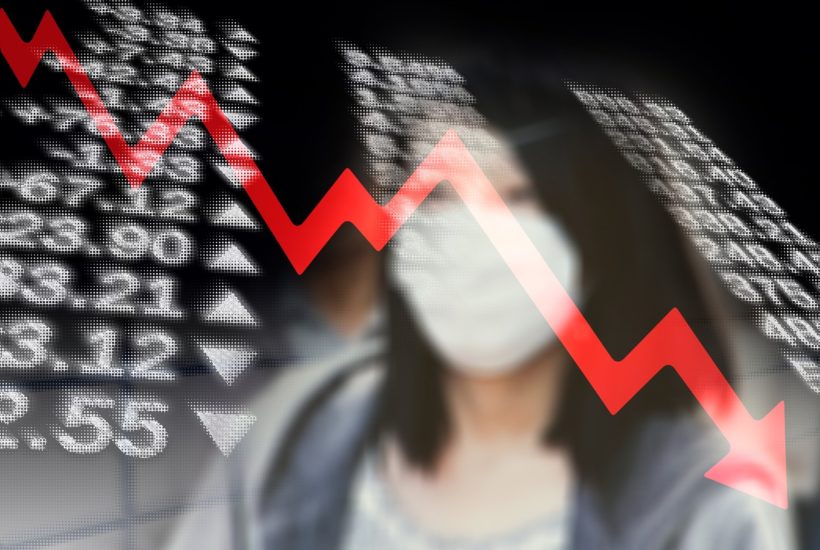 A report published by Confindustria Study Center showed that, at the end of the first half of this year, Italy’s gross domestic product (GDP) will have fallen by 10% compared to the last quarter of 2019. That represents a loss of around €42 billion in wealth compared to €430 billion in the fourth quarter of 2019.

Discover the latest economic news with the Born2Invest mobile app. Read the most important happenings in the financial world and how countries’ economies are affected by the coronavirus pandemic.

Economists wrote in the introduction of the report that “an unpredictable shock hit the Italian economy in February 2020, when the COVID-19 virus began to spread in the country. This is a joint shock of supply and demand: the progressive, temporary but prolonged blockade of many economic activities on the national territory, necessary to stem the epidemic, was associated with a collapse in demand for goods and services, both from inside and outside Italy. The economic prospects, in this phase of health emergency, are therefore seriously compromised. Moreover, it is not clear when they can be re-established, not even on the supply side”.

The economists continued: “Of the realism, or of the excessive optimism of these hypotheses, only the next few months will say. If the health situation does not evolve positively, in a direction compatible with this supply scenario, the economic forecasts presented should be revised downwards. In 2020, however, a sharp drop in GDP is now inevitable: we forecast it at -6.0%, under the assumption that the acute phase of the health emergency will end in May. This is a fall greater than that of 2009, and completely unexpected at the beginning of the year. Each additional week of regulatory blockage of production activities, according to current parameters, could cost an additional percentage of GDP of the order of at least 0.75%”.

Therefore, “today, it is urgent to avoid that the block of supply and the collapse of demand provoke a dramatic crisis of liquidity in the companies: in the face of the non-deferrable expenses (including those for salary, fiscal and contributory obligations) and the debt burden, the lack of revenue produced by the compression of turnover could jeopardize the very survival of entire production chains. We must prevent the liquidity crisis from becoming a solvency problem, even for companies that had solid balance sheets and prospects before the epidemic.”

Already in the last two years, companies in Italy had suffered a gradual erosion of the liquidity available on their balance sheets, compared to the peak at the end of 2017. This reflected the deterioration in economic growth during that period, accompanied by a gradual reduction in bank credit volumes since 2019. At the beginning of 2020, however, the level of available liquidity in businesses compared to operational needs remained moderate, well above the lows reached in 2013. The impact of the Covid-19 is, therefore, grafted onto an already tense, although not critical, situation on the liquidity front.

Under these conditions, even companies with generally solid balance sheets can have great difficulties in terms of cash flow in the immediate future. If the reduction in revenues exceeds the reduction in costs at the end of the year, the company will make a loss, which could be absorbed by capital and reserves, especially if the scenario improves in the medium term. However, if the problems that drain the cash flow persist for too many weeks (not years), many companies can fall rather quickly into illiquid situations, which risk causing their operations to freeze.

In this emergency phase, banks can play a crucial role if they are able to keep the supply of funding (even short-term) to businesses alive, to restore liquidity and save their current operations.  What must be absolutely avoided is the addition of the drying up of internal liquidity within companies with the reduction of loans from banks.

SEE ALSO  Will the Blockchain Technology transform our economy?

Unfortunately, this has already happened in 2008-2009 and 2012-2013. In both cases, this has been associated with Italy falling into recession. If strong action is not taken on the liquidity emergency, there is a risk that a liquidity problem will turn into a sustainability issue, very quickly, with a significant part of the current stock of credit, also related to solid companies, which turns into non-performing loans for banks, i.e. impaired loans.