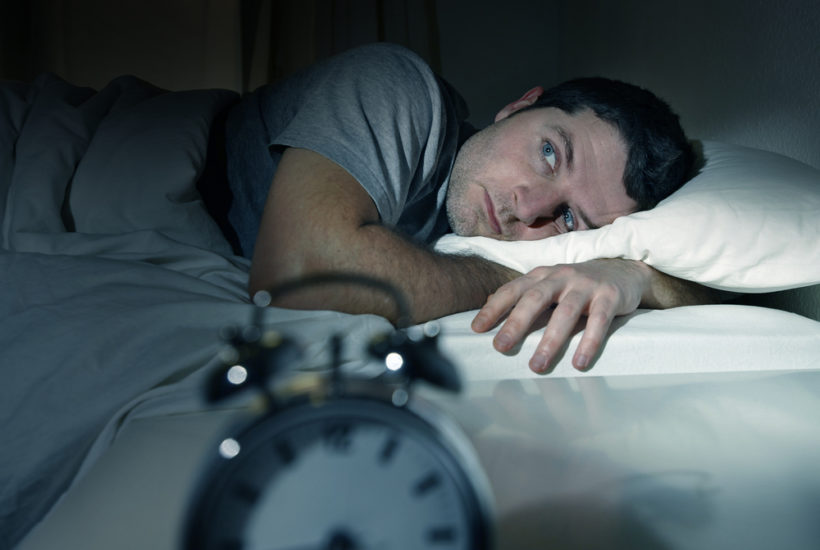 The Western world is in the midst of a sleep crisis. The U.S. Center for Disease Control recently found that 35 percent of adults fail to get a full seven hours of rest each night.

This sleep deficit can cause serious health problems as well. A lack of rest increases a person’s risk for heart attack, stroke, breathing conditions like Asthma and COPD, and even cancer.

That’s why an estimated 51 percent of Americans are willing to spend money on sleep tech. Companies like ASTI, SmartSleep, and more are expanding their in-house development capabilities and working with software development outsourcing to create innovative technologies that improve rest patterns

This article will take a look at the most important sleep tech in development today.

Common devices like televisions, smartphones, and computers prevent consumers from falling asleep and slumbering deeply throughout the night. This happens for several reasons.

First, all of these devices emit blue light—which boost attention and energy levels and interfere with melatonin production. Since melatonin is the hormone responsible for telling your body it’s time to rest, these blue wavelengths disrupt the circadian rhythm and prevent people from falling asleep.

Electronic devices can also interfere with sleep because they emit loud, unexpected noises. Television commercials are often louder than the program they interrupt and can wake people up once they have fallen asleep. In addition, notification sounds from mobile phones can disturb rest.

Finally, many of these electronics overstimulate the brain and cause the mind to work even when a person is physically and mentally tired. Action films, video games, and other television programs are stimulating and increase adrenaline levels.

The sleep tech of the future

Sleep companies and software development services are responding to this public health epidemic by creating new devices to mitigate the effects of blue light and loud noises.

These include light reduction systems, medical devices, sleep tracking devices, and improved bedding. Read on to learn more about the future of sleep technology.

The continuous positive airway pressure system, commonly known as CPAP, was developed in the 1980s. This device treats sleep apnea in patients with chronic fatigue and interrupted sleep patterns by providing a positive stream of air into a patient’s nasal passages. This helps keep the airway open and prevents disordered breathing.

While patients have long complained that the system is uncomfortable and unwieldy, the device has dramatically improved quality of life for sleep apnea patients. That’s why the medical industry is so focused on building improved CPAP systems.

The medical device company Airing is currently developing the first CPAP machine that does not require hoses, cords, or an uncomfortable breathing mask. In addition, the device is battery powered and can be easily transported.

Researchers are also investigating the link between adolescent snoring and adult sleep apnea. They believe that one day children who snore may undergo orthodontic treatment to “promote the growth of a larger upper airway.” This will prevent the disordered breathing pattern that defines sleep apnea in adulthood.

Major tech companies like Apple and Google have released night mode features on their smartphones, televisions, and computers. These settings reduce the amount of emitted blue light from screens, helping improve melatonin production and sleep quality.

In addition, several companies have developed amber-tinted glasses that consumers can wear at night. This allows them to continue to use their current devices without investing thousands of dollars into new tech with a night mode setting.

In fact, research has found that people who wear these glasses before bed produce as much melatonin as those who forgo any electronics before bed.

Other consumers are turning to specialty LED light bulbs to reduce blue light in their homes. These energy efficient light bulbs, like those developed by Lighting Science, emit little to no blue light, allowing people to illuminate their homes at night without interfering with a good night’s rest.

Wearable health devices are now mainstream. Fitbit launched the craze in 2010 with its release of the Fitbit Tracker, which helped users count the number of steps that they take every day and estimate their total calories used.

Fitbit and companies like Google and Apple have used this new health tracking trend to release a variety of devices. The total market for these electronics is expected to reach $27 billion by 2022.

In addition, many of these companies have added sleep tracking software onto their health devices. They help consumers quantify the amount of time spent sleep each night and the quality of rest.

This is accomplished largely through motion sensors installed on the watch. They determine whether a person has moved frequently (indicating poor sleep quality) and how long they spent lying in bed.

Companies are also introducing new features into their sleep monitors. These will eventually be able to accurately track stages of sleep and monitor bedroom temperatures, light patterns, and noise levels. These new devices will help improve rest and provide invaluable information to physicians.

Mattresses have undergone impressive improvements over the past two decades. Sleep Science has helped consumers improve their quality of sleep through adjustable beds, which allow users to select the elevation and firmness of their beds.

In addition, memory foam mattresses remember the shape of their user’s body and help people quickly get into their most comfortable position. Cooling mattresses like Casper, on the other hand, help people remain cool throughout the night—something that is proven to help improve the quality of rest.

Future smart mattresses will integrate sleep monitors into the mattress itself. This will eliminate the need for a separate wearable device and will allow users to integrate the findings into their mattress settings.

Finally, future mattresses will have built-in climate control systems. Users will be able to select their ideal temperature and will even be able to deliver cool air flows—helping hot sleepers remain cold without spending a fortune on air conditioning.

Much of the world is currently suffering from what the CDC calls a “public health epidemic.” Roughly one-third of American adults fail to get the necessary amount of sleep.

This not only puts people at risk for serious medical conditions like cancer, COPD, diabetes, and more. Lack of sleep also causes more than $411 billion in lost productivity every year.

Consumers can expect this new technology to hit stores within the next five years. Learning how to track their own sleep patterns will help normal people improve their health and gain more rest every night.