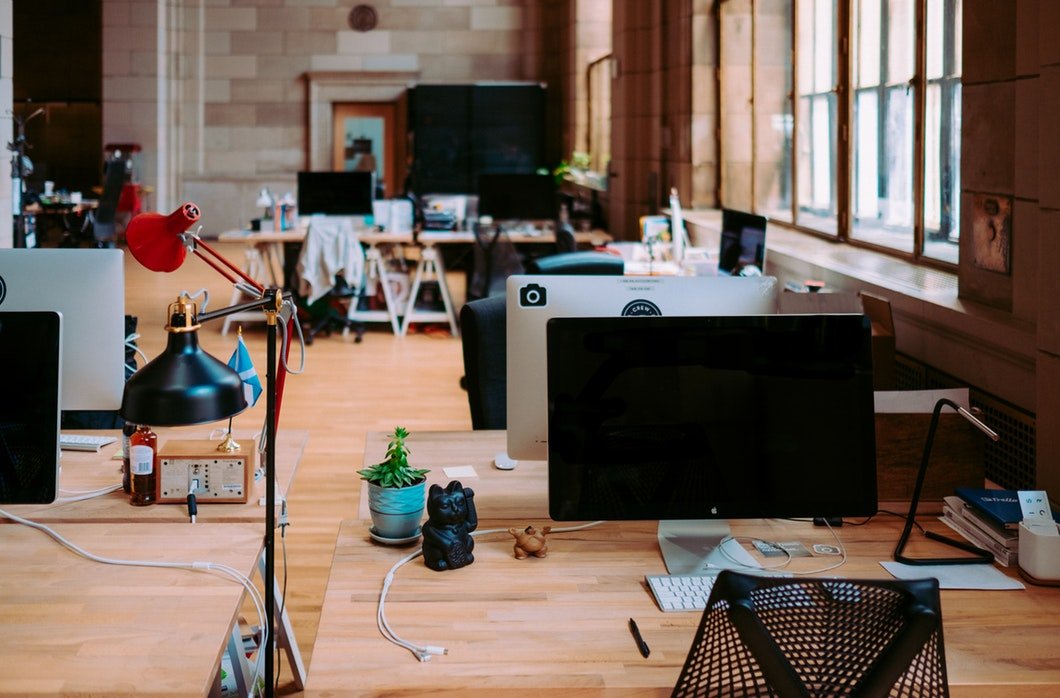 Coworking or shared workspaces may be a trend embraced by entrepreneurs, small companies, start-ups, independent workers, and freelancers, but it can also cure the loneliness of remote workers. Yes, telecommuting may be convenient and provide extra time to remote workers as well as the chance to help balance work and life, but it can also cause loneliness and isolation.

According to a study published in the Journal of Applied Psychology, remote workers may also benefit from coworking spaces, in that these spaces provide local, convenient and in-person social interaction that is missing when one is isolated and working from home.

Thus, many companies are adding coworking spaces as an option for remote workers. One of them is a company called Trusound Audio, a Bluetooth speaker manufacturer that uses an on-demand coworking service, called Croissant to rent space for their remote teams. Often, the policy is, “you can come in, but you don’t have to,” and many workers welcome this option as a way to network, socialize during and after work hours and expand their connections, as well as to learn from people working in the same space.

Co-sharing office spaces not only relieve employees’ loneliness but also help them to thrive, according to the Harvard Business Review. “Because there is little direct competition or internal politics, they don’t feel they have to put on a work persona to fit in.” People feel that they can be more themselves with a mixed group from different companies and diverse industries.

Coworking, according to a 2015 research from Small Biz Labs, not only combats loneliness but also makes people happier as stated by 89 percent of the study’s respondents. Meanwhile, 83 percent said that they became less lonely, and 78 percent mentioned that it helps them maintain their sanity.

In fact, many coworking spaces have a lively social component to their spaces for just this reason. They have coffee bars and comfortable spaces to sit and talk, as well as scheduled events and meetups where members can socialize, network, gain new leads, and inspiration. It’s not surprising then that the same study backs up the social benefits of coworking spaces as 87 percent stated they approach other members to socialize, and 54 percent of them said that they mingle with others after work and even on weekends. According to 79 percent, coworking also helped them in meeting new people for their social networks.

The study results also show that professional ties are strongly enhanced by membership in a coworking space, with 82 percent saying that it helped them in establishing more professional connections. On the other hand, 80 percent approach their fellow members when they need some assistance with their work, and 64 percent use coworking as a pool for professional referrals.

Each coworking space has its own carefully curated atmosphere, which definitely beats out renting a nondescript office or working out of a noisy café. For example, one coworking space in New York City has furniture and the atmosphere of being in the country, complete with wood tables and hammocks. Another, geared toward creative types, has weekly figure-drawing art classes. This may be why companies are starting to add a coworking option to their remote work strategy because it helps to increase morale and productivity, as well as decrease the isolation.

Loneliness is not just a social problem but also a contributor to a health problem. According to Vivek Murthy, a former surgeon general, increasing numbers of remote and independent “gig economy” workers is one of the key reasons for the growing “loneliness epidemic.”

He also notes that “loneliness and weak social connections are associated with a reduction in lifespan similar to that caused by smoking 15 cigarettes a day and even greater than that associated with obesity.” Therefore, reducing the loneliness of your staff by offering a coworking option could be considered part of a company’s health and wellness strategy for remote workers. 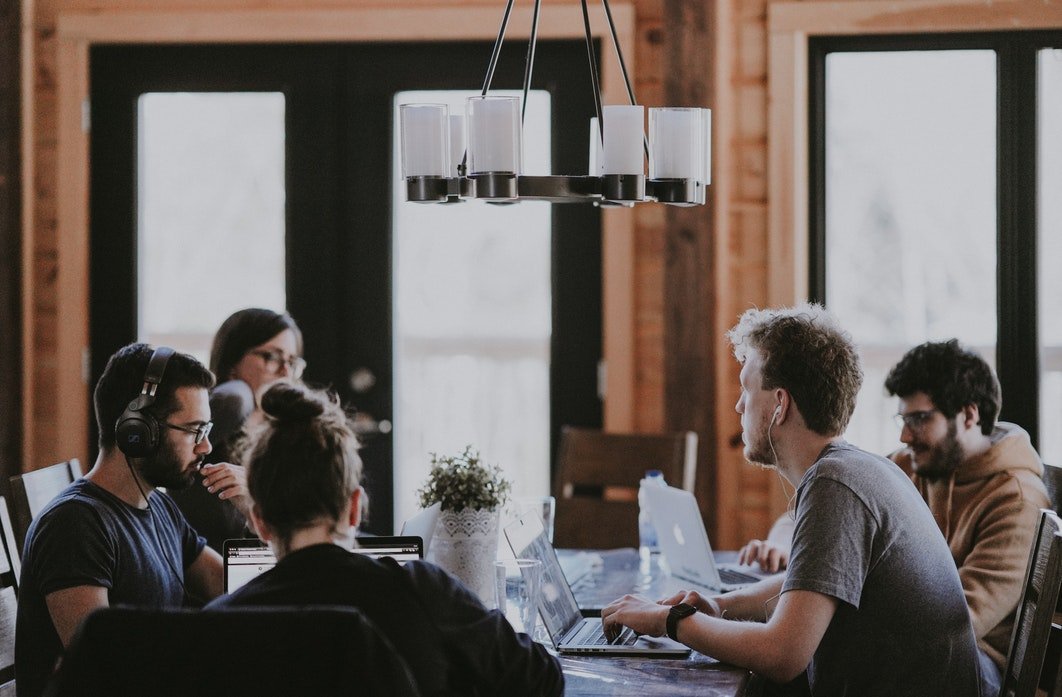 The reason why most people prefer engaging in coworking spaces is that of human contact. (Source)

Another study, Coworking Spaces: A Source of Social Support for Independent Professionals, reports that the main reason most members work in coworking spaces is for socialization. As a society, a growing number of people are facing isolation and the loneliness associated with the remote work, and people are working alone longer.

Another study from MBO Partners confirms the data mentioned from the UpWorks study earlier: that the number of independent workers (freelancers, developers, consultants, etc.) is also only increasing with most doing work nomadically. Even The New York Times journalists such as Kenneth R. Rosen offer productivity tips for working remotely, which he does sometimes.

Coworking is the new water cooler

For companies, that are paying and allowing for some employees or freelance contractors to work out of coworking spaces offers many benefits. In addition to reducing remote work loneliness and having strong networking opportunities, coworking spaces provide terrific technology and business infrastructure and exposure to other innovative startups, products and services. Businesses will also benefit from having happier, more engaged and more productive workers.

Now if you are a freelancer or a self-employed independent worker, you should also consider coworking. Independent workers often benefit even more than company employees from its social aspects and find that the professional opportunities help generate more business.

While independent workers have to pay for memberships themselves, most consider the cost well worth it. In the Small Biz Labs study, 94 percent reported the price they paid was fair (77 percent) or a bargain (17 percent). There are a few choices with using these spaces. You can purchase for a membership in one particular coworking company, which monthly fees can range from $300 to over $1,000 depending on the space and location.

A growing trend is gig economy workers opting for flexible membership coworking apps such as Croissant, Desktime or Breather that partner with hundreds of shared workspace operators. These apps allow members to work from any of their workspaces.

Another key trend is that most paying coworking members are planning to remain as members two years from now, with only (four percent) reporting that they will likely not be members over that time frame.

The Small Biz Labs study also found very high satisfaction rates with regards to working from shared workspaces: 90 percent of respondents reported being either highly (79 percent) or satisfied (11 percent) with their coworking space; only five percent reported being dissatisfied.

The coworking industry has been growing at a rapid pace for the past five years. Small Biz Labs forecasted in 2016 that it will continue to grow in the future, with the global number of coworking space members increasing from roughly 1.6 million in 2017 and 2.3 million in 2018 to 3.1 million in 2019 and 3.8 million in 2020.

According to Reuters, the coworking space WeWork is “the largest leaser of office space in Manhattan [for] the last three years.” And this is expanding to include enterprise clients looking for a presence in multiple cities without opening offices there.

But in the end, the entire point of a coworking space is to give different people the ability to work alone when they want amongst other like-minded individuals, thus increasing productivity and decreasing loneliness. The early coworking trend trailblazers recognized this and focused on building supportive communities that included social activities. One of the early pioneers, Indy Hall founder Alex Hillman, went so far as to say “coworking is not a workspace industry; it’s a happiness industry.”

Humans are social creatures at heart, and therefore, the heart becomes more healthy with the happiness gained from working alone together. Reducing isolation at work, wherever that may be, is always good for business.

Andrew Broadbent is a co-founder of a New York-based digital agency called Vab Media. He has been interviewed and quoted in the Wall Street Journal, ABC News, LA Times and Bloomberg BusinessWeek. He is a contributor to Entrepreneur.com, The Next Web, Tech.CO, Econsultancy, Startup Grind, and Google for Education. He was also a featured panelist and speaker at the Millennial 2020 event. He writes about business, entrepreneurship, data, digital marketing tips for startups and related topics.