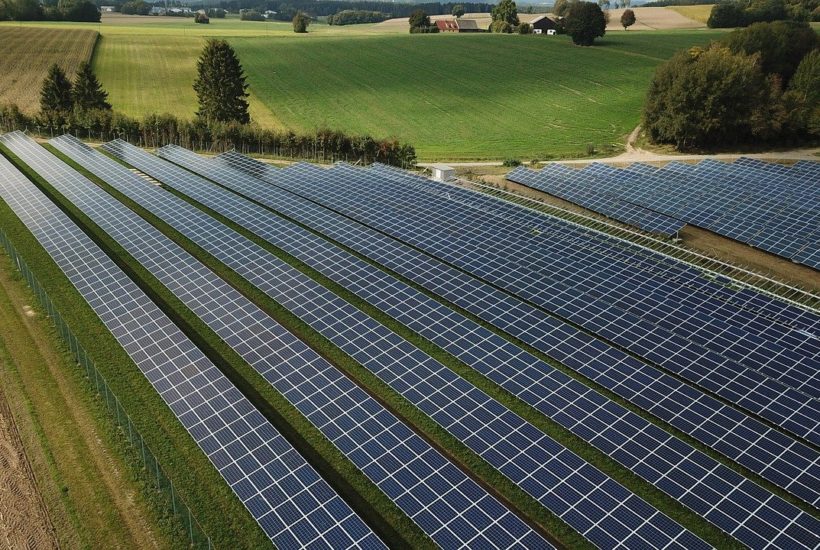 The municipal council was presented with the draft of a project-related development plan for the expansion of open-space photovoltaics on municipal territory. The draft bears the significant name “Citizens’ Solar Park Speichersdorf.” According to the application of the company Bürgersolarpark mbH & Co.KG, which is in the process of being founded, the solar park is to be built on areas along the railroad line Speichersdorf-Weiden and near Teufelhammer.

“The Speichersdorf model with municipality, local organizations, banks and citizens as a corporate construct is new. If we already have the opportunity to involve our citizens in such projects, then we should do so. In this way, we can keep the added value in the region as far as possible and involve all interested institutions and citizens,” explained Mayor Christian Porsch.

On three contiguous individual areas south of Roslas and southwest of the hamlet of Teufelhammer, two open-space photovoltaic plants with a total output of 19.5 megawatts/peak are to be designated on a total area of 17.5 hectares, projected by the company Primus from Regensburg and built by Bürgersolarpark GmbH & Co.KG. A total electricity yield of 20,767,500 kilowatt-hours per year is forecast. This corresponds to the energy consumption of over 5000 households.

Read more on the subject and find the latest finance news in the world with our companion app Born2Invest.

Financing for the solar park through crowdfunding

“If we already have the opportunity to involve our citizens in such projects, then we should do it,” said mayor Christian Porsch.

A possible subscription phase should be opened regionally staggered. If the volume is not exhausted, the circle of investors will then be larger. The business tax and proceeds would remain in the municipality under this model.

A representative of the company Primus explained that this company had already realized projects in the municipality. The area located at the railroad line covers about 8 hectares and the one near Teufelhammer about 10 hectares. According to the amended Renewable Energy Sources Act (EEG), the latter is located in the 200-meter strip along the railroad line, which is preferred under building law. The second area is an agriculturally disadvantaged area that is eligible under the EEG. Two old wind turbines are also located on it. Power is fed in by means of a common cable route at the Speichersdorf plant.

Porsch added that a development decision had already been made in 2010 for the area near Teufelhammer. The implementation failed due to the contract to be concluded with the operator of the wind turbines. The procedure has been dormant until now. Bernhard Stahl (CSU) saw a need for clarification regarding the load-bearing capacity of the access roads for construction vehicles. In the opinion of the community leader, these should approach the future construction site on the railroad via Plössen. The path condition is documented before and after the building measure and the preservation is ensured thereby.

Rudi Kirchberger (UBV) suggested checking the cheaper use of the generated electricity by Speichersdorf citizens. That is considered after the statement of the mayor. Local speaker Heiko Adelhardt wished because of the large surface consumption to put a special attention to the ecological organization of the area built with Photovoltaikmodulen. In this way, the impact on nature could be kept as low as possible. The Primus representative pointed out that this wish should be included in the evaluation under nature conservation law.

In addition, up to 20 percent compensation areas must be provided for the area taken up. The municipal council unanimously passed the resolution to initiate the development procedure for the project-related development plan.

First published in Onetz, a third-party contributor translated and adapted the article from the original. In case of discrepancy, the original will prevail.