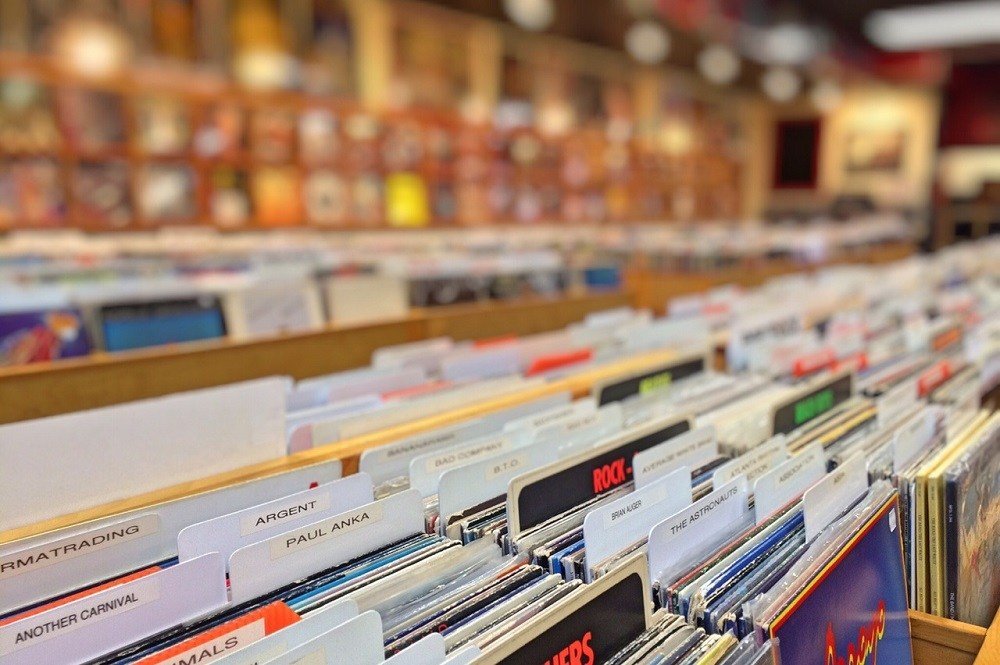 The NFL is looking to once again sell the rights to live stream Thursday Night Football next season. According to sources close to the league, Facebook, Twitter, Amazon, and Youtube have all submitted proposals to the NFL in hopes of getting the rights to the broadcast. Last year, Twitter and the NFL had a deal worth $10 million for the right to stream 10 games throughout the season. A similar deal could be seen this year, with the tech giants receiving a massive discount as compared to the del between the NFL and CBS/NBC. The league is likely to make a decision by the end of next month.

In a newly formed partnership with entrepreneur Jake Round, Sony Music has launched the California-based label Weekday Records. Round is the founder of Pure Noise Records, a punk rock record label which he launched in 2009. Round mentioned that Weekday will be signing and developing artists in the same way that he has done at Pure Noise over the last eight years, but Weekday will cover a wider variety of genres. The label’s first signing was Alabama alternative pop band Jule Vera, who were previously signed to Pure Noise. The band’s debut album is set to release later this year.

On Wednesday night, Team USA won their first ever World Baseball Classic Championship, beating Puerto Rico 8-0. The game was played at Dodger Stadium in front of a crowd of nearly 52,000 people. The game capped off an incredibly successful tournament, one that had already broken attendance records before the final round even began. When addressing the tournament and related issues, MLB Commissioner Rob Manfred showed great support of the event and stated that the league will continue working to make the tournament a success for many years to come.

Over the last few weeks, Facebook has begun recruiting for three new music-focused positions at their headquarters. One of the open positions is the role of Label Music Business Development lead, a position responsible for leading Facebook’s negotiations with music labels around the world. These hirings come after Facebook had already added former YouTube and Google Play music partnership director Tamara Hrivnak, and could signal that the company is ready to begin challenging the streaming industry. Founder Mark Zuckerberg has previously stated the company’s intent to enter into the music industry but has remained steadfast in saying that the main strategy will be to focus primarily on video content, for which he believes there remains an incredibly large and unfulfilled market.

SEE ALSO  Working the same hours as everyone: How do you become more productive?

On Thursday, the NCAA issued a direct warning to the state of North Carolina and its officials to repeal House Bill 2. The statement came as lawmakers and the governor remain at an impasse, and legislative leaders contemplate changing the law. The NCAA warned the state that if the bill is not repealed, the state will lose all championship events through 2022. The organization’s various committees will begin making site selections next week, and once the decisions are made they are final. The NCAA expects to announce the selected sites on April 18.

Despite recent reports stating that the event may soon migrate to a new location, WME-IMG has stated their intention to keep the Miami Open in Key Biscayne. Issues have arisen in recent years due to a lack of improvements to the venue, but WME-IMG, the conglomerate that owns the event, has remained adamant that the event will not be moving and that the event will be held in Miami “for many years to come.” The event, which annually draws crowds of more than 300,000 people over a ten day period, began last week.

This week, NFL Commissioner Roger Goodell wrote a letter to fans of the league, stating that the league was going to work on reducing commercial breaks during broadcasts. Goodell said that the league usually has a pattern of five breaks in the first quarter, six in the second quarter, and five more in both the third and fourth quarter. Now, games are going to have four commercial breaks in every quarter. The commissioner also mentioned that the league plans to eliminate “doubling-up” on commercial breaks by having one both before and after kickoffs. These changes come after the NFL conducted research that showed that fans did not notice when advertising breaks were longer, but they did notice when the breaks were more frequent.

Over the last few weeks, there have been many conversations regarding the resting of players in the NBA. Much of the controversy began after the game between the Warriors and Spurs on March 11, a game in which the Warriors rested their top four players and the Spurs rested their top two. Fans were visibly irritated by the move, and it sparked a league-wide conversation about whether resting star players should be banned. As a result, Commissioner Adam Silver sent a memo to each team in the league, stating the severity of the issue and informing teams that the issue will be a major topic of discussion at the NBA Board’s next meeting on April 6. While we may not see the resting of players that are not injured completely banned, it would not be surprising to see a penalty put in place for teams that are resting players too frequently.

SEE ALSO  Unilever to Facebook and Google on digital ads: ‘Shape up or else’

In an effort to increase their coverage of the music business, Variety has hired two new staff members, Shirley Halperin and Jem Aswad. Both joining the company after leaving their positions at Billboard, the two have worked together for the past three years. Halperin will be appointed to the position of executive editor, while Aswad will work directly beneath her in the position of senior music editor. Currently, the entirety of Variety’s music coverage is located in the “Other” portion of their website. The move shows that the company is dedicated to expanding their music coverage and that they recognize the size of the music industry’s social impact. The two will officially begin their new roles on April 17.

Universal Music Group has signed a partnership with British virtual reality startup MelodyVR, who will be assisting with the production and distribution of “virtual reality music experiences.” The experiences will feature a variety of artists from Universal Music Group’s lengthy roster. This partnership continues Universal’s investment in virtual reality, having already launched their own VR app back in October. MelodyVR says the experiences will include live performances, immersive music videos, and behind-the-scenes content. The entirety of the content will be available through MelodyVR’s platform, which launches on mobile and virtual reality devices later this year.