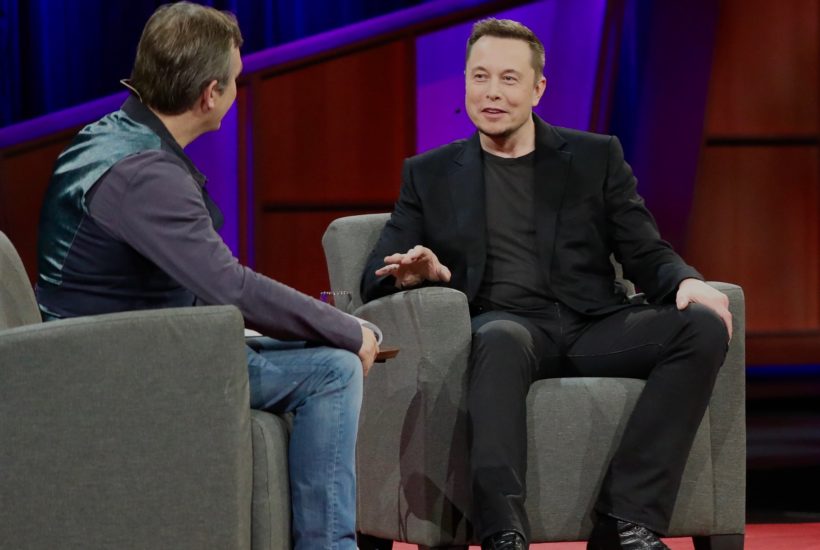 Besides SpaceX rockets and Tesla electric vehicles (EVs), Elon Musk has made a pretty good name for himself as a bit of a troll. (see: what is a troll?) But, for reasons that can probably only be explained in terms of America’s celebrity obsession, people seem to hang on every utterance that drips from his mouth. When Musk starts hyping up DogeCoin as a practical joke, his legions of fans lap it up, too. Perhaps they hope that they will also, one day, be able to afford a flight on one of his SpaceX Starships on a mission towards the eternal sunshine of the spotless mind.

The curious side to all of this is that ol’ Elon is pretty open about the smack he talks. Maybe it’s all just concocted as one big liability shield against future class-action lawsuits as Tesla’s (NASDAQ: TSLA) share price collapses (‘oh, you know I was just talking smack about our delivery forecasts, right…?’). Or maybe he really does just want to be as open and honest as possible. Whatever the reason, he doesn’t make an effort to hide the fact that he talks a lot of sh…

Yet, despite this track record, his fanboys still demonstrate either a slavish devotion or a sodium insensitivity, forever in forgiveness or ignorance of the grain of salt throwing off the seasoning balance of many a Musk brew. Thus, it should come as no surprise that our mate Elon recently had to backpedal a little on his “LiDAR is doomed” claims during a recent meetup on Clubhouse (a hip new social startup), admitting that he was just “talking smack” and that there are, indeed, many useful applications for it in areas like Augmented Reality (AR) and for companies like XRApplied. He even had to admit that SpaceX uses LiDAR…

Musk’s LiDAR (Light Detection And Ranging) claims are that they are “expensive sensors that are unnecessary” and are like “having a whole bunch of expensive appendices.” He clarified: “one appendix is bad, well now you have a whole bunch of them, it’s ridiculous, you’ll see.” Of course, the news media picked up on it, and Reddit did, too.

But, as is the case with everything Elon Musk says, the comment was more bombastic than substantial, and also in need of quite a bit of context. Long story short, the comment was about LiDAR in self-driving cars and its inability to solve the ‘vision problem.’ That is to say, that while it is excellent at measuring distances and mapping the three-dimensional world, it has next to no ability to detect the difference between a plastic bag and a small child—true vision is needed for this, otherwise the world just looks like one big conformal map of monosubstance.

First things first: not all LiDAR applications need the same exhaustive understanding of the world around them as self-driving cars. The average Augmented Reality application, for example, isn’t dealing with high-stakes questions like “do I splatter the child or run over the plastic bag?” Rather, it merely needs to map relatively slow moving objects in a relatively static environment (most people using AR aren’t screaming down an autobahn playing PokemonGO in their self-driving Tesla) so it can place digital overlays and objects into that environment with a modicum of accuracy. And here, LiDAR does exceptionally well.

This is why, despite Musk’s fighting words, the SpaceX Dragon is equipped with LiDAR sensors for the delicate operation of docking to the International Space Station (ISS)—an operation that requires greater precision than parking a Tesla in even the tightest of garages. And this is an operation where LiDAR is perfectly suited. Here, an understanding of the shape of the environment is more critical than understanding what exactly is in the environment, much like most augmented reality applications.

Augmented Reality accuracy has been lacking until now: Musk’s “doomed” sensors will be the rocket fuel needed to launch the AR Starship

The significance of this for the evolution of Augmented Reality (AR) cannot be understated. With enough processing power already in the palm of our hands to comfortably run a wide gammut of useful (and entertaining) AR applications, the one thing holding AR’s penetration back has been its tracking and distance estimation accuracy. Even Google couldn’t reliably project a two meter augmented reality radius in its SODAR social distancing guidelines app. One journalist even went so far as describing it’s measurement accuracy as “yeah, sure.” If only we applied the same yardstick to some of Elon Musk’s comments over the years…

But, with portable and accurate distance measuring capabilities, phones able to better map their surrounding environments will see Augmented Reality (AR) finally shed its jankiness. And not only will accuracy be improved, but a wider range of surfaces and textures will become viable AR reference points, including a vast white wall (currently almost unusable for AR). We may even see LiDAR equipped AR devices being used by workers on Tesla production lines in some of Musk’s factories.

The ship might have already sailed on Musk’s Tesla stocks

If there’s one thing in common between Bitcoin, DogeCoin, GameStop and Tesla stocks, it’s that they all show signs of Elon’s power to move markets without any underlying fundamental reason for them to do so. The only difference between Tesla and the others is that the hype cycle is going off as more of a sustained fizz than a sudden bang. After all, his name is attached to Tesla and so a longer ride on the Musk wave was already somewhat guaranteed.

But, like all good things, the rapid rise to its current giddy heights is slowly coming to an end. There’s a limit to how much people are willing to pay for a little Elon brand equity; eventually that thing’s going to have to generate commensurate revenues with sufficient margins, and that ain’t going to happen any time soon.

Will LiDAR-enhanced augmented reality make companies like XRApplied the next hot tech investment?

If there’s one utterance that’s passed through Musk’s lips without being overly hyped, it’s LiDAR. Specifically, LiDAR in augmented reality applications and its potential to launch interest in the emerging tech into the stratosphere. And now is the time to seriously consider getting in. Just like with Bitcoin and Tesla stocks, by the time the majority of people realize that what’s about to happen in AR has happened, it will be too late.

However, the opportunities aren’t in hardware. There’s already too many LiDAR companies to survive and, chances are, LiDAR is just going to be rolled out across new generations of smartphones. These phones are hardware that would have been produced and sold anyway, regardless of what’s happening in AR.

Instead, investors should be looking towards emerging AR software companies like XRApplied. Why? Because once the hardware enabling augmented reality to accurately measure and track objects is widely distributed, demand for augmented reality software is only going to increase rapidly. Already, everyone from automakers to flooring manufacturers are rolling out AR, and the hardware side still isn’t 100% ready to go.

If this rapid expansion were to happen right now, firms seeking to implement AR would be met with a massive shortage of developers. Of course, Elon Musk will likely never have a problem headhunting the top AR developers for Tesla, SpaceX or his Boring Company. Rather, it will be SMEs who can’t necessarily afford to engage top developers on a full-time basis who will be the drivers of a huge pool of unmet demand.
This is why companies like XRApplied with their Extended Reality (XR) Software Development Kit (SDK) are uniquely positioned to be the biggest winners in the coming AR boom. Their IP in augmented reality is infinitely more scalable than one-shot development and, with extremely limited competition at this stage, is positioned to get an important early foothold in the market. At this stage, it seems like the only thing that will get in their way is a potential Elon Musk tirade against Augmented Reality, which is unlikely given that it’s already under development in some of the latest Tesla software updates.

(Featured image by Steve Jurvetson (CC BY 2.0) via Flickr)