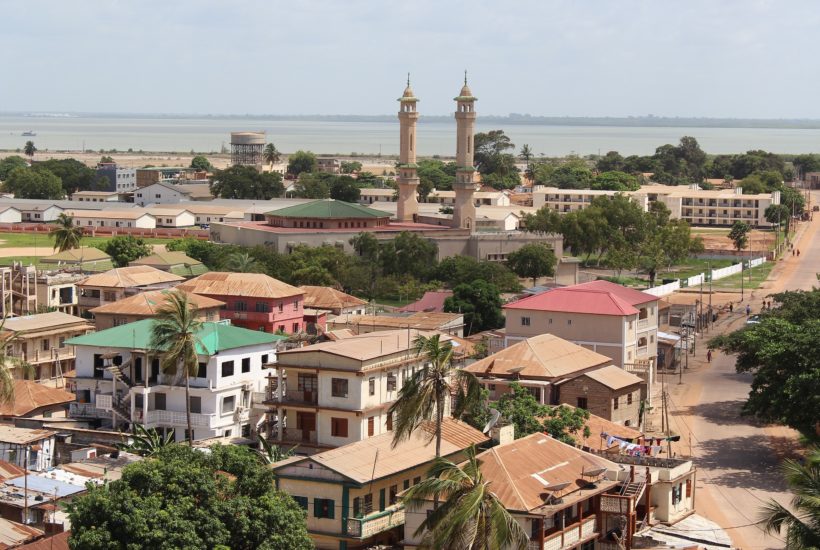 According to the Beac, the current health crisis and its impact on CEMAC’s economies could lead to a downward change in the previous parity with the anchor currency. However, the world is not there yet.

In any case, the global economic outlook for the year 2020 will be in disarray as a result of the COVID-19 pandemic. According to the IMF, world growth, estimated at 2.9% in 2019, is expected to plunge to -3.0% in 2020 instead of the 3.2% initially envisaged. This is a glaring setback from which the economies of the Central African Economic and Monetary Community (CEMAC) will not be exempt. The Bank of Central African States (Beac) confirmed this in its monetary policy report published on April 27th.

Read more about the Beac’s report and find out the most important economic news in the world with the Born2Invest mobile app.

A pessimistic scenario for the world’s economy

According to the issuing institution, “the fall in commodity prices, particularly crude oil, would lead to a sharp deterioration in the terms of trade, a generalized recession in economic activities, a widening of the external and current account deficits, and a deterioration in the monetary situation.”

The Central Bank is assessing the impact of the pandemic on the assumption of a pessimistic scenario marked by a fall in the average price of oil to $20 per barrel. The pessimistic scenario is resulting from a rapid widespread of the new coronavirus. In this situation, the Beac fears a drop in oil production of -6.9 million tons and -945.4 million metric tons for gas. This downward trend is expected to have repercussions on oil revenues, which will register a deficit of about $4.43 billion(CFAF 2,653.7 billion).

A direct consequence of this shortfall will be lower growth and a deterioration in public finances. “The overall fiscal balance, including grants, would widen by 6.6% of GDP, compared to a surplus of 0.9% of GDP in the initial baseline scenario. This deterioration in public finances would result from both lower fiscal revenues (-4.7 percentage points of GDP) and a larger relative increase in government expenditure as a percentage of GDP,” according to the report.

The non-oil sector is not to be outdone. The Beac predicts a significant decline in non-oil revenues and an increase in public expenditure for the countries of the sub-region. “Given the projected sharp increase in spending on health and support to the sectors most affected by the pandemic, budget spending would increase by 2.9 points of GDP,” the institution said.

SEE ALSO  Loyal subscribers: Why Netflix is no.1 in customer retention

The external balance of the currency is under threat

With regard to the monetary reserves of the ECCM, these will logically decline considerably in the above scenario. The massive injections of liquidity by the central bank to compensate for the shortfall in earnings from the member countries’ diminished exports will make a major contribution to this. As a result, the external stability of the currency would deteriorate.

A situation that is far from the IMF’s predictions, which indicated that in January 2020, they should reach the equivalent of 5 months of goods and services. To maintain the external stability of the currency, the Beac relies on strict enforcement of exchange rate regulations.

“It is imperative for the Beac to continue to apply exchange rate regulations in a strict manner in order to avoid speculative and unjustified outflows of capital,” said the money-issuing institution, which also warned countries about the risks involved: “if the CEMAC countries do not effectively fight against the COVID-19 pandemic to limit its economic and financial consequences, the macroeconomic situation would become unsustainable.”

A devaluation is inevitable

On the subject of the monetary situation, the Beac certainly fears a deterioration. Without expressly saying so, it hypothesis a downward change in the previous parity with the anchor currency, the euro. If it does not come to that, the subregion could nevertheless find itself in the depressing scenario of 2016. Then, countries had chosen, rather than devaluation, rebuilding foreign exchange reserves in the framework of economic programs with the IMF and other donors.

“The external coverage of the currency would fall from 71.6% projected in the initial baseline scenario, to 52.7% in the pessimistic scenario. Such a development would result in a real threat to the external stability of the currency. Thus, underlining the fact that in the absence of budgetary adjustment and the consequent mobilization of external financing, the BEAC would once again be subject to the same risks on the parity of its currency as at the end of 2016.

SEE ALSO  What is in store for the Brazil fintech sector in 2020?

To avoid this situation, the BEAC’s Monetary Policy Committee makes a number of recommendations to the CEMAC States. These include, among others, “identifying support measures in favor of companies that will be affected by the crisis and aligning public finance management with updated and realistic budget revenue forecasts.”

With regard to credit institutions, it recommends “sufficiently supplying their customers with monetary signs, in particular by ensuring the availability and proper functioning of their network. That includes ATMs/GABs, guaranteeing the provision of all services and strengthening the operations of remote banks and reviewing downwards the conditions of Beac banks prescribed to the States.”

(Featured image by IsaacTuray via Pixabay)

First published in Camer.be, a third-party contributor translated and adapted the article from the original. In case of discrepancy, the original will prevail.