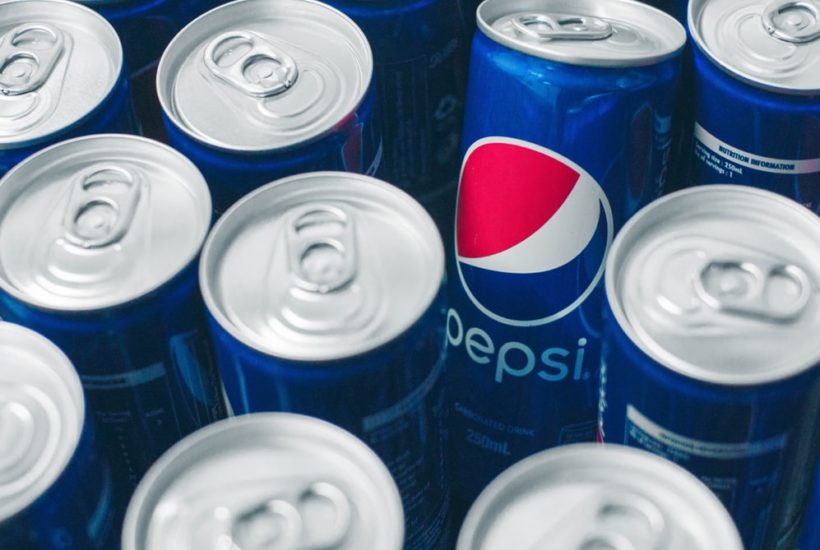 Western societies are getting healthier as we speak. The trend to keep a watchful eye on whatever we’re consuming is worthy of praise. But not everyone is entirely happy about it. Soda brands’ popularity in the United States is declining. How do companies like PepsiCo (NASDAQ:PEP) try to offset that tendency?

Among the 21 most recognizable names in the world, there is room for PepsiCo. Its products have become a trademark all over the globe. The problem is that the once-praised American lifestyle brand is losing its popularity. The demand for soda is drastically declining, and the current consumption sits at a three-decade low.

In the face of that negative bearing, PepsiCo still managed to grow its sales. However, it is only by a mere 1.2 percent in 2017 and 1.8 percent in 2018. Many factors apply here, as PepsiCo is more than just the iconic fizzy drink. Lately, the company has made several investments in healthy substitutes. Its most notorious acquisition is SodaStream sparkling water systems for $3.2 billion in 2018. But it wasn’t enough to move the market and make a visible impact.

PepsiCo operates a rather impressive annual revenue of $64.7 billion. Of that, 42.5 percent comes from outside of the United States. Its global presence is well-established, but when compared to Coca-Cola, it lags behind. While 32 percent of PepsiCo’s revenue comes from outside North America, Coca-Cola reaps twice that from overseas markets.

This discrepancy had been targeted as a priority by PepsiCo’s new CEO, Ramon Laguarta. He has taken the steering wheel back in October 2018. His goal: to expand international sales and tap into new, strategic markets. Laguarta has set his eyes on Africa, which holds specific promises for a successful expansion.

The continent is on the rise. There is prolonged economic growth in the upcoming decades. It is also paired with a population boom. The middle-class now has enough purchasing power to reach for premium products, such as PepsiCo drinks. And that is a consistent trend to monetize on.

Starting in the south

CEO Ramon Laguarta has targeted South African Pioneer Foods to be PepsiCo’s new foothold on the African continent. It is his first significant move. This marks the second-largest PepsiCo acquisition in the last decade. It is surpassed only by the SodaStream deal. Today, Pioneer Foods is about to deliver all that PepsiCo craves for.

Based in Johannesburg, Pioneer Foods is one of South Africa’s most important food and beverage companies. The company deals with a broad array of products, including pasta, rice, cereal, and juices. It exports its products to over 80 countries, but its most established distribution network covers South Africa. With annual revenue of roughly $1.5 billion, Pioneer Foods is a local player to be reckoned with.

What’s essential from PepsiCo’s perspective, is the popularity of Pioneer’s brands that hold a measurable appeal among local consumers. Moreover, the African market is nowhere close to the features of Western markets. The infrastructure is often unreliable. Different legal landscapes make navigating them a rather challenging task. And yet Pioneer Foods has already overcome all these hurdles. Indeed, PepsiCo has perhaps bought the key to its success. The new acquisition will smoothly pave the way into a new market that has a vast and thirsty customer pool.

SEE ALSO  Here are some Goodreads alternatives you should know

PepsiCo’s move seems to be well-thought of. It appears to be the fastest way to increase its previously small footprint. Moreover, it establishes a beachhead for growth into adjacent regions. The distribution facilities, delivery networks, and highly specialized executives will undoubtedly lead the merged company’s growth among positive trends in African society.

The deal is about to be closed, as both parties envision the details to be set in early 2020. If PepsiCo’s Ramon Laguarta orchestrates it well, the deal might become a landmark and a template solution for other Western businesses. It might be the model on how to expand into the African market. Other recognizable brands like Anheuser-Busch InBev and Hilton Worldwide have recently decided to leap over the ocean. Suffice to say we’ll soon be seeing the increased commotion on the continent.

Central and Eastern Europe have craved for American products in the wake of Berlin’s wall toppling. But now the time has come for Africa. With increasing disposable income and emerging middle-class, Africa has a measurable chance of becoming the new go-to-market for international expansions.

With a looming population boom, there will be a lot of consumers to be served. PepsiCo has secured its position already. Time will tell who are going to follow its footsteps.

Henry Reed is a football fan, ramen eater, fender owner, and a financial journalist writing about the stock market. He also covers tech and innovation, as well as the exciting world of cannabis. An internet geek and a budding entrepreneur, he currently divides his time between Scotland and Chicago.