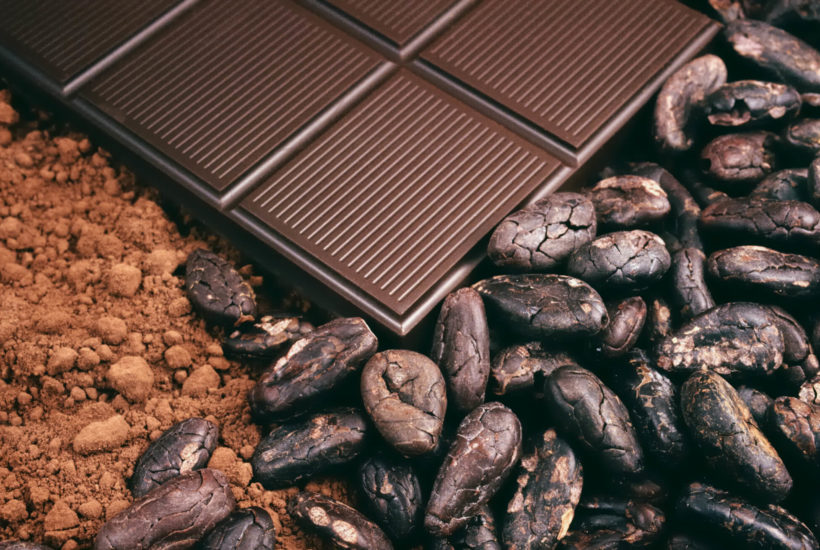 Indian society is on the rise. Spreading of mobile technologies, a boom in e-commerce, and significant tax cuts allow new masses to escape poverty and improve their living conditions. They are still far from Western standards, but with a growth in disposable incomes, Indian people start looking for premium products and little pleasures. And what aligns better with these two, than a sweet piece of chocolate?

Starting from 1948 on, the confectionery giant Cadbury has been establishing a significant distribution network over India. The brand and its infrastructure has been bought by Kraft Food in 2010 for almost $20 billion. Kraft Food has later split into two firms, naming Mondelez its successor in the snack business. In effect, Mondelez has been granted control over 66% of India’s chocolate market. If that wasn’t enough, the recent surge in sweets popularity has pushed the company towards expansion.

The rise of chocolate’s demand came entirely unexpected. Last year, the government concerned about winning the re-election had overhauled national sales tax for many goods. Cutting the tax from 28% to 18% have reduced chocolate retail prices, which in effect have led to a 15.4% spike in national chocolate sales.

Current estimates hover around $1.9 billion in annual chocolate sales. A quite impressive number, but still with a lot of headroom, as the U.S. alone is spending $19.2 billion annually on sweets. As financial conditions in India improve, we should see those numbers coming together.

The craving in the countryside

The considerably better standards of life in cities and agglomerations allowed their residents to reach for higher-priced products. While premium chocolate can cost anywhere between 70 and 170 rupees, the inexpensive substitute can be as cheap as 5 rupees. But the times have changed, and as Deepak Iyer, Mondelez’s managing director for India states, “There’s a misconception that rural consumers are poor. Not all of them are. There are rich farmers who are coming into the consuming class.”

That trend hasn’t gone unnoticed, and sweets companies have rushed to address the previously underserved clientele. Mondelez aims to strengthen its leading position by investing “the big bulk” of their $150 million expansion budget in rural India. The company dynamically expands their distribution network, striding to establish a presence in as much as 100,000 villages over the next three years.

To convince and captivate the new audience, Mondelez reaches towards an array of techniques. Since more than a decade, the company provides Indian stores with free display coolers, which cement the image of the brand, while keeping the chocolate fresh. As one might imagine, liquid chocolate bars don’t win customers’ hearts.

The infrastructure is getting a massive improvement too. Chocolate sales go digital, transactions are being monitored, and dedicated, refrigerated trucks are seen more often on the streets. The beefed marketing budgets have carved space for advertisements featuring Bollywood stars, who promote low-sugar products and personalized chocolate gift boxes for India’s year-round festivals.

Even if Mondelez controls 2/3 of India’s chocolate market, the company has some measurable competition. Second in the race is Nestle – the world’s biggest packaged foods company. Fed by growing chocolate sales, Nestle expands its distribution network, runs celebrity ads, and introduces artisanal products to the market. By analyzing store preferences, the company plans to gain an edge in expansion, though given the enormous extent of Modelez’s outreach, Nestle won’t be a threat to them anytime soon.

Ferrero takes the third place on the market, but the lack of recent significant advancements have been foreshadowed by Hershey, which has recently replaced Mars as India’s no. 4 chocolate company. Hershey’s products are mostly available in cities and major online stores, but the company aims to invest $50 million over the next five years to extend nationally and start spreading to rural areas. Their Brookside and Kisses brands are progressively establishing a foothold in the Indian market, and fight for customer’s attention over the omnipresent Mondelez’s products.

The stakes are sweet

It’s interesting to witness how a government’s need of remaining at power can be reflected by the increased Western presence on the confectionery market. Once exclusive only to the wealthy city dwellers, chocolate is becoming affordable to the average Indian citizen. While the $1.9 billion market cap is just a fraction of potential held by the second most populous state on the planet, the game is on, and that number is going to rise in the upcoming years.