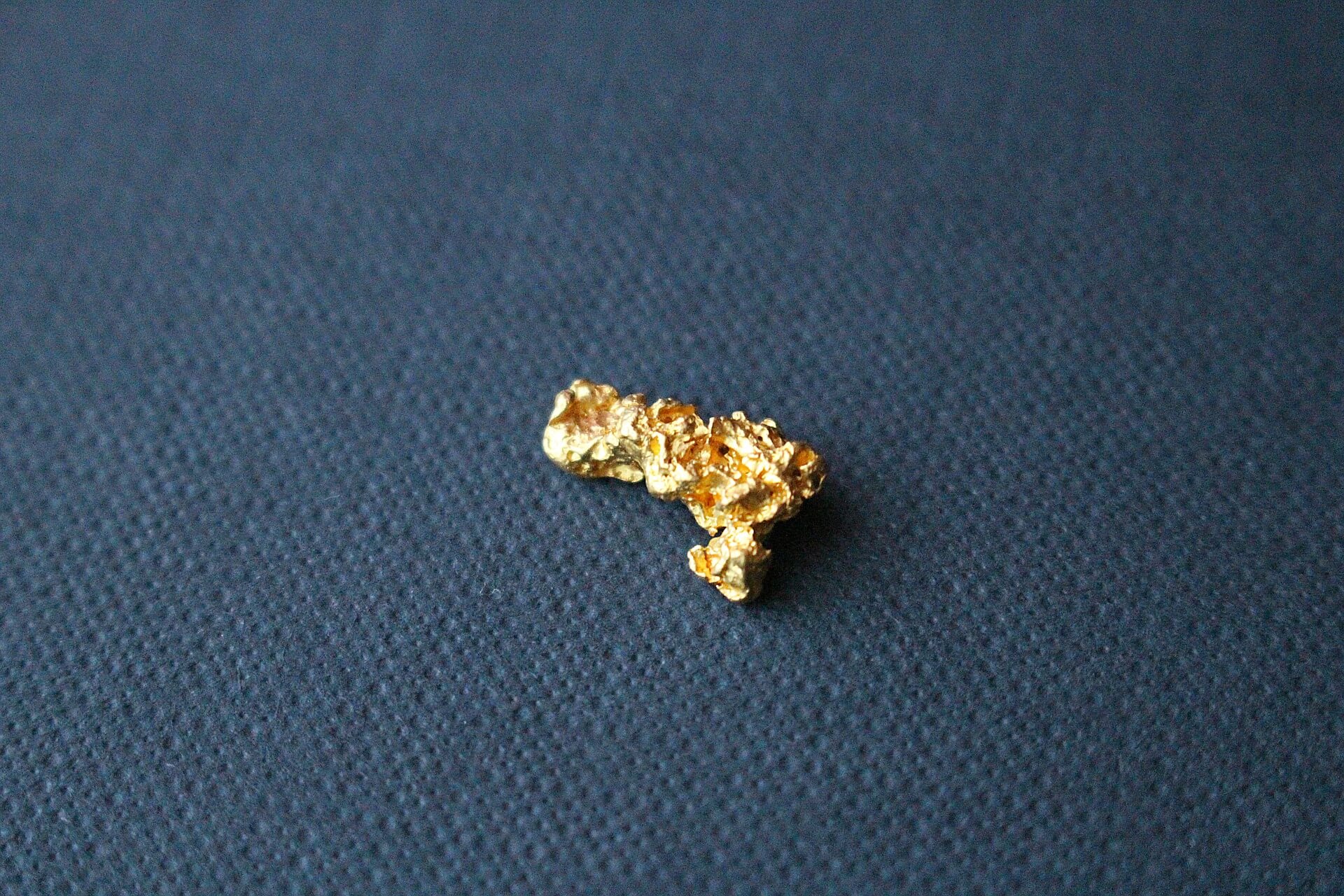 China’s central bank is effectively anchoring the Yuan to the dollar, a policy twist that has helped stabilize the currency in a year of political transition and market jitters about China’s economic management. The Yuan weakened more than 6% against the dollar in 2016; this year, it is up roughly 1%, and the expectation that the currency will fluctuate—a gauge known as implied volatility—is around its lowest in nearly two years. The newfound tranquility may not last: The focus seen in recent weeks on stability against the dollar, whether it goes up or down, means pressure on the Yuan to weaken could get dangerously bottled up, potentially bring bouts of sharp devaluation.

What country is the largest producer of gold?

Sharing some statistics, Hegde said, “Indians currently hold more than 24,000 tons of gold worth $900 billion (as per WGC estimates) and Indian households bought more gold in 2016 than any other financial asset despite the challenges of buying pure gold and storing it.”

Miners ready for new Mongolia boom with one-fifth of the country to be opened for digging/CNBC:

A new mining boom may be just around the corner in Mongolia, mining industry executives said, as it moves to open nearly 21 percent, a bit more than one-fifth, of the country for exploration to shore up its finances following an IMF-led bailout.

This month Mongolia’s government removed the main obstacle to its $5.5 billion IMF-led bailouts. It annulled a controversial banking law that would have required companies like Rio Tinto to funnel all sales revenues from foreign investment projects through Mongolian banks and proposed the wider exploration area.

Global gold demand in Q1 2017 was 1,034.5t. The 18% year-on-year decline suffers from the comparison with Q1 2016, which was the strongest ever first quarter. Inflows into ETFs of 109.1t, although solid, were nonetheless a fraction of last year’s near-record inflows. Slower central bank demand also contributed to the weakness. Bar and coin investment, however, was healthy at 289.8t (+9% y-o-y), while demand firmed slightly in both the jewelry and technology sectors.

Gold Speculators Sharply Raised Bullish Net Positions After 3 Down Weeks/Investing.com: The non-commercial futures contracts of Comex gold futures, traded by large speculators and hedge funds, totaled a net position of 159,767 contracts in the data reported through May 23rd. This was a weekly gain of 33,043 contracts from the previous week which had a total of 126,724 net contracts. The weekly jump in bullish net positions was the largest one-week gain since February and brought the overall net level to the best position since May 2nd. Gold positions had fallen over -73,000 in the previous three weeks.

Canada’s Barrick Gold (TSX, NYSE: ABX), the world’s top bullion producer by volume, has warned that up to 6% of it expected output for 2017 may be severely hit by a ban on mineral concentrate exports affecting its subsidiary Acacia Mining (LON: ACA), in Tanzania. The Toronto-based miner, which holds a 63.9% stake in Acacia, noted that if the subsidiary needed to revise its forecast for the current year, then Barrick would evaluate any necessary adjustments to its own 2017 outlook. Tanzania’s presidential committee found the value of minerals within concentrates in containers at the port city of Dar es Salaam was more than 10 times the amount declared by Acacia. As a result, the nation decided to keep an export ban issued in March on the London-listed miner’s copper and gold concentrates.

First quarter GDP numbers were released this morning at 8:30 EDT as the Commence Department revised their previous number from 0.7 to 1.2 percent. Consumer spending was stronger than initially thought, but later in this report, you will see that the spending seems to be up on “borrowed money.”

Before the turn of the century, Central Banks sold a record 97 million oz. of silver into the market in 1999. This was a great deal of silver as it accounted for 17% of total global mine supply that year. Over the next 14 years, the Central Banks continued to sell a substantial amount of silver to supplement the market. However, silver supplies from the Central Banks have totally dried up over the past three years…. Why? Well, the answer is quite simple when we understand the data. Central Banks silver stockpiles have dwindled considerably over the past decade and a half.

According to the data in the recently released 2017 World Silver Survey, Central Bank silver sales were estimated to be a big fat zero for 2014, 2015 and 2016:

Today, some cobalt is produced specifically from various metallic-lustered ores, for example, cobaltite (CoAsS), but the main source of the element is a by-product of copper and nickel mining. The copper belt in the Democratic Republic of the Congo, Central African Republic, and Zambia yields most of the cobalt mined worldwide.

Cobalt is primarily used in the preparation of magnetic, wear-resistant and high-strength alloys. The compounds, cobalt silicate and cobalt(II) aluminate (CoAl2O4, cobalt blue) give a distinctive deep blue color to glass, ceramics, inks, paints and varnishes. Cobalt occurs naturally as only one stable isotope, cobalt-59. Cobalt-60 is a commercially important radioisotope, used as a radioactive tracer and for the production of high-energy gamma rays.

Jack Lifton, Founding Principal of Technology Metals Research, LLC, took the time to speak with SmallCapPower at Mines and Money New York, explaining how he believes recycling is essential to ensure adequate global cobalt supply, yet thinks cobalt could already be in a “death spiral.”

I have been saying for some time that as electric car production goes up Cobalt will go up in demand for it is needed to produce electromagnets. Mining.com has pointed out that China now controls the largest market share of this market. It is really worth your time to take a look at this link to better understand this market, for in the coming years you and your firm can profit from this fact.

China wants to do what the U.S. has done, which is to remain on a paper currency standard but make that currency important enough in world finance and trade to give China leverage over the behavior of other countries.

The best way to do that is to increase its voting power at the IMF and have the Yuan included in the IMF basket for determining the value of the special drawing right (SDR).

China accomplished that last September when the IMF added the Yuan to its basket of currencies.

The rules of the game also say you need a lot of gold to play, but you Don’t recognize the gold or discuss it publicly. Above all, you do not treat gold as money, even though gold has always been money.

The members of the club keep their gold handy just in case, but otherwise, they publicly disparage it and pretend it has no role in the international monetary system. China is expected to do the same.

Right now, China officially does not have enough gold to have a “seat at the table” with other world leaders. Think of global politics as a game of Texas Hold’em. What do you want in a poker game? You want a big pile of chips.

I try to cover the Related Image use of metals in medicine when I can for everyone in our field. Unfortunately, we all know many who suffer from diseases and in my own way, I try to put out the latest info. There are a few Doctors that take the materials that we work with daily and push the envelope of research to eradicate disease with them. I hope that over the years I have been able to show my readers that the few are working for the good of the many.

The role of metal and metal oxide nanoparticles as diagnostic and therapeutic tools for highly prevalent viral infections Tejabhiram Yadavalli, Ph.D. Nanette is increasingly playing important roles in various fields including virology. The emerging use of metal or metal oxide nanoparticles in virus targeting formulations shows the promise of improved diagnostic or therapeutic ability of the agents while uniquely enhancing the prospects of targeted drug delivery. Although a number of nanoparticles varying in composition, size, shape, and surface properties have been approved for human use, the candidates being tested or approved for clinical diagnosis and treatment of viral infections are relatively less in number. Challenges remain in this domain due to a lack of essential knowledge regarding the in vivo comportment of nanoparticles during viral infections. The recent advances in diagnostic, prophylactic and therapeutic applications of metal and metal oxide nanoparticles in human immunodeficiency virus, hepatitis virus, influenza virus and herpes virus infections offer hope to us all.