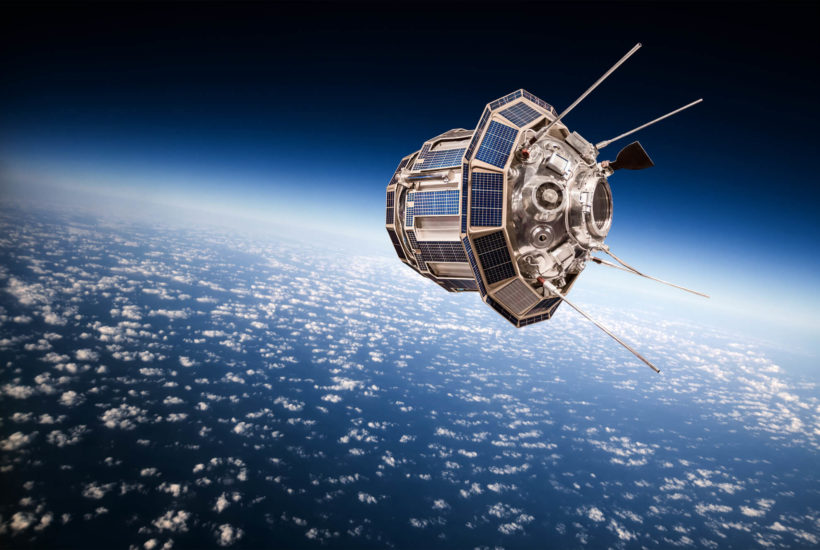 Right now, there are just over 5,000 satellites in orbit around Earth. In the next 10 or 20 years, that number could quadruple. The satellite industry is at the beginning of a boom, and this growth is fueled by new and exciting tech innovations in the market. How are these technological advances fueling the satellite industry, and what can we expect to see in the next two decades?

1. The rise of CubeSats

Enter CubeSats. These nanosatellites can be as small as a loaf of bread, only weighing a few pounds each. In the beginning, they were primarily used for short-term missions, but as technology has advanced, they’ve become more capable and thus more useful.

SpaceX’s Starlink satellites will, when fully deployed, provide internet access to the majority of the world. Each satellite weighs 500 pounds, but they’re small enough that SpaceX could cram 60 of them into one Falcon 9 fairing and launch them all at once. When the mega-constellation is complete, there will be nearly 12,000 satellites in low- and very-low Earth orbit.

In addition to their size, each Starlink satellite is equipped with a Startracker navigation system that allows it to track orbital space debris and make navigational corrections to avoid collisions.

Starlink is just the beginning. As technology continues to improve, more CubeSats and nanosatellites will take their place in the skies above our world, fueling the market into the next decades.

As satellites get smaller, the technology within them gets more compact. While this is a good thing for launch and construction costs, it makes managing the heat generated by electronics more challenging. Even in the cold vacuum of space, computer components generate heat, and if it isn’t distributed, it can damage or destroy the machines. On Earth, the temperature is dissipated by the atmosphere or by liquid cooled systems. That doesn’t work in orbit.

Heat pipes and heat plates are tools to deal with the warmth generated by these computers. For satellites with an extended mission, heat plates are the best option. They can operate at lower temperatures, have no degradation during cycling, and can even conduct heat around corners, which is valuable when you have to fit all the operating components into smaller spaces.

Traditionally, satellites thrusters are powered by a xenon electric engine. While they’re generally successful, they’re limited by the amount of xenon available on the planet. It’s relatively rare, only showing up naturally in the atmosphere in 87 parts per billion, and we can only manufacture 6,000 meters cubed per year. Krypton, on the other hand, is roughly 10 times more common in the atmosphere. SpaceX’s Starlink satellites are one of the first that used krypton instead of xenon for propulsion.

Krypton has a lower mass than xenon, and under certain circumstances, can even offer 25% more thrust. It works in traditional xenon-powered systems, though it may need some tweaks to ensure maximum thrust. Changes in conventional thruster technology will also continue to fuel the satellite industry in the coming years.

4. Space as a platform

Instead of looking at space as the final frontier, entrepreneurs are looking at the cosmos as a platform to move us into the future. Once we’ve managed to get away from Earth and out into the solar system, the focus will turn to harvesting necessary resources from asteroids and other planets. According to experts, mining one metal-rich asteroid could potentially provide us with more platinum than we’ve ever found on Earth.

Space as a platform will shape the human race long into the future, as soon as we can get there.

5. The future of the satellite industry

The satellite industry has always been steady, but these new advances in technology will continue to fuel the market growth for decades to come.