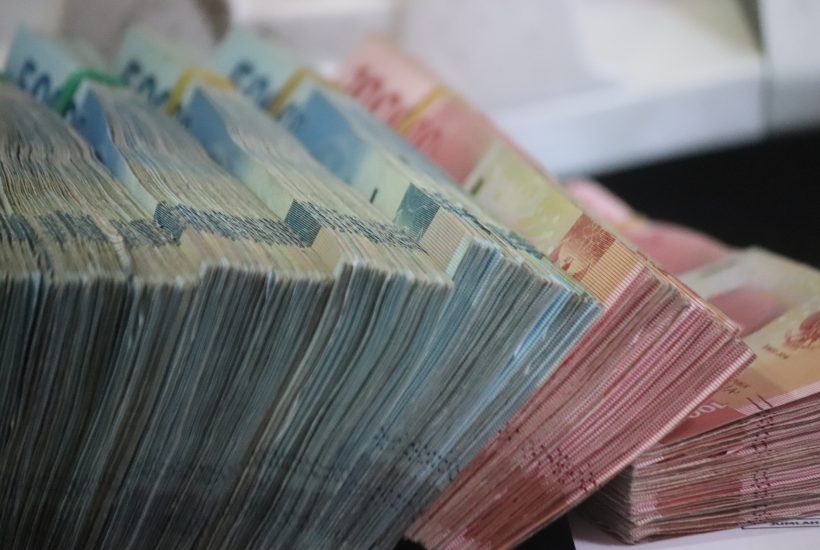 There are 400 fintech startups in Italy: the sector is showing positive signs despite the Covid19 pandemic, with more than 50 new companies included in the PwC 2021 Observatory and a +31% increase in revenues in 2020 compared to 2019. The sectors that saw the greatest growth in fintech companies were those that were able to respond to the new needs dictated by the pandemic. These included Lending (+37%), a crucial segment in meeting the demand for credit that emerged from Italian SMEs, and the Insurtech segment (+22%).

“In 1998 Bill Gates uttered a maxim that has remained in history: Banking is necessary, banks are not.”
Just as you are reading this article, Lokky, the Italian Insurtech dedicated to small businesses, professionals, and freelancers, announces that it has closed its equity crowdfunding campaign on Mamacrowd with a raising of about 2.6 mln euros, as part of a total capital increase of 2.9 mln euros.

“Finally, even in Italy fintechs are becoming more solid with revenues, according to Pwc’s latest report, of 655 million up from 498 in 2019 and 373 in 2018. Moreover, this year, despite the fact that with investments we still lag behind other European countries, we have the first two unicorns in the sector: ScalaPay and Satispay,” commented Clelia Tosi, Head of the Fintech district.

Capital invested in fintech companies, including from abroad, is growing, but above all, collaborations with finance players and large companies are finally increasing. Indeed, new forms of collaboration, such as partnerships and open innovation, development of joint ventures, acquisitions or investments, are showing up.

“Also going strong are the way of payments and lending, but also embedded finance, enabling financial services in seamless logic.” “There are both examples of collaboration between fintech companies, as well as collaborations between banks and fintech companies,” Clelia Tosi explained. “You can see a movement in the industry that is responding on multiple fronts and leading us into a more robust future. Take the example of lending: during the pandemic, Intesa Sanpaolo signed an agreement with the French fintech company October to provide Italian SMEs in need with faster loans.”

Among the fastest-growing fintech sub-sectors is techfin, that is, companies that start from technology, from artificial intelligence to blockchain, and also have applications for financial services. “Also going strong are the way of payments and lending,” Tosi added, “but also embedded finance, which enables financial services in seamless logic (for example, Amazon making loans but also payment services embedded in sites and services of utilities, and others).

A separate discussion should be made for insurtech companies, which are growing but would need an “institutional” push: “The sector’s performance is fluctuating but there are some excellences: think of Yolo, which has made the IPO and Prima assicurazioni, which is growing steadily,” commented Tosi. “A strong institutional push would be needed with legislation like PSD2 was for fintech, which would enable open insurance as it was for open banking.

“This year despite the fact that with investments we still lag behind other European countries, we have the first two unicorns in the industry: ScalaPay and Satispay.”

In the first half of 2022, 200 million euros were invested in insurtech, up from 60 million in the first six months of last year (+230%). This is expected to reach 500 million euros by the end of 2022. A total of 510 million euros has been invested in the past 30 months. This is the picture of the Italian insurtech market taken by the Insurtech Investment Index, created by the Italian Insurtech Association (Iia), the association that brings together more than 200 players in the insurance market and elaborated by the Fintech & Insurtech Observatory of the Milan Polytechnic.

Loans and other trends

In the area of applying for small loans, banks are still the main point of reference, with 61 percent of Italians turning to them.

But competition from new players is emerging: 23 percent would be ready to consider loans linked to automakers (+9 percent), and 32 percent those linked to gas and electricity providers (+11 percent). Although the leading position of traditional players (banks, insurance companies, postal services, and sgr) seems to be confirmed, they nevertheless show a decline in consumers who would see them as their exclusive reference.

Another fast-growing sub-sector of fintech is embedded finance

These are companies that offer tools to enable financial services in seamless logic. “In 1998, Bill Gates uttered a maxim that went down in history: ‘Banking is necessary, banks are not,'” Clelia Tosi concludes. “Financial services are essential, but they do not necessarily have to be given by banks. The future, in my opinion, is going precisely in this direction.

But what is lacking in Italian fintech? “Sixty-four percent of fintech and insurtech startups operate only in Italy, and this is a danger, because the market is large, but not as large as the European one,” warned Laura Grassi, director of the Fintech & Insurtech Observatory of the Politecnico di Milano during the Observatory’s presentation event.