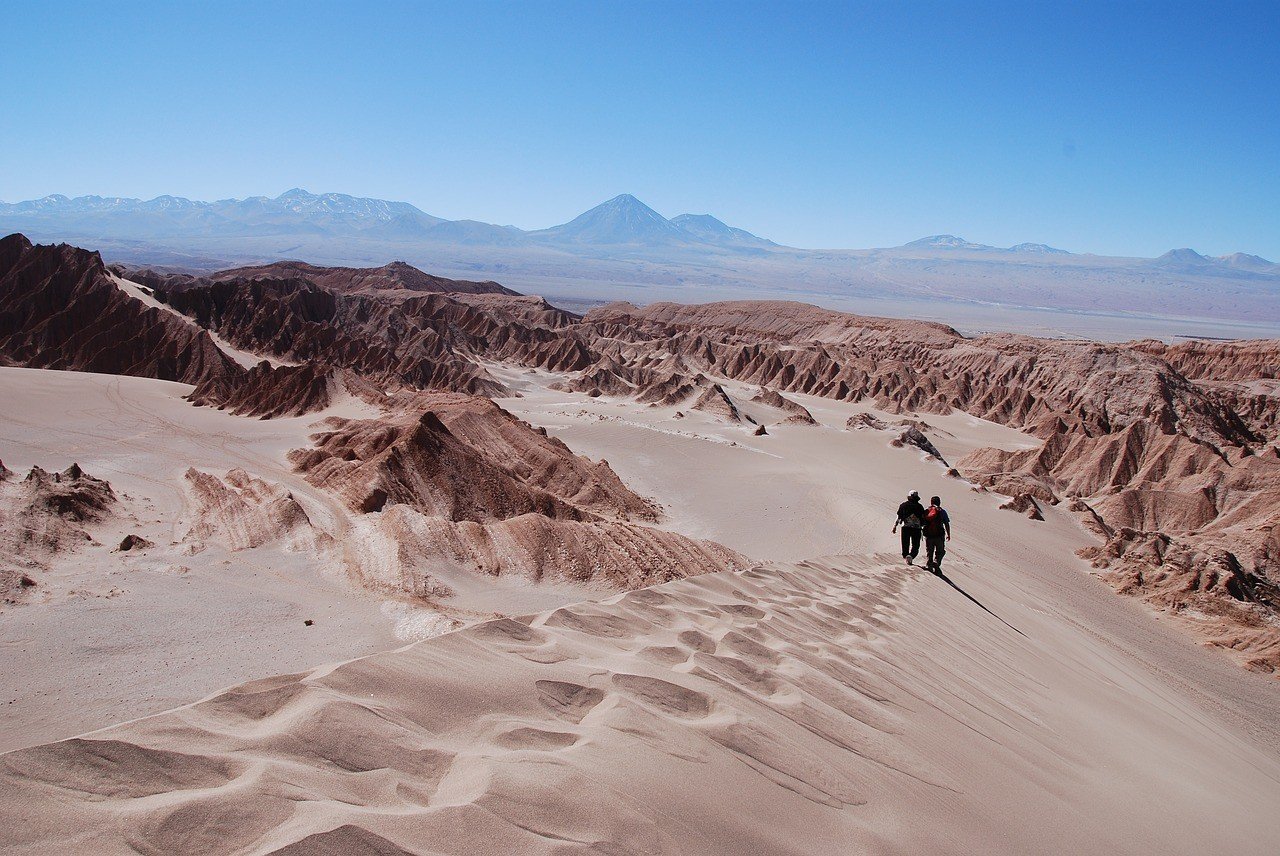 The Atacama Desert is considered to be the driest, non-polar desert in the world. The desert covers 150,000 kilometers across the Pacific Coast, located west in the Andes Mountains, and is composed of terrain, salt lakes, and sand. Atacama extends a few kilometers south of the Peru-Chile border.

Although sparsely populated, the Atacama desert is filled with rich stories that run through the history and current state of Chile. Read some of them below.

Down below and far beyond

In the documentary “Nostalgia For the Light,” released in 2010, director Patricio Guzman juxtaposed the Atacama’s role in the abusive history of Augusto Pinochet’s dictatorship and the desert’s part in the future of astronomy.

The Atacama Desert is filled with a lot of stories and is even featured in the documentary “Nostalgia for the Light.” (Source)

The documentary explored and showed how Atacama became the venue of a concentration camp set up by Pinochet. It also revealed how Pinochet’s men dumped the bodies of executed prisoners of war in the desert from 1975 to 1979, and how their families are still searching for their remains up to this day.

With commentaries and interviews from the affected family members, the documentary delved into the human rights abuse of the dictatorship and how it deeply affected the lives and current societal state of Chile.

Guzman highlighted Chile as the perfect spot for astrological studies because of Atacama’s thin, unpolluted, clear skies. Scientists and astronomers flock to Chile, particularly in Atacama, to maximize their exploration projects. Chile became the world’s center for astronomy, especially during the construction and operation of the Atacama Large Millimeter Array (ALMA) telescope, the world’s most expensive and largest operating telescope.

In Atacama, astronomers can see far beyond their telescopes than any other place in the world because of its lucid skies. While braiding the connection of how astronomers search for stars in the Atacama desert and the families of the slain Pinochet victims searching in the same area for the remains of their loved ones, Guzman explained that the desert holds so much mystery and hope, not only for science, but for society as well.

A dry vastness and 14 years worth of rain

According to records, the Atacama desert is considered to be the “driest place on the planet.” Based on scientific data, rainfall in the Atacama reaches 15 millimeters a year, while some areas of the desert have never received rain in years. Cities surrounding the desert such as Calama, Copiapo, and Antofagasta have not experienced rainfall in four years.

Records say that the Atacama Desert is the “driest place on the planet” as some areas in the desert never get rain. (Source)

According to the New York Times Almanac published in 2007, the Atacama has not experienced significant rainfall from 1570 to 1971. Moreover, the desert has experienced extreme hyperaridity for a staggering three million years, thus, making it the oldest arid region in the planet. The Times also said that no rainfall was “ever” recorded in its driest parts.

However, a recent thunderstorm flooded the northern part of Chile, including the Atacama. Ten people were killed by the thunderstorm which meteorologists described as the equivalent of 14 years of rain in 12 hours. Nearby municipalities of Antofagasta and Coquimbo were hugely affected, and search and rescue operations are still in progress. Mahmud Aleuy, Chile’s Deputy Interior Minister, referred to the flood as “the worst rain disaster to fall on the north in 80 years,” as reported by The Washington Post.

Reports could not stress enough how “dry” the Atacama Desert and yet, this surge of rainfall suddenly happened. According to Jeff Masters of The Weather Underground, the rainfall is an effect of the current El Nino phenomenon, since Antarctica is having its warmest temperatures yet.

“The heavy rains were from a cold front that hit the Andes Mountains,” wrote Masters. “Unusual warm ocean temperatures approximately (1.8 degrees) above average off the coast meant that high amounts of water vapor were available to fuel the storm and generate exceptionally heavy rains.”

The heavy rainfall affected many communities surrounding the Atacama desert, but it did not destroy Chile’s huge mineral resource deposits, which occur in many parts of Chile because of Atacama’s arid properties. According to a report by Bloomberg, White Mountain Titanium (OTCQB: WMTM) released a statement revealing that their Cerro Blanco project in Santiago was not affected by the devastating rainfall and that all of their personnel were accounted for.

White Mountain Titanium aims to develop one of the largest primary rutile mines in the world, and this will create a new story about the Atacama once production begins. WMTM plans to unearth 112 million tons of rutile, with an annual output of 80,000 tons per year.

The company’s mine deposits in Cerro Blanco is situated near the coast, at a low elevation in the Atacama region. Its designated mining area was built with good infrastructure, and this was proven with the company’s survival during the recent thunderstorm. Because of companies such as White Mountain Titanium, the Atacama desert will soon be known as one of the leading sources of high grade titanium, proving the desert’s natural ability to provide the world with stories filled with luster and shine despite its history.