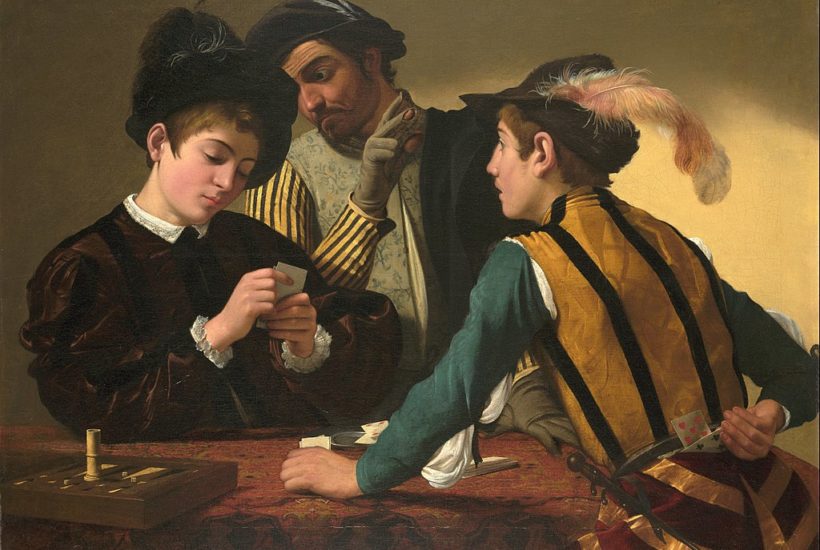 Usually, when we think of great art, we speak in terms of great artists. Think Klimt, Picasso, Caravaggio, etc. However, if you pay attention to the NFT world, things are a little bit different, and many of the biggest names have nothing to do with the people behind them.

Of course, there have been a handful of breakout artists to emerge in the NFT landscape (every rule has its exceptions, right?). Beeple would be one of the more obvious ones. But, outside of this small cadre of artists who are famous in their own right, no one really knows the people behind even some of the biggest of big-name NFTs.

If you need proof of this, try dropping the names Matt Hall and John Watkinson into casual conversation. Chances are, many people will just stare blankly back at you. Or, depending on the crowd, one or two might respond. “Oh, you mean the Red Bull air racing pilot, right?” — “Um, no, I’m talking about the guys behind CryptoPunks!”

So why are NFT enthusiasts and investors seemingly eschewing artists in favor of… well, whatever it is they’re favoring? And what can this tell us about the NFT projects most likely to succeed? Let’s take a look.

If we step back and think about it just a little bit, this whole phenomenon is slightly odd. And it’s not just because it represents a break from the traditional art world. Rather, its oddness comes from the fact that we live in an age where even the most basic commodity products are differentiated based on nothing but brand identity and whatever influencers are getting behind them.

And yes, once again, rules are there to be broken, and there are NFTs whose value is solely derived from the people behind them. However, as before, these cases tend to be the exception.

In most cases, when people get intertwined with NFTs, the results are far from spectacular. Kathy Hackle, the so-called God Mother of the Metaverse couldn’t make Space Force NFTs a thing. And it’s fairly unlikely that even a Kardashian would have much more success. Detox supplements and makeup for your private bits, sure. But NFTs? It seems that NFT collectors and investors are looking for something else.

Headfirst into the NFT Metaverse

At the same time that NFTs have shot up in prominence, it’s been hard not to notice the growing interest in the metaverse. Sure, Zuckerberg’s dreams where we’re all plugged into the Facebook/Meta matrix 24/7 via an Oculus headset are highly unlikely to come to fruition. But there are elements of the metaverse that are not just plausible, but already here.

SEE ALSO  Is it too late to invest in Bitcoin?

The clearest evidence of this is the prevalence of games like Roblox and Fortnite where players immerse themselves in rich online worlds. Here, gaming is just part of the experience — something to do between decking an avatar out with virtual goods and attending online events.

What’s interesting to note about this is that while it’s all “virtual,” the player experience is anything but. Indeed, it’s not even all that unusual to find players whose online and virtual lives are so intertwined that each is as important as the other — especially if you look at younger generations.

But it’s not just confined to younger generations, nor to the fuzzy space where real and virtual lives overlap. A lot of activities in spaces like VR Chat, for example, are complete fantasy worlds where people go to effectively live in an alternate universe.

The Creation of a Universe Is Key

A common thread holding otherwise disparate experiences like Fortnite and VR Chat together is the ways in which they create immersive universes. Here people don’t just come to play games or to chat idly. Instead, they come for the rich world that’s built up in or around them.

This stands in contrast to video games and chat apps that were popular in the past, most of which were purely functional. A shooter was for shooting things. A chat app was for communicating. That was it.

But now people are expecting more, and this extends beyond just games and chat apps. In fact, early signs that a similar phenomenon is spreading to art and NFTs are already emerging.

From CryptoPunks to The Holy Ones: An NFT Evolution

As the pioneering collection that kickstarted the whole NFT thing, CryptoPunks are one of those things that will most likely remain valuable forever. They mark a revolution. Now, if we survey the NFT landscape, we find literally thousands of similar projects all shooting for the moon. But do any of them have a chance? Probably not.

Of course, there are a few that have managed to garner significant interest in their own right. Bored Ape Yacht Club is one that springs to mind. However, if we look closely at those having the most success, it’s clear that there is something more than just computer-generated art going on.

The reality is, most of the NFT projects that will go on to have any real success are those that, like games and chat apps, manage to build an entire universe around their art. It’s not just about buying and selling items anymore, but being a part of something more meaningful that’s the real value generator.

For this reason, the rising stars of the NFT world are increasingly becoming the projects like The Holy Ones that wrap a whole lot of value around the NFTs. Think social clubs, membership tokens in Distributed Autonomous Organizations (DAOs), and other benefits. And, don’t forget that the art has to stand on its own two feet — it is the defining face of any good NFT project, after all.

The Holy Ones Unholy Show How it’s Done

As we just touched on, art is still fundamental to defining any good NFT project, and this is the first point where The Holy Ones stands out from the NFT crowd. Here, instead of producing lazy pixel art or simple line drawings, the team has assembled 3D artists to create detailed depictions of “reformed” religious figures throughout history.

What elevates the art here further though is that it’s based around a central narrative: the idea that failed religious figures (after years of, shall we say, living it up as dropouts and outcasts) get together to preach a unified message of togetherness. It’s a fun, pertinent theme that forms the basis for an entire universe.

From here, things branch out organically, and the project includes a range of add-ons and benefits. These span from financial rewards (royalties from metaverse games operated by the Holy DAO, of which membership is included with each NFT) right through to the one thing the kids really care about — metaverse swag to dress up their avatar with.

In short, the Holy Ones is bringing a little bit of the success formula that’s defining the future of everything else online and applying it to NFTs. In doing so, it’s defining a future for high-value NFT projects that will see the likes of CryptoPunks relegated to the annals of NFT art history.