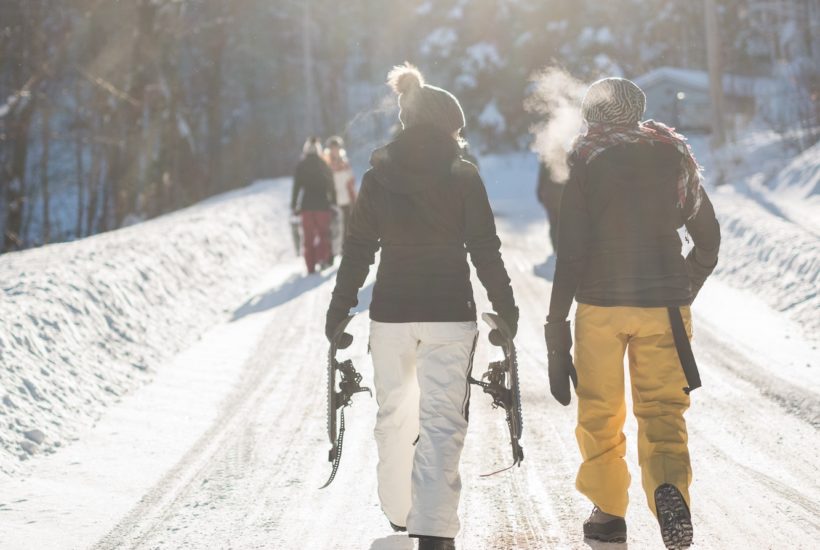 Two friends Michael Podesva and Zbynek Suba, both 24 years old, are on a mission to change the way you ski. The Czech friends may not be the first to come up with the idea of designing short, especially handy skis but they have built something pretty remarkable.

Previous innovations like bigfoots and snow blades and other mini-ski variants failed to become a respected winter sport. This is what the two Czechs wanted to achieve with their mini skis called Snowfeet.

However the project turned out to require more energy and time than originally anticipated. So Podesva and Suba decided to drop out of university in 2018 and put all their energy into the SnowFeet. And it was a success. Their first crowdfunding campaign earned the young founders $400,000 and thus provided the financing of the “snow feet.”

Stay up to date with the world’s most interesting business headlines with the mobile app Born2Invest. Explore stories, headlines, and content on a wide range of topics from global business to stock market, finance news, bitcoin, cryptocurrency, Africa and much more.

For a whole year, the two worked, tested and designed the first version of the mini skis, according to Podesva. And they tried to make the mini skis as “easy to use, safe, tough and cool” as possible. The mini skis are made of fiberglass-reinforced plastic and metal edges just like full-sized skis.

With a length of only 39 centimeters and a weight of just 1.5 kilograms per mini ski, they are much easier to handle than real skis. The “snow feet” are manufactured entirely in the Czech Republic, in Valasske Mezirici, a town in Moravian Wallachia in the Vsetín district.

SEE ALSO  The AFBV moves ahead with new categorization for plants

In powder snow, however, the mini skis not do too well, as the body weight is distributed over a very small area. In addition they may not be suitable for all types of slopes. Despite this founder Michael Podesva is confident that the company will see a breakthrough. While people jetting down the slopes is not yet a common sight snowboarding faced similar problems in its inception and now no Alpine scene is complete without snowboarders careening down the slope.

The young founders are far more worried about another challenge. Namely counterfeits from China. The first version of the Snowfeet mini ski can be bought for $154 (€139) from Snowfeet, but if you look for it on the Internet, you will quickly find more mini skis on Amazon that look confusingly similar to the product of Podesva and Suba. At significantly lower prices. Many of them are offered by Zehui Technology, a company based in Shenzhen (China).

Podesva and Suba have already filed a complaint with Amazon. So far without response. It remains to be seen whether their mini skis, despite all the difficulties, really have the potential to revolutionize winter sports as they imagine. At the moment there is another crowdfunding campaign running on Kickstarter. And if it is as successful as the first one, then the future looks pretty good for the two founders from the Czech Republic.

First published in WELT, a third-party contributor translated and adapted the article from the original. In case of discrepancy, the original will prevail.