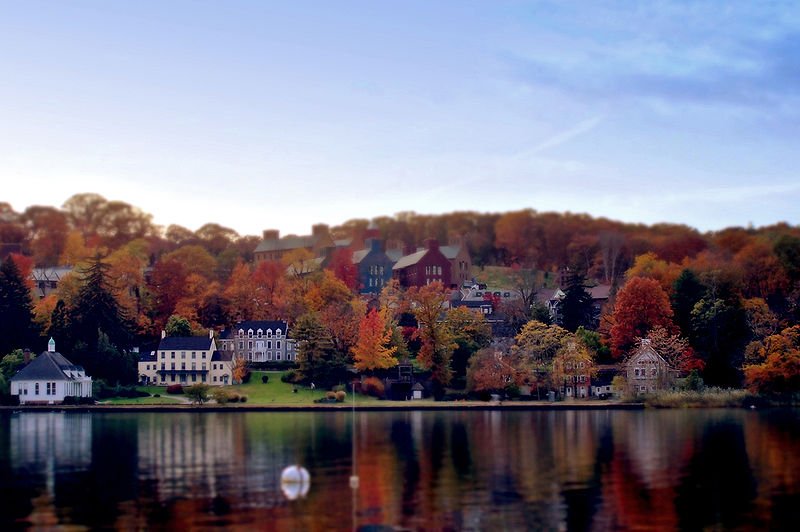 Why go to Disney’s Main Street USA when you could get a taste of the real thing?

Miles outside major metropolitan areas, down highways, byways, and dirt roads, the weary traveler comes upon America’s greatest hidden gem: the small town. While some consider the small town to be a mere relic of American mythology, it turns out the place “where everybody knows your name” is alive and well.

Stuffed to the brim with charming eateries and knick-knack shops, the sleepy towns on this list are sure to sweep you off your feet. The best part? Each of these towns is located within a few hours’ drive of the nearest big city, making them perfectly accessible for a spur-of-the-moment weekend getaway or even an ambitious day trip.

A few hours north of Atlanta, this mountain getaway was the site of the first U.S. Gold Rush. Founded in 1828, Dahlonega offers sweeping mountain views, bubbling waterfalls, and, of course, remnants of gold mines. 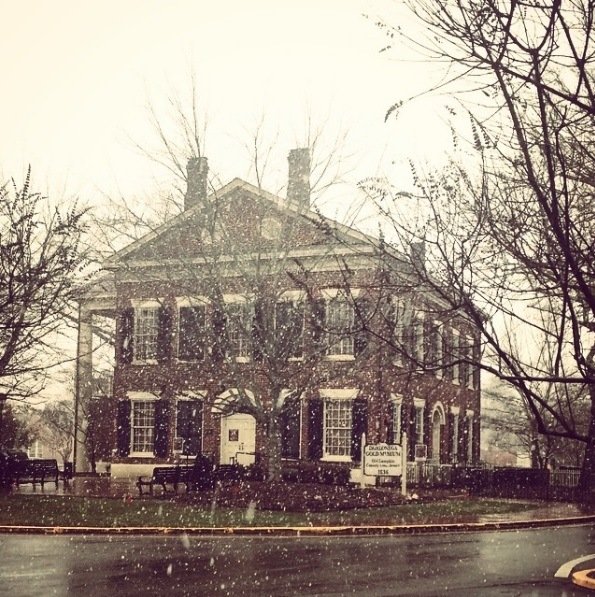 In addition to abundant natural beauty, shoppers will love the town’s charming commercial district, which is included on the National Register of Historic Places. With wineries and plenty of outdoor activities, you won’t run out fun things to do in Dahlonega.

Instructions for reaching the cutest town in the Hudson Valley: board a MetroNorth train at Grand Central station, and take in the magnificent views of verdant mountains and the glistening Hudson River on your way north. Only a 90-minute train trip from New York, Cold Spring is home to a quaint stretch of delicious restaurants, antique shops, and homemade ice cream. 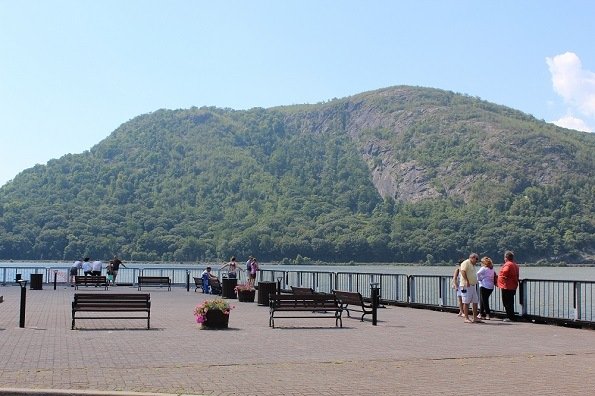 Cold Spring is home to a lot of restaurants and antique shops. © Shinya Suzuki Source (CC BY 2.0)

Outdoorsy adventurers can also take advantage of the town’s proximity to Breakneck Ridge, a famous hiking trail within walking distance. For the rock scrambling-averse, there are tamer trails nearby as well.

Only two hours from Portland, this adorable town is called the “Jewel of the Coast” for good reason. Perched on the choppy northern Atlantic, Camden offers a rugged landscape combined with classic New England charm. 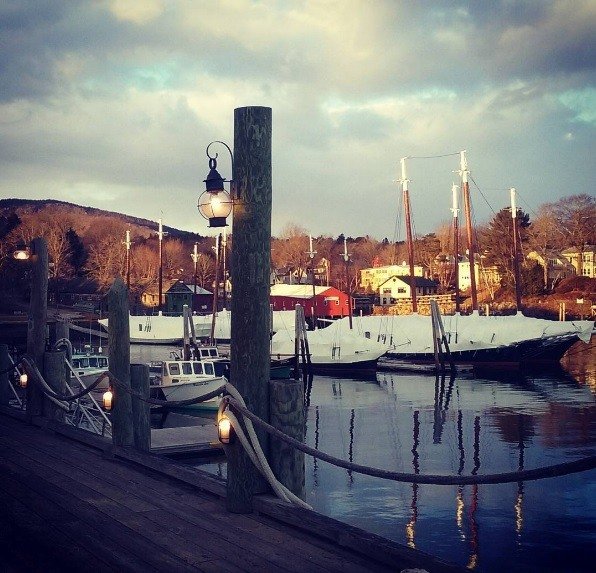 Featuring a beautiful harbor, historic 19th century architecture, and an array of local shops and boutiques, Camden feels like the intimate setting of a movie — and in fact, this picture-perfect seaport town has served as the backdrop for a number of films, including Carousel (1956) and Stephen King’s Thinner (1995). Time your visit around one of the town’s many seasonal events, such as the U.S. Toboggan Championships and Windjammer Weekend.

Located an hour from Pittsburgh, this town is proof of the age-old adage, “Good things come in small packages.” The smallest entry on the list, Lingonier has a population of only 1,500 — but what it lacks in population density it makes up for in history. 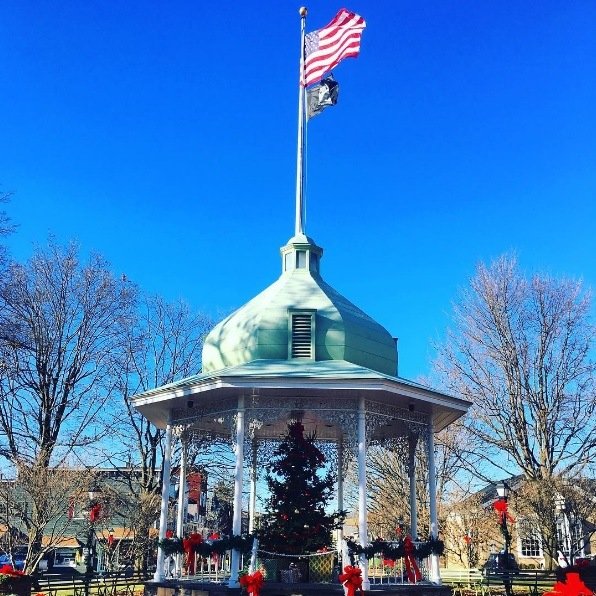 Settled in the 1760s, this town’s architecture retains its classic colonial heritage. History buffs will love Fort Ligonier, a frontier fort dating back to the French and Indian War. In addition to its storied past, Ligonier’s claim to fame is Idlewild Park, one of the oldest amusement parks in the country.

Virginia’s not for lovers — Taos, New Mexico is! Only a two-hour drive from Albuquerque, this romantic getaway is highly accessible despite its remote feel. Seated at the base of the Sangre de Cristo Mountains, Taos is the Southwest’s cultural oasis and a notoriously romantic destination. While bustling year-round, the town’s ancient Christmas Eve procession is especially enchanting. 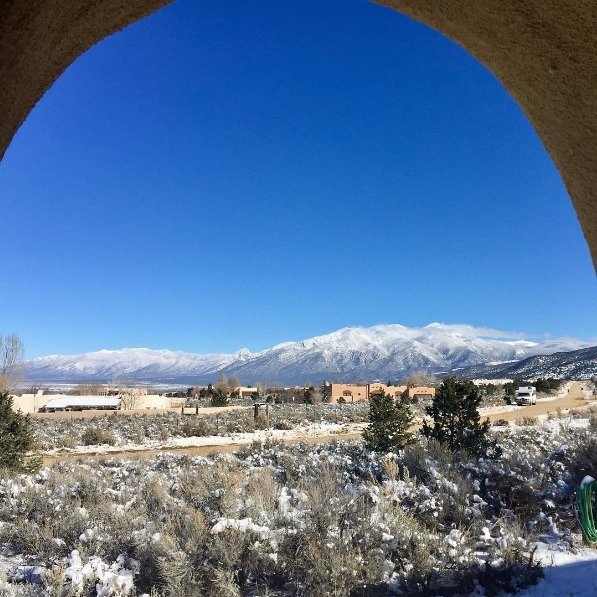 The small town serves as a mixing pot for Hispanic and Native American cultures, resulting in a thriving art and festival scene. Many visitors go to see Taos Pueblo’s multiple story adobe buildings, where the Tiwa Native Americans have continually inhabited for over 1,000 years. The Pueblo is the only living American Indian community designated as both a World Heritage Site and a National Historic Landmark.

Featured Image by AdmOxalate via Wikimedia Commons / CC BY 3.0