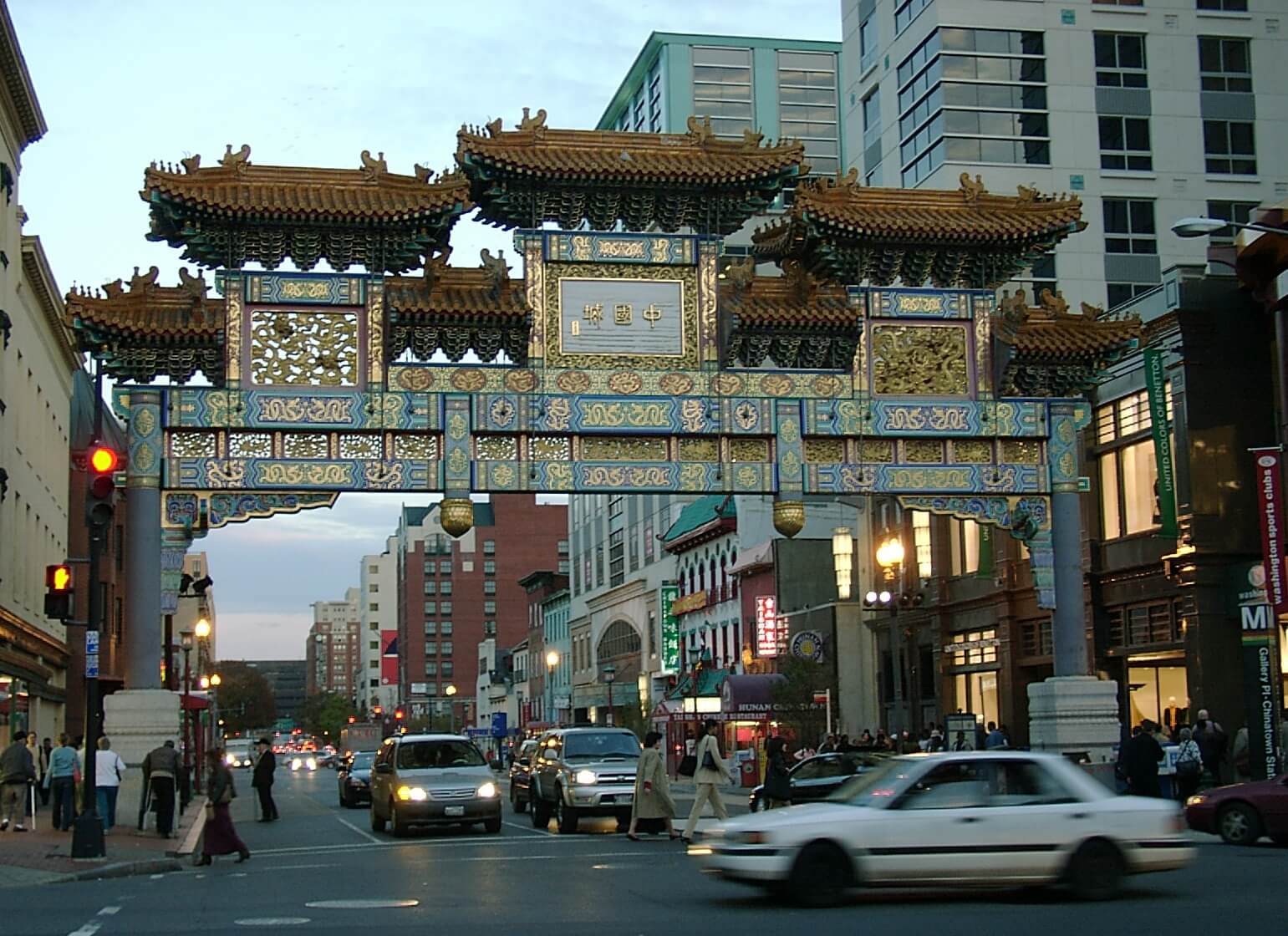 Much like the Christmas season, the Chinese New Year holiday is a time for families, reunions, and festive meals. The consumerist culture is part of the celebration, with splurging for food and gifts for your loved ones and even going on holiday vacations now a common—almost expected—practice.

In countries and communities with a predominantly Chinese culture, the Lunar New Year season is a month-long celebration. In China, for example, most employees take at least seven-day vacations, including three days of legal holiday. Meanwhile, students have a one-month vacation. Officially, however, the season goes on for 15 days, starting on the first day of the lunar month and ends on the 15th day.

Still, whether or not you have a Chinese heritage, experiencing an authentic Lunar New Year celebration will be truly memorable. If you want to an unforgettable holiday vacation, here are some of the top destinations for welcoming the Year of the Dog.

For all intent and purposes, Taiwan is officially recognized as an independent nation under the 1971 UN General Assembly Resolution 2758. However, the mainland brands it a rebel province. Despite the tension surrounding its sovereignty, Taiwan has preserved its Chinese heritage even as it continues to modernize.

What to do in Taipei during the CNY:

You can watch the Lantern Parade and Festival, held every year on the 15th day of the Chinese Lunar New Year, coinciding with the first full moon of the year. Taiwanese families spend dinner together, eating Yuanxiao (glutinous rice dumpling), carrying paper lanterns, and solving the riddles on the lanterns. Taiwan celebrates this holiday with fanfare events abound, including the internationally famed Pingxi Sky Lantern Festival in New Taipei City,

You can marvel at the fireworks display at the Taipei 101 skyscraper and explore an almost empty city a few days before the New Year as the inhabitants of the city head south.

If you are into architecture, the area south of Taipei Main Station is a good place as it has buildings of colonial designs, including the odd Gothic cathedral on Chungshan S. Road and China Road. This cathedral was built in 1916. If you want to see more traditional Chinese architecture, visit the five gates of the late Qing-era wall. The city was once surrounded by a wall.

The oldest Chinatown in the world outside China is in Binondo, Manila. It was founded in 1594 when the Spanish colonizers were just starting to establish their dominance in the archipelago. The Chinese community here has a well-entrenched culture, making Binondo feel like a piece of China separated from the mainland.

What to do in Manila during the CNY:

Manila is full of Chinese New Year-related products and activities. Whether you are a foodie, a health buff, a photographer or someone who simply appreciates the Chinese culture, there are several interesting activities you can do there during the season.

You can join its Lunar New Year fun runs. Every year, various groups organize fun runs during this season. Categories include 3km, 5km, and 10km.

If you enjoy Chinese food, try the world-famous yet affordable Chinese restaurants in Binondo. Take a bite of the tasty dumplings at Dong Bei Dumplings. Go to Binondo Church and search for the dumpling restaurant at the end of Yuchengco Street. Also try the dim sum at Wai Ying Dimsum at Benavidez Street, across Manila Chinatown Hotel. 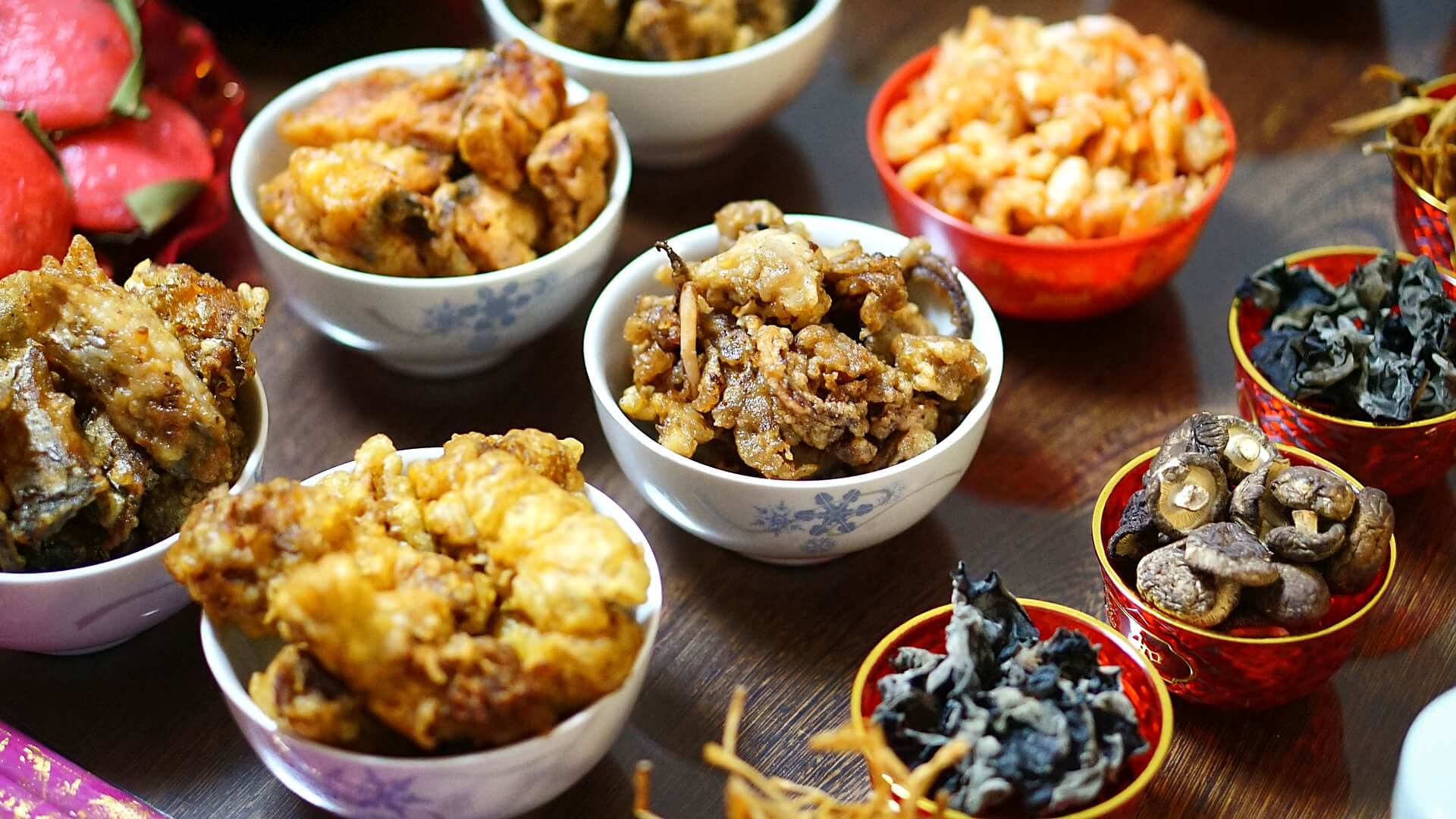 Food will always be a part of the Chinese New Year celebrations. (Source)

Discover (or rediscover) Chinese cinema by attending the Spring Film Festival. This event will be in its 12th year in 2018, which also features painting exhibits and workshops.

New York City has always been considered a cultural melting pot where various immigrants from all parts of the world come together. Among the most notable is the Chinese community.

What to do in New York during the CNY:

Watch the city’s exquisite Lunar New Year procession with elaborate floats and street performances, including the traditional Chinese dragon dance. This Lunar New Year opens with a reception at Saint George’s Church. You can take your breakfast of hot coffee and baked goods while waiting for the parade at Union Street and 37th Avenue.

You can buy various artworks, clothes, jewelry, home decor and other products from Asian American makers at the Artists & Fleas Soho organized for the benefit of Charles B Wang Community Health Center. If you’re not interested in shopping, you may opt to donate to charity and get invited to the closing reception.

Enjoy music, dance, and street martial arts demonstrations during the annual Temple Bazaar. There, you can also learn other Chinese crafts such as calligraphy and paper cutting.

Aside from China’s capital Beijing, there is no other place in China that is arguably more vibrant in celebrating the Lunar New Year than Hong Kong. It is the international destination if you want to marvel at the pageantry of the season. This island city is a former territory of the British Empire, which was turned over to China in 1997. It is famous for its financial district and shopping malls. You will experience the full cosmopolitan version of the Lunar Calendar here.

SEE ALSO  Portobello puts Eysa, the former owner of Emov, up for sale for $433 million

What to do in Hong Kong during the CNY:

Watch the amazing computer-controlled firework shows at the Victoria Harbor to be launched from barges and rooftops of buildings as music plays throughout the event. Watch performing arts groups perform at the Tsim Sha Tsui Star Ferry Pier.

If you are looking for decorative flowers, shop at the Hong Kong Chinese New Year Flower markets. You can find all sorts of fresh flowers from various parts of the world.

Participate in one of the oldest traditions in Hong Kong, the Lam Tsuen Well-Wishing Festival. In this event, people throw joss papers onto the wishing trees to make wishes. There are also more parades and banquets during the more than two-week festival for you to take part and witness.

The majority of Asians in Paris are of Chinese ethnicity. They immigrated from various parts of the world and settled in Paris. The main surge of migration, however, happened during World War I when Chinese workers were brought from Zhejiang province in China to help in the war. The workers and their families eventually became French citizens.

What to do in Paris during the CNY:

The festivities during the Chinese New Year season are among the most popular annual events in Paris. Tourists can join in the Marais parade. After the ceremonial opening of the dragon eye, the parade leaves from the Place de la République at around 2:00 pm on the first weekend of the New Year. Other parades include the Main Chinatown’s and the Belleville’s.

Foodies can try several famous Chinese restaurants in Paris. Among the most popular ones is the Trois Fois Plus de Piment, the best spicy Sichuan canteen near Centre Pompidou. Meanwhile, La Taverne de Zhao is a popular Chinese kitchen restaurant near the Canal Saint-Martin. Finally, Chinese Haute-Cuisine at Shang Palace is inside the Shangri-La hotel. It offers authentic Chinese cuisine in a Sino-French luxurious setting.