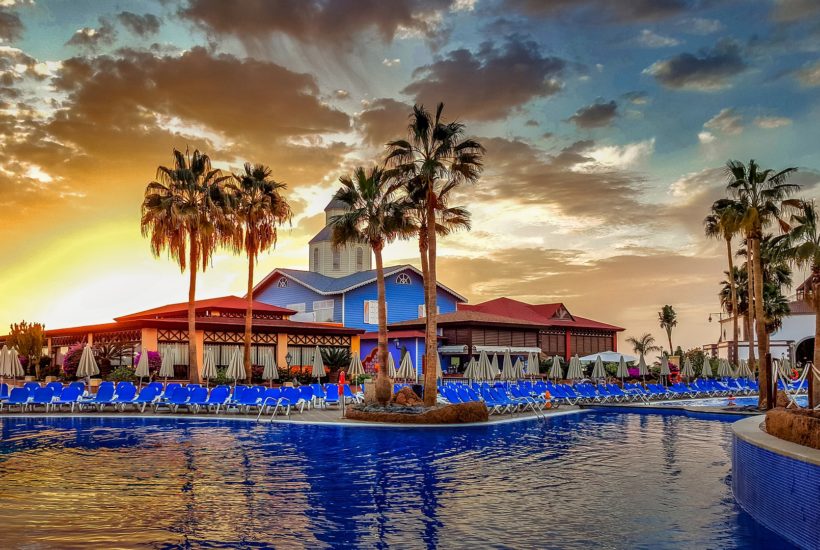 Tourism is already delaying its recovery at least until the end of September or the beginning of October, with an expectation that the months of April, May and part of June will be left blank. An increasing level of activity in the summer months is expected, but still far from the usual volumes. With Easter already lost and summer at a minimum, there are business people who are even going further with the prospect of almost total deterioration for the rest of the year. The president of AC Hotels by Marriott, Antonio Catalán, maintains, along these lines, that “as long as there is no cure or vaccine there will be no movement.”

This statement is linked to the psychological time needed for Spaniards to travel again and for international tourists to visit Spain again. This period, added to the at least two months of total closure, means that “it will take us at least three months” to stop, warned Exceltur’s executive vice-president, José Luis Zoreda.

Discover the latest economic news from around the world and how the tourism industry in Spain is trying to cope with the crisis caused by the coronavirus pandemic, with our companion app, Born2Invest.

In the most optimistic scenario managed by Exceltur, “from mid-June there will start to be some movement” and the level prior to the health crisis will not be recovered until October. All of this, considering the projections of organizations such as the Polytechnic University of Valencia, which pointed out that the peak of infections and deaths will be reached in Spain around May 20th. From that moment, he considers that “it will probably take a few weeks (between three and four) before travel decisions begin to be recovered,” with a slow and gradual return to normal.

In addition, demand is expected to recover at two speeds: a faster recovery in local and private car travel, mainly domestic demand, and limited size tourism supply elements; and a slower recovery in carpooling (mainly by train or air) for both domestic (islands) and international demand, or for collective accommodation.

Exceltur, therefore, believes that, in contrast to the government’s opinion, “the recovery will by no means be very fast” and will be, at best, in the form of a ‘U’ rather than a ‘V’. In this context, Zoreda stressed that the priority must be to “guarantee the survival of thousands of companies.”

SEE ALSO  If you want to sustain your leadership, remain ethical

He approved the measure aimed at facilitating the Temporary Employment Regulation (Ertes) Files, although he demanded more resources for their processing. However, in the financial field, the granting of guarantees by the State of $437 million (€400 million) for the tourism sector is, in its opinion, completely insufficient. “With this, we don’t even have enough for a company,” warned Zoreda. The priority of this first line for tourism is “meager, inappropriate and lacking the slightest realism in terms of meeting the needs of businesses.”

Therefore, the tourism industry is asking for more aid, both in terms of guarantees and facilities to postpone payments to social security and taxes, among others.

Even worse are the prospects of the Tourism Board, which already quantifies the extent of the economic losses for the Spanish tourism sector to more than $98 billion (€90 billion) this year. This was expressed by the president of the organization, Juan Molas, in a letter to the president of the government, Pedro Sanchez, in which he urged “exceptional measures” for an activity that represents 12.5% of GDP and 13% of national employment.

The study carried out by the Tourism Board, on the economic impact of the epidemic on tourism companies, outlines three possible scenarios according to the evolution of the health emergency.  Firstly, in the least negative scenario, the possibility is considered that the tourism season could begin in normal conditions at the beginning of June this year. This would represent an overall loss of $27 billion (€25 billion), taking into account the cancellations of several major events such as the MWC in Barcelona, the Fallas in Valencia, Feria de Sevilla, etc., not to mention the usual flow of tourism on these dates and in particular, Easter.

Secondly, if the season could not start until mid-July, this would represent a summer period of just over 80 days and losses could reach $49 billion (€45 billion), as the flow of foreign visitors could fall below 60% of the total number of visitors registered in 2019.

Finally, the worst-case scenario, that is, that the most important traditional markets (British, German, French, Italian, among others) could not or would not travel for health reasons or simply for economic reasons. In that case, the losses for the whole sector could reach more than $98 billion (€90 billion) and the consequent closures and bankruptcies of thousands of companies, as well as the destruction of a large percentage of tourism employment.

In his letter to Sánchez, the President of the Tourism Board expressed his disappointment that the Government has not shown special deference to tourism, which is a fundamental sector in the social and economic stability of the State as a whole. Spain is one of the most competitive countries in the world in terms of tourism.

“It hurts us that member countries of the European Union are taking measures of a high level and high responsibility that reflect a greater sensitivity, understanding, and commitment in favor of finding solutions in the short, medium and long term, with special financial, fiscal and labor measures, to avoid thousands of companies being forced to close down their activities for good,” argued Juan Molas in his paper.

As an exceptional measure against the crisis, the Bureau of Tourism requested the Government to immediately articulate and facilitate the amount of the lines of guarantees up to 100% of the credits for companies. Otherwise, it is argued, it will be difficult for the financial sector to articulate the lines requested.

The Tourism Board also asked the Executive to postpone tax payments in any area – state, regional or municipal – as well as social security contributions for the months between March and September, until the most convenient date agreed with the private sector.

In relation to the ERTES, the tourist grouping requires greater capacity, speed of management and the possibility of extending them beyond the end of the state of alarm, taking into account the fall in demand in general and the closures of companies.

(Featured image by nextvoyage via Pixabay)