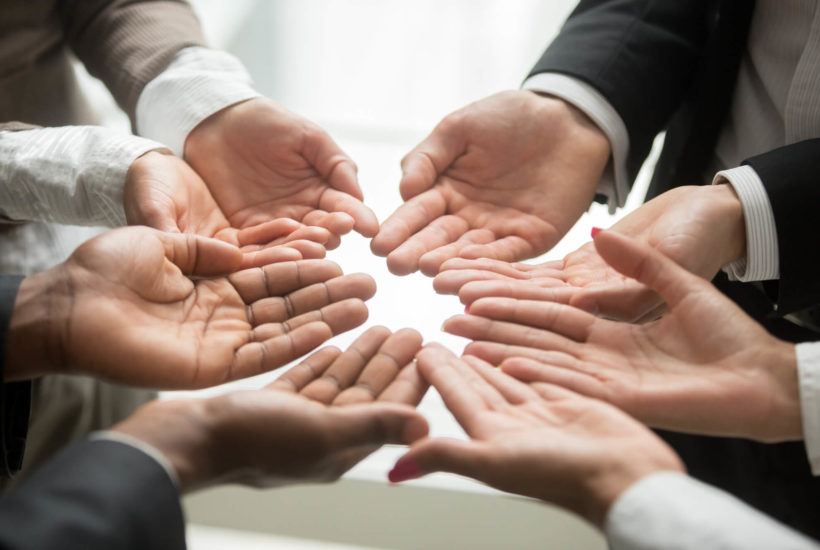 Crowdsourcing has historical precedents but the use of the word typically refers to sourcing ideas, work or money from the general public as enabled by the internet rather than from direct sourcing from an expert or firm. One of the most well-known forms of crowdsourcing is crowdfunding, which typically raises funds for new businesses or products via large numbers of people freely contributing in exchange for products or equity. Though crowdsourcing is often approached as a tool for new and established businesses, it also creates unique business opportunities for companies that choose to facilitate the crowdsourcing process, such as crowdfunding and gig economy platforms.

Wired editors Jeff Howe and Mark Robinson are credited with the creation of the term “crowdsourcing” to “describe how businesses were using the Internet to ‘outsource work to the crowd.'” This use of the term “outsource” is used to indicate that rather than turning to internal resources a company is going to the crowd outside the business walls. This use should not be confused with traditional outsourcing which goes beyond the business to established providers. The key idea is that crowdsourcing is a way of connecting with large masses of people that participate rather than simply consuming.

A pre-internet example would be contests that turned to the public for creative input. For example, a company might hold a public contest to pick a new mascot and ask the general public to submit artwork depicting a possible new mascot. So, instead of turning to a company’s internal art department or to creative firms specializing in such matters, the company turns to the general public, aka the “crowd,” which can be a mix of amateurs, professionals and all points between.

The addition of the internet

In the above form of crowdsourcing, a single product or idea is sought from the crowd. While the internet greatly facilitates the process, it does not change that process in a truly disruptive manner. One example of the above approach on the internet is 99designs which allows businesses and individuals to turn to the crowd for design work. Respondents create designs in response to what is essentially a request for proposals and the business then picks its favorite.

The addition of the internet opens up new territory in crowdsourcing not by disrupting the process of a general call for input but by allowing for even greater inclusiveness. Now, instead of crowdsourcing being a tool primarily for those larger businesses that can spread the word through advertising and earned media, it opens up access to the crowd to small businesses and individuals who might not otherwise be able to induce responses from a large enough pool to consider it a crowd.

These new participants are enabled by crowdsourcing platforms like 99designs which allow for individuals or single companies to receive a large number of suggestions and then typically choose one. So the crowd makes suggestion but the final outcome is likely to be the result of an individual’s response.

Crowdfunding as a form of crowdsourcing

Crowdfunding is now a well-established form of crowdsourcing that turns to the crowd for funds. Kickstarter is one of the most well-known crowdfunding platforms but there are many. In crowdfunding, an individual or business turns to the crowd to request funds. These requests include donations for health care, support for a new product which is then distributed to those who contribute and investment in new products or businesses that result in partial ownership by the crowd.

A pre-internet example of crowdfunding is that of a local community seeking donations to help someone who’s been in an accident and needs help with their hospital bill. GoFundMe is one of the best-known crowdfunding platforms for good causes. It allows those raising funds to go far beyond their local crowd to seek funds from a crowd that can be scattered around the world. Here all the contributions of the crowd go to the individual needing help.

Kickstarter allows creators to turn to the crowd for funds to support new projects. The crowd is then typically rewarded based on contribution levels and many end up contributing in order to receive the products when first released. This is called rewards-based crowdfunding.

Crowdsourcing as a business