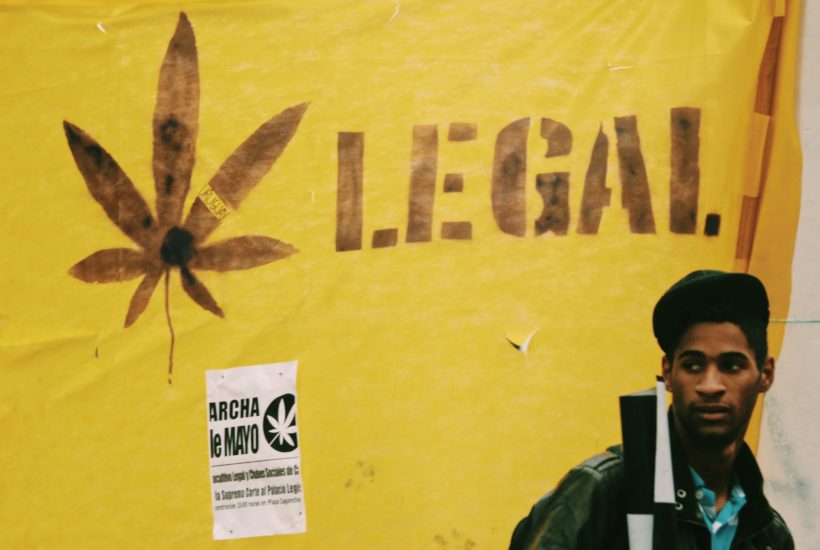 The National Drug Board (JND) and the Ministry of Tourism of Uruguay are studying the possibility that foreign visitors can access cannabis through the regulated market.

Tourists who visit the South American country seek to buy cannabis and, since they cannot do so legally, they end up buying on the black market. “I think it could be good for Uruguay to have an additional incentive for tourism,” Daniel Radio, secretary general of the JND, told El País.

Read more details about the cannabis market in Uruguay and when will tourists have access to legal cannabis with the Born2Invest mobile app. Find the most important economic news of the day with our companion app.

Although it remains a matter of discussion, some possibilities have already been raised: to remove the requirement of being resident in Uruguay to register in the list of purchasers, the signature of a sworn declaration, as well as to increase the price of the cannabis package for foreigners.

In that sense, the example of Canada was cited, where the visitor is allowed to consume cannabis and its derivatives if he is of legal age, to carry and share up to 30 grams (legal limit) and to buy in authorized shops.

This business opportunity made some Canadian cannabis producers organize guided visits and tastings of the product, like the route of the warehouses.

Another example is the case of Colorado in the U.S.A. There, the tourist accedes to a registry during the time that remains in the region and can acquire several grams of cannabis.

Nevertheless, no matter how much support the proposal to sell cannabis to tourists in Uruguay obtains, the Chancellery (by the international treaties and the bond with the neighbors) and the Ministry of the Interior (by the impact in the public security) are key actors in the decision.

The Minister of the Interior, Jorge Larrañaga, said that the Police of Brazil had detected the entrance of Uruguayan cannabis to the illicit market of the country.

On the other hand, Liliam Kechichián, ex-minister of Tourism, declared that Uruguay will never have cannabis tourism, since, during her administration, she sought to “combat the use of drugs, instead of it being an element of promotion or that the cities are transformed into a sort of Amsterdam of the south.”

Nevertheless, according to data from the Institute for the Regulation and Control of Cannabis (Ircca), the law regulating cannabis has managed to snatch more than $22 million from drug trafficking in the last five years.

Some data about the cannabis market in Uruguay

The head of the JND assured that the consumption of cannabis is on an upward trend, both in Uruguay and in other regions. According to the official, when the market of cannabis is regulated, no alterations are generated. He pointed out that even between 2016 and 2018 there was a slowdown in the increase of consumption among the youngest.

“The maximum production allowed to the two companies that already have crops would not be enough to satisfy the more than 42,000 purchasers. Furthermore, of the three new production licenses that were granted, only one is well advanced.”

In this context, the two varieties of cannabis which can be acquired are indica and sativa, which contain between 7 and 9% of THC and which, in turn, count on a high level of CBD, which represents a challenge as regards the quality of the cannabis commercialized in Uruguay.

The consumer, as already said, must be an Uruguayan citizen of legal age and be registered, otherwise the activity would be illegal and could even mean jail.

In agreement with the Ircca, of the total of 45,067 consumers registered at the beginning of the last year, 34,696 buy cannabis in pharmacies, whereas 6,965 decide to cultivate it in their houses and the 3,406 remaining consumers belong to some of the 115 existing cannabis clubs in the country.

It is allowed to buy a maximum of 10 grams of cannabis per week and 40 per month. Normally, packages of 5 grams are sold that have a cost of around $7 (300 Uruguayan pesos).

Added to this, in the case of self-cultivation, related to the recreational use of cannabis, in Uruguay up to 6 plants per household are allowed and 99 in the case of cannabis clubs, which, in order to qualify as such, must have at least 15 members and a maximum of 45.