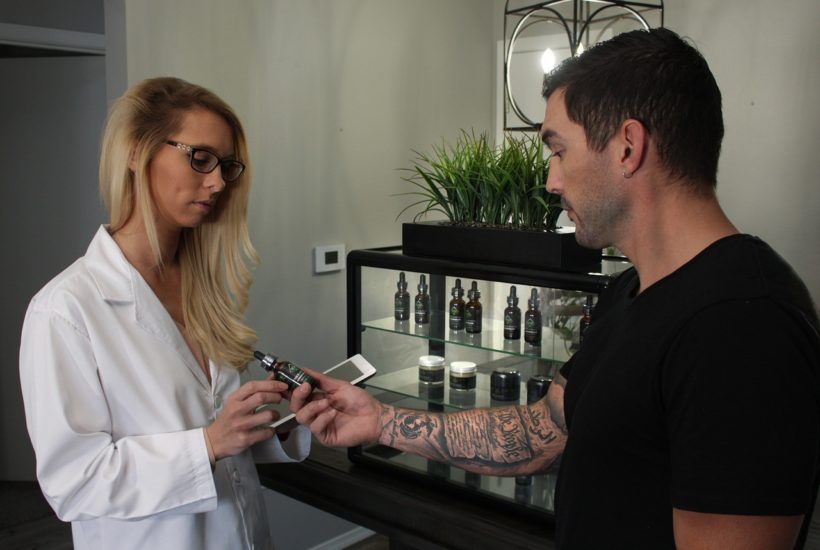 One of Uruguay‘s largest healthcare providers is incorporating pharmaceutical-grade cannabis into the treatment of chronic pain, Parkinson’s, Alzheimer’s, multiple sclerosis, fibromyalgia, and epilepsy, among other pathologies, and several patients are replacing opiates with cannabis.

Since the beginning of August, the Assistance Center of the Uruguayan Medical Union (CASMU) has been prescribing CBD, one of the active ingredients of cannabis, validated by the pharmaceutical industry.

Julia Galzerano, the doctor in charge of the clinic, has a sign in her office welcoming people to her “cannabis medicine” practice. An intensivist doctor specialized in the consequences of drug abuse, she started to study the symptomatology of various diseases with cannabis derivatives since Uruguay legalized it as therapeutic in 2013.

She is currently the president of the Uruguayan Society of Endocannabinology (SUEN), a growing discipline of medical science, both in scientific research and clinical practice in several countries. This specialty studies how the active principles of marijuana interact in the body.

“Cannabinoids are one of many components of cannabis. The best known are THC and CBD, but there are more than 130,” Galzerano pointed out in an interview with The Associated Press. “According to the symptom a cannabinoid and the dose is chosen,” he explained at the Montevideo clinic where he has not had a free consultation shift since it opened in early August.

“In general those who come to medical cannabis are people with lots and lots of medication,” he explained. A large majority of patients with chronic pain have decreased their use of opioids since using cannabis, a change that reduces the risks derived from these painkillers for physical and psychological health.

“Cannabis potentiates opioids, they act on the same system and that means that fewer opioids are used. Some people get to suspend them and that decreases adverse effects such as dependence, it also helps to take out other medications,” said Galzerano based on hundreds of clinical histories that support his words.

Since its legalization in 2013, cannabis has aroused the interest of many Uruguayans, especially those of legal age, because it has been associated with improvements in various pathologies. However, while it may be very good for many it may also not have the desired effects or meet the high expectations about the therapeutic potential of the cannabis plant’s active compounds.

“Sometimes people think that with cannabis you don’t need other medicines. They come in search of a cure after having gone through many, many treatments. We explain that it is not magic. Sometimes it doesn’t work, sometimes they have a chance of getting better, but it won’t cure them,” Galzerano explained.

The specialist has trained almost 300 doctors in her country and has seen the positive evolution in the way doctors look at the uses of cannabis in treatments that often do not work with traditional drugs.

In 2016 SUEN organized the first course for physicians in Uruguay

Since then, the evidence, but also the looks of a part of the medical body have changed. “At that time there was a lot of skepticism and disbelief, cannabis was looked at very strangely, but that has been changing. 100% of doctors don’t handle or approve of cannabis, but more and more are referring to the doctor who knows about it. People really want to consult,” Galzerano explained.

Another healthcare provider is close to opening the second cannabis clinic in Uruguay and CASMU is soon to open a polyclinic specializing in children and adolescents, especially for palliative care -those that mitigate discomfort when death is imminent-.

One of the most common uses of cannabis in children is to stop epileptic seizures, which in some cases can be dozens in a day. In these cases, not always but on many occasions cannabis “improves the quality of life and the social bonding of children with autism spectrum disorders. It also gives peace of mind to the families. The advances are incredible, you have to see them,” says Galzerano. “The expectation is great,” he explained.

Uruguay also regulated adult and recreational use in 2013. Since then some 66,000 people have registered to legally access cannabis. But access to medical cannabis has not been as easy for thousands of people because of the strict regulations in place to market a drug. This has caused those who find improvement with cannabis to turn to a “gray market,” Galzerano said.

SEE ALSO  The road to sustainable green living with e-vehicles

SUEN has repeatedly requested the use of pharmaceutical-grade THC to the authorities but without progress. “There are pathologies that we treat with THC: such as pain and some cancers… but we need a regulated THC because I want people to be safe when they use it,” remarked the specialist.

First published in AP NEWS, a third-party contributor translated and adapted the article from the original. In case of discrepancy, the original will prevail.