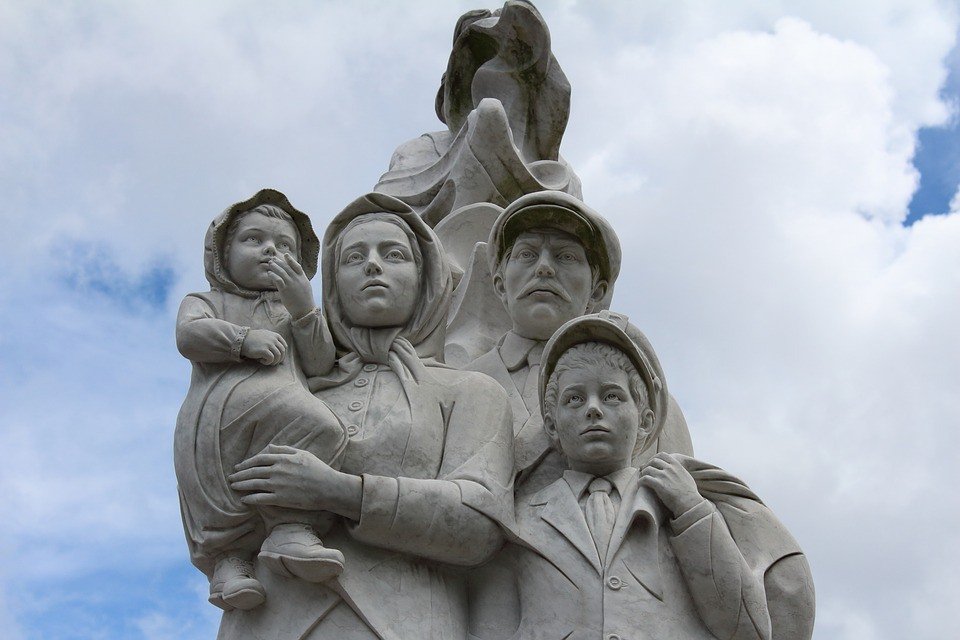 There was a great article in Bloomberg Opinion by Noah Smith.

It starts off reminding us that we’re doing similar things now as we were in the late 1920s, before the 1929 crash and Great Depression. During a major bubble, the Fed started tightening in 1928. In 1930, Smoot-Hawley was passed. It raised import duties, which set off a trade war.

That trade war actually started indirectly with World War I and didn’t end until after World War II. Though it saw its worst during the Great Depression with the direct tariffs.

I look at that peak and deceleration in my new book, “Zero Hour,” as well as what I see as a second major peak. Trump is only the beginning…

Like Smoot-Hawley, a trade war will naturally be accelerated by a coming global depression when countries naturally get more defensive and protectionist. So, major alarms should already be going off. And Smith suggests that the biggest blow was from curbing immigration.

There was a bomb on Wall Street and numerous other incidents of immigrant unrest.

The Italians and Irish were blamed, and resented, back then.

The Johnson-Reed Act (or the Immigration Act of 1924) was passed to curb immigration—and it did.

Housing prices, permits and starts peaked a year after that legislation in 1925 and started heading down sharply—helping to precipitate the inevitable great crash.

Once the economy finally broke, immigration continued straight down into the bottom of the Great Depression, when it hit a mere 23,000—near zero—in 1933! 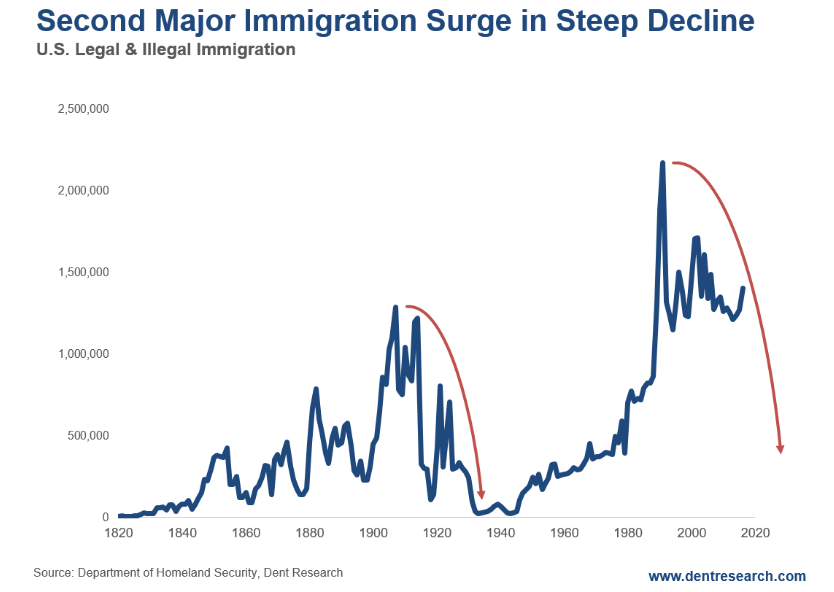 In the current cycle, illegals already peaked in 2007. That population is down 4 percent since, with more leaving than entering.

Immigration overall peaked back in 1991 at 2.2 million. Then again in 2002 at 1.7 million before crashing again. Immigration hit a low in 2013 at 1.2 million, and has bounced only slightly since.

The strong anti-immigration push—illegal and legal—is likely to start another steep wave down that could help ignite a recession. That, inevitably, will turn into a depression, given the unprecedented bubbles and stimulus of this era.

This, to me, has a more imminent, fundamental, and lasting impact—as it’s demographics. I agree with Smith on this being the most critical factor today, as it was back in the late 1920s.

Immigrants need housing. Mostly rentals, at first, leading to more purchases later down the road. They produce and buy goods and services. They mostly move into larger cities that are magnets for growth and innovation.

Noah Smith uses a 2016 study from economists Philipp Ager and Casper Hansen that showed a negative impact on manufacturing, and the rise of lower-wage jobs (to replace immigrants) in cities most impacted by falling immigration rates. The most likely prediction I have for the next depression currently is between 2020 and 2023.

Right on that 45-year cycle that repeats every two cycles, or 90 years in great resets like the massive economic lows of 1843 and 1933. After those two long-term peaks, the largest two bubbles in U.S. history crashed into depressions—as always occurs.

And stocks will repeat 90 years after the 1929-1932 stock crash, likely in late 2019 through late 2022. The present rally is looking less likely to peak later this year (although the jury is still out on that, and more evidence is building for a peak later this year).

Currently, our nation has again decided to fight immigration more seriously at the wrong time… And started trade wars while raising rates rapidly, thinking the economy is strong enough to handle it!

This is adding to the Baby Boomer Spending Wave crash from 2008 to 2023, which only unprecedented QE and stimulus has offset so far. That’s the only reason for any apparent economic strength, not underlying fundamental trends.

There’s a limit to such stimulus—now tax cuts—due to the law of diminishing returns, as any drug addict well knows. Once the economy does finally break, immigration will drop like a rock making the whole downturn even worse. And the trade wars will grow exponentially. Just like in the early 1930s…

Will you be ready?