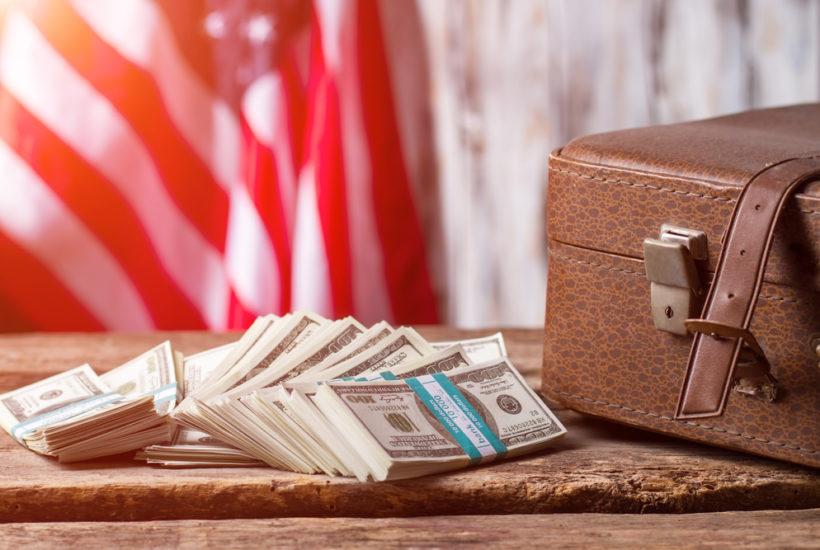 I’ve got friends on both sides of the political aisle.

Some are huge Trump supporters. They’re giddy over his tweets about “The Squad.” They think, why not call out people who demean the country? And if they don’t like it here, why don’t they just go anywhere else?

And how about enforcing the rule of law once in a while by sticking to our immigration policies? We’re not rounding up migrants because they come from other countries; we’re demanding that they comply with the law, which means leaving the country when their asylum claims have been denied after a hearing.

Other friends don’t agree. As card-carrying liberals or even conscientious conservatives, they can’t abide by much of what the president does or anything he says. They feel betrayed when he pushes zero tolerance in dealing with migrant families and see the world going backward when he eases regulations on coal-fired electrical plants.

And tax reform? That was a gift to Trump himself and his wealthy friends. When it comes to foreign policy, they see an inept bumbler alienating our allies while sucking up to our enemies, all while Iran and North Korea build nuclear weapons.

It scares them to death.

The two sides don’t seem to agree on anything and hope their respective leaders will fight to the bitter end to protect their points of view and interests.

Well, those leaders are fighting alright, but not for any of us – and the proof is there for everyone to see in the new spending bill.

Political leaders just tacked on $320 billion in new debt over two years and $1.7 trillion in additional debt over a decade. And they’re happy about it, claiming they avoided a shutdown and were able to spend more on the military and domestic programs.

How hard was it to say, “Hey, let’s just keep racking up the debt and spending it without doing the hard work of living within our means”?

The biggest goal these politicians have is their own re-election, not good stewardship.

Both sides act as if the magic pony theory of money, Modern Monetary Theory, which claims you can borrow forever as long as you borrow in your home currency, makes sense.

But if they read the theory, they might find the flaw. When lenders refuse to give you more money in your home currency, you’re screwed. You just don’t know when that’s going to happen.

Acting as if interest rates will remain at record lows for all time is idiotic. Rates will march higher one day; when they do, our national debt, which currently stands at $22 trillion and is increasing by $1 trillion per year, will become breathtakingly expensive. The interest payments alone will crowd out other spending, requiring us to borrow a lot more, spend a lot less, or pile on the taxes.

Which one do you think will happen?

When the fateful days come, when the government can’t print its way out of the mess for fear of crashing the economy, the politicians will look around and wonder how they can fill the gap. And they’ll eventually land on our assets. They will claim that they need more tax dollars and it’s our patriotic duty as citizens to support the nation.

What about their support?

What about government officials who take an oath to protect the nation and faithfully execute our laws?

SEE ALSO  The tone of the futures markets is mixed

The worst part is, few people seem to care. A few conservative Senators are making a stink about it, but they’ll be shouted down “for the good of the party.”

I think the national debt was mentioned exactly one time during the Democratic debates, showing zero appetite for even broaching the subject. And Trump has always had a penchant for using debt.

In a way it seems the two parties reflect the views of the majority of the nation – give me what I want, what I think I deserve but don’t ask me for more money.

That might work for a few years – and in the history of a nation, a couple of decades is just a blip in time – but eventually, the debt comes due. When that happens, we won’t be asking people for more, we’ll be demanding it, and then simply taking it.

As a wise person once wrote, a train wreck in slow motion is still a train wreck. Right now we’re all stuck on the train.