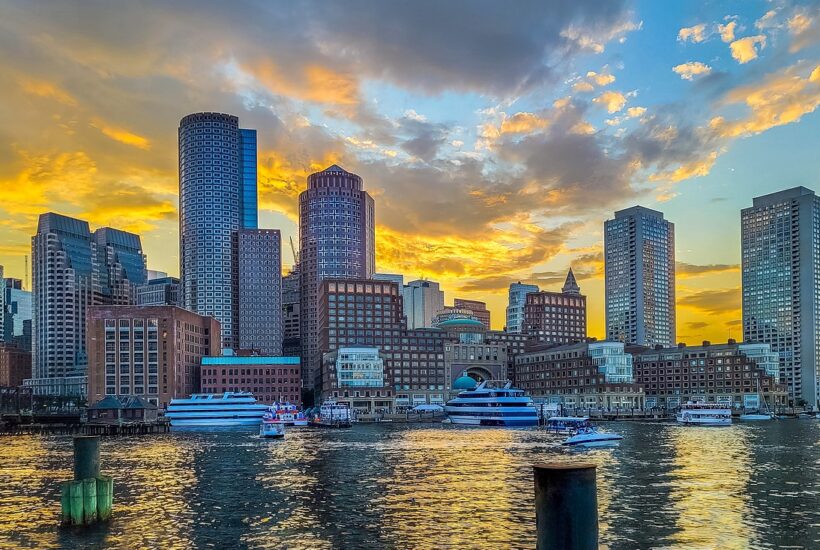 Climate change has been the cause of immeasurable damage over the last few decades, and there is no end in sight. In addition to the tragic loss of lives, natural disasters have impacted at least some part of the infrastructure in every region of the country. To halt the devastation, the federal government has allocated massive amounts of funding for repair, remediation, and sustainability projects.

Cleaning up, repairing, and replacing public assets after weather-related disasters is costly, and launching sustainability projects for protection against future disasters is often even more costly. But with new funding available, there now exists a plan to reverse what has become the norm. The projects about to launch will require public-private sector collaboration throughout America.

The Massachusetts Port Authority’ recently announced plans to make the state’s port infrastructure carbon neutral by 2031. That objective calls for an investment of $1 billion over the next 10 years of project phasing. In the first three years, funding is allocated for projects that target a reduction in emissions from port equipment on the ground and from airport-operated public transportation. That effort will also include projects that deliver on-site sources of renewable energy, install electric ground support equipment, and replace airfield lights with energy-efficient LED bulbs.

In Washington, D.C., city planning officials and the Homeland Security and Emergency Management Agency received $20 million to fund a project that will deliver more sustainable power infrastructure. The city will develop a microgrid and dedicate it to supplying a nearby hospital campus and five other critical health-care/public safety facilities with renewable energy so that, in the event of an extreme and unpredictable weather event, there will be a resource to maintain power and protect citizens.

Vehicle electrification is becoming a common feature of most long-term plans to neutralize carbon emissions. The federal government is aggressively supportive, and the most recent iteration of that is the new Carbon Reduction Program–a $6.4 billion pool of funding through the Federal Highway Administration. The program is designed to support the deployment of alternative fuel vehicles by providing state and local officials with the funding they need to purchase zero emission vehicles. These funds also may be used to support projects relating to reducing congestion and electrifying port system fleets and equipment.

State officials in California recently announced that $1.5 billion will be available beginning in 2023 for electrification-related purchases. This funding will be allocated to school districts throughout the state to replace non-electric school buses with electric buses and implement charging infrastructure.

In New York,  $1 billion will be available in 2023 for school districts and transit authorities to electrify their fleets. The state also will support statewide build-out of bus and passenger electric charging infrastructure.

Several states have outlined plans for fleet electrification in their budgets for the 2023 fiscal year. Pennsylvania’s Southeastern Pennsylvania Transportation Authority (SEPTA) is in the midst of early design work on transit electrification projects. The SEPTA planning includes funding for the electrification of a regional trolley system. The initiative is backed by over $1 billion in funding and will unfold over the course of several years.

In addition to fleet electrification, another SEPTA initiative will focus on installing LED lights across all city-owned streets. When completed, the city-lighting infrastructure will lessen the draw on nonrenewable energy and promote a shift toward carbon neutrality. It also will significantly reduce the cost for power.

Citizens throughout the country in recent decades have watched the destruction and danger created by wildfires in California. The last few years have included some of the most devastating wildfires in the state’s recorded history. To change this trend, the governor’s budget includes $1.5 billion for a Wildfire and Forest Resilience Package. The plan includes $88 million for prescribed burning programs — essentially, projects to mitigate wildfire effects by professional pre-burning cycles. The plan also directs the state fire marshal’s office to develop a proposal requesting professional services on “a prescribed fire training center,” and this project is scheduled to go out to bid in 2023.

The state of Texas leads the nation in flood fatalities, and a $29 billion project has been designed to mitigate that climate-related threat to human health and safety. Through coordination with the U.S. Army Corps of Engineers, state leaders and Texas communities near the city of Galveston are working on a massive “Ike Dike” plan to mitigate storm surge hazards. State lawmakers are working to secure funding for the estimated $29 billion project. The plan will center on a massive sustainability effort to install gate towers across the mouth of Galveston Bay that spans Galveston Island’s west end – one of the city’s most densely populated area. The objective will be to protect 10 miles of seawall against intensified Gulf storm surges.

We are continually reminded that we must strive to mitigate the effects of weather-related disasters. As increasingly severe wildfires ravage communities in the West and sea-level rise threatens communities along America’s coastlines, it is likely that every level of government will continue to direct a steady stream of funding for efforts to mitigate hazards associated with climate change. There will also be an abundance of funding for projects that promise sustainability and the protection of citizens.

Another federal agency, the U.S. Department of Agriculture (USDA) recently announced an additional $1 billion in funding for the next wave of sustainability innovations. State and local governments can access the funding as early as summer 2022. The resulting projects and initiatives will require both public and private-sector innovation and expertise.

The staggering flow of new funding – tens of billions – is connected to one common goal – assurance that the country and its citizens can survive, endure, repair, and mitigate weather-related disasters in the future.

(Featured image by MOHANN via Pixabay)