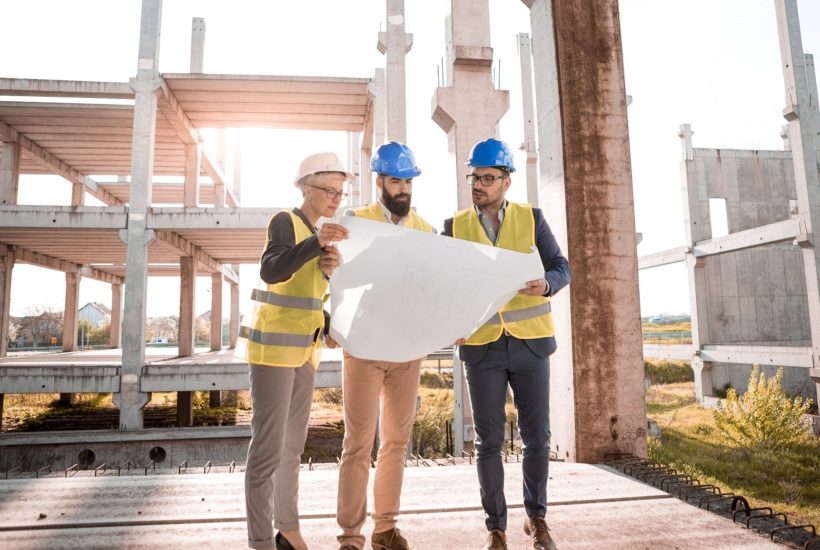 By all accounts, 2020 is shaping up to be a banner year for government contracting. Following years of growth since the last recession, the year has begun with gusto. Earlier fears that the marketplace might be fragile because of government uncertainty seem to have vanished. Public officials are announcing large new project launches on a weekly basis.

Here’s a small sampling of the types of upcoming projects that provides a positive glimpse into what can be expected from government contracting opportunities over the next 12 months.

The Louisiana Coastal Restoration and Protection Authority plans to spend $958 million according to its Annual Plan. Funding for the projects will come from Deepwater Horizon oil spill of 2010, other federal sources, and state government coffers. The plan includes a three-year forecast of project launches that total $1.13 billion. A couple of projects are related to the construction of a living shoreline of oyster reefs along the eastern edge of the Biloxi Marsh at a cost of $21.5 million. A first payment of $35 million is allocated to re-create part of the Golden Triangle marshes of the Lake Borgne shoreline.

A $400 million renovation of the Louisville Muhammad Ali International Airport will begin in 2020 as part of a five- to six-year master plan called SDF Next. Aesthetic improvements at the airport will include modernizing the terminal’s facades on the upper and lower levels and developing its outdoor walkways with green space and sitting areas for travelers’ in-between flights. The airport also plans to replace a moving walkway in the center of the terminal and 24 jet bridges used to board planes. SDF Next outlines plans to add more parking, implement a new automated garage system, and update baggage claim carousels, escalators, elevators, and restrooms.

Birmingham’s Design Review Committee has approved design plans and construction requirements for upgrades at the Birmingham-Jefferson Convention Complex (BJCC). The complex’ board will soon release a construction package and begin a procurement process. The $123 million renovation project is projected to take 18 months. It includes a glass-walled plaza, suite-level and premium club spaces, and crowd flow enhancements. Changes also are planned for the plaza areas of the facility.

Design for a $90 million expansion of New York City’s storm-damaged 79th Street Boat Basin will begin early in 2020 with construction to follow. The five-dock boat basin will expand by four additional docks. The new expanded facility will double the size of the existing dock house and bring it up to ADA regulations. There are additional plans to develop retail leasing opportunities.

Travis County has announced plans to construct a $79 million women’s jail. Negotiations are underway for a design contractor. Women are currently housed in three separate buildings, and a recent study alerted officials to numerous challenges faced by women attempting to attend support programs and/or get medical treatment. The new jail will provide a 350-bed facility and is part of a $616 million facilities master plan that will also add a central booking facility, a training academy, and a health care services building.

The city of La Crosse, after working many years on the River Point District project, appears ready to launch the project in 2020. Officials will complete a site investigation by April and issue a solicitation document soon after that. The 65-acre district will be 20 percent commercial and 80 percent residential, and development costs are estimated at approximately $22 million. The neighborhood, located at the water’s edge at the confluence of the Mississippi, Black, and La Crosse rivers, will eventually provide more than 800 residential units and dedicated locations for offices, shops, and restaurants. The River Point District is located inside a designated Opportunity Zone so investors will receive special tax incentives.

Pensacola officials spent 2019 discussing ways to improve the region’s waterfront. Now, three projects will be launched and delivered through public-private partnerships. The projects will convert Bruce Beach into a waterfront public park that connects to the Maritime Park, the Hashtag connector project, and the completion of the West Main Master Plan. The Hashtag includes four streets that intersect, and the projects will create a designated location with easy access. Related projects will include construction of a marina marketplace, closure of a circular road at the end of the street, and the creation of a walkable square with food shopping, and other amenities.

The Gunnison-Crested Butte Regional Airport will get a makeover, and Gunnison County officials plan to release a request for qualifications (RFQ) for a construction manager very soon. The project’s first phase is estimated to cost $17 million. It will include a new airport entrance, additional signage, and upgrades to the parking area. Construction will include consolidating the terminal’s four entryways into only two. Security will be expanded and passenger flow will be improved. Stairways and an elevator will be replaced, and numerous other upgrades are planned. The first phase will begin in the county’s 2020 fiscal year.

Cities and counties throughout the country are upgrading public assets, expanding airports, constructing jails and medical facilities, and collaborating with private-sector partners. Infrastructure is being repaired, and public officials are working hard to improve citizen services. Government contractors will find upcoming projects of all types in every state.